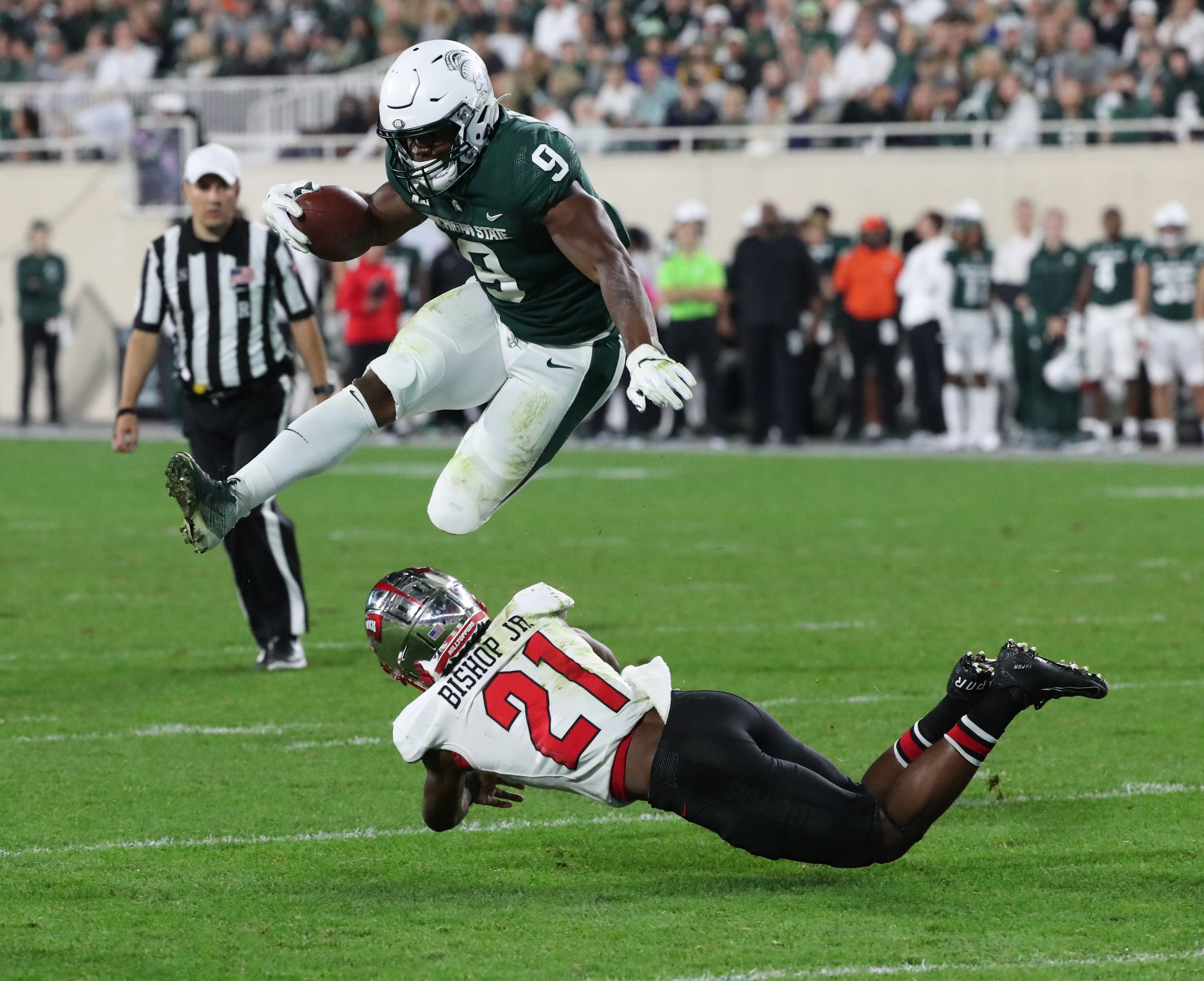 The leaves are turning, and the pumpkin spice lattes are being poured before we watch our favorite college football teams go to battle! Fall football is always full of big upsets, big surprises and lots of tailgating. As it stands now, the SEC has a new king and the Big 10 is here to stay! For this week’s action we are turning our attention to one of the biggest year-over-year turnarounds in college football; Michigan State at Indiana.

At the start of the season, if you asked me if I would be backing the Spartans when they made the trip to Indiana, I would’ve told you you’re crazy. If you would have asked if I’d thought they’d be road favorites, I’d probably would’ve laughed in your face. That’s the beauty of College Football. In year two Mel Tucker has the Spartans rolling! The Spartans are 6-0 and have already hit their preseason win total set by Vegas.

For Indiana, this has been a nightmare season. Tom Allen’s team was excited to start the season with a healthy Michael Penix Jr and momentum from last season. So far, it has been a rollercoaster for the Hoosiers. They started the season getting dominated by Iowa in a game which many thought they would be competitive. The Hoosiers have struggled defensively all season, allowing 28 points per game while letting teams run all over them. It also doesn’t help when you are having terrible quarterback play. In games against Iowa, Cincinnati, and Penn State, Penix Jr has thrown for less than 550 yards, only two touchdowns and seven interceptions. Now with question marks around Penix Jr’s availability, they have been coy about who will be under center Saturday. Whether it be Penix Jr or Jack Tuttle, the Hooisers will have their hands full.

I will be backing the Spartans -3.5 (-110) odds via FanDuel this weekend. If you haven’t heard the name Kenneth Walker III, you should do yourself a favor and watch some of his game tape. Walker has been running like a man possessed. The 210 lbs. junior already has 913 yards and nine touchdowns. Indiana has played a few quality backs to start the season, but they have not played one like Walker. I expect Walker, who already has a pair of 200+ rushing games to at worst break the 100-yard threshold.

The Spartans are 4-1-1 against the spread this year and should have no problems handling the struggling Hoosiers. Regardless of who is under center for the Hooisers, I am still confident the Spartans handle business.

Kenneth Walker III is a few Heisman moments away from being crowned this year's Heisman. I am adding him to win the Heisman +2000 via FanDuel Sportsbook.