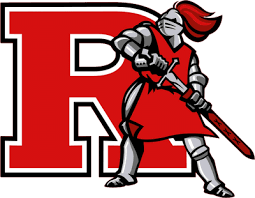 Last week we enjoyed an easy win at the expense of Rutgers with Michigan State cashing our spread play. We have now hit back-to-back articles with Boston College spread and Michigan State spread. While this week may not have the biggest names playing I think there is plenty of value on the board. Rutgers faces Northwestern this week in a highly anticipated matchup between two conference opponents. These teams haven't been the most successful in recent years but It definitely will be a game to keep an eye out for on Saturday.

This line is honestly puzzling to me, Northwestern and Rutgers appear to be two drastically different teams priced at about the same level. While Rutgers has faced some of the best competition in football and put up a pretty good fight, they are still being disrespected with this line. Northwestern strength of schedule has been well below average and when they were faced with tougher opponents dropped the ball consistently. Rutgers three losses are all teams that are nationally ranked opponents and Northwestern really shouldn’t be too much of a problem.

Rutgers started off the season incredibly hot and we’re even gaining national media attention at that point. Since then they faced a gambit of incredibly tough opponents and have been forgotten about by the national media. Well, I don’t wanna be too harsh on northwestern, they aren’t remotely close to the level of competition that Rutgers has lost to. This feels like a -6 or -7 type of spread to me which makes it super attractive.

Northwestern is going to be a team that struggles to throw the ball, if they can’t establish their running game early it’s gonna be incredibly hard for this team to fight from behind. Rutgers has done a good job getting off to fast starts this season and I expect them to take an early lead and grind the clock from there. This Rutgers defense is good enough where Northwestern is going to have problems all game and I’m still surprised that this line is so close.

Best Bet - Rutgers Mo neyLine -130 Draftkings 1u. Make sure to check out all the amazing premium BetKarma tools right now!