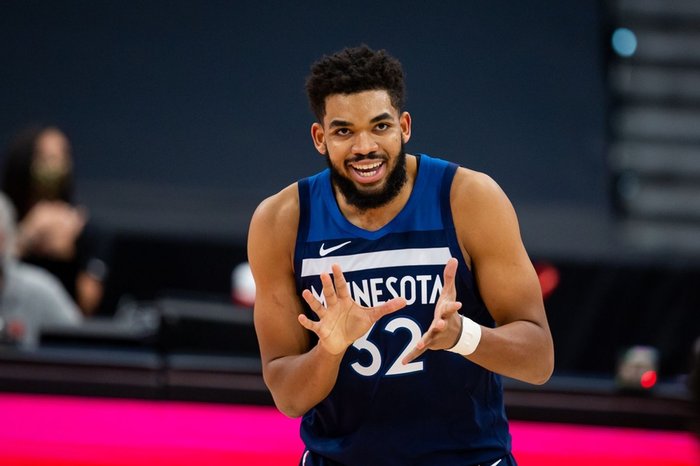 One week of the NBA regular season is in the books! We’re starting to get a picture of how rotations and minutes will line up and who are the guys that we can hope to count on. Monday night gives us nine NBA games to enjoy. Let’s get after it.

Folks, the Pelicans are making a case for the worst situation in the NBA right now with Zion Williamson out indefinitely with another injury and the team losing their first three games of the season by a combined 43 points. There is no reason not to pick on them with our NBA prop bets until they give us a reason not to. Their latest loss was in Minnesota to Karl-Anthony Towns and the Timberwolves. Towns has come back with a vengeance to start this season with 30 points in Game 1 vs Houston and 25 points in Game 2 vs New Orleans. With Towns back to playing like an All-Star and the Pelicans having nobody who can really guard him, let’s go with the over 24.5 points for KAT. Feel free to combine this with the Timberwolves moneyline. If KAT has the big game we expect, chances are Minnesota is improving to 3-0 on this young season.

After starting so well last year, Grant has struggled to start the season for the Detroit Pistons. Grant is shooting just 36.4 percent from the floor in his first two games. The good news? Grant continues to shoot his shot, attempting 33 shot attempts in Detroit’s first two games. With Cade Cunningham still out with a high ankle sprain, Grant is for sure the No. 1 option for the rebuilding Pistons. Grant faced the Hawks three times last season and put up 32, 27 and 18 points in each of the contests. Even if this game becomes a blowout, somebody has to put up points for the Pistons. I expect that to be Grant.

While the wins haven’t been there, Paul George has been fantastic to start the season, averaging 35 points, 10.5 rebounds and 5 assists per game. Expect another big scoring outing for PG13 tonight against the Trail Blazers who allowed 114.8 points per game a season ago. Early on this season that number is a similar 114.5 points allowed per game. George was excellent against Portland last season as well. Maybe it was the trash talking back and forth with Damian Lillard a few years ago in the playoffs to motivate him in this matchup but PG13 averaged 30.7 PPG, 8 RPG and 5 APG in three games vs the Trail Blazers last year. Expect this to be a fast-paced game where George fills up the box score.