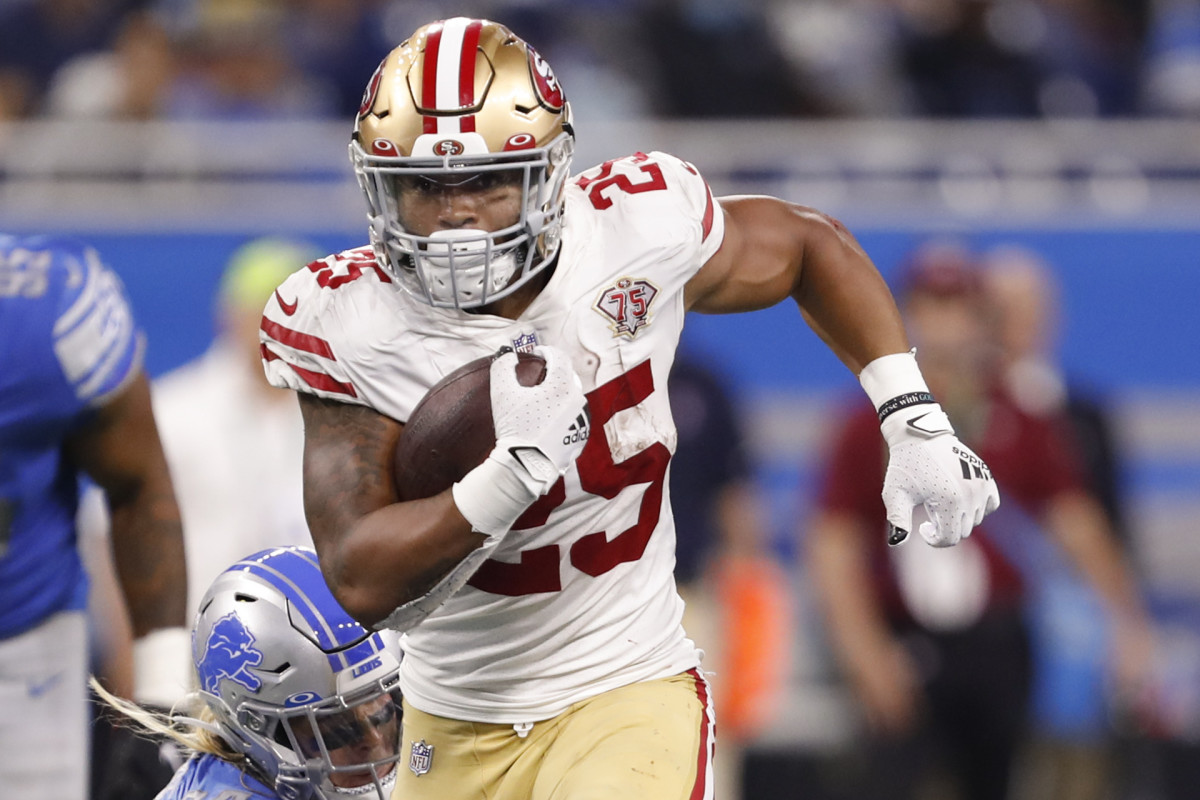 The San Francisco 49ers will travel to Soldier Field for a matchup against the Chicago Bears this weekend. It’s a matchup between two below-average teams this season. San Francisco owns a 2-4 record with a -14 point differential. Their wins are less than impressive, beating the Detroit Lions and the Philadelphia Eagles in relatively close games. Chicago enters this game with a 3-4 record and a -61 point differential. They own wins over the Cincinnati Bengals, Detroit Lions, and Las Vegas Raiders.

The odds are surprisingly close, although they represent two struggling teams. The 49ers are currently -4 point road favorites. The line’s shifting their way, as well, as they opened as -3.5 point favorites. The game total opened at 43.5 points and has dipped to 39 points throughout the week.

Elijah Mitchell enjoyed an outstanding career over 4 seasons at Louisiana. He posted 3,267 yards and 41 touchdowns on carries over 42 games. Mitchell averaged 6.2 yards per carry throughout his collegiate career. He also added 49 receptions for 597 and 5 touchdowns before being drafted in the sixth round by the San Francisco 49ers.

The first set of injuries is to Raheem Mostert and Jeff Wilson. Wilson’s been out the entire season thus far, while Mostert was injured in Week 1 against the Detroit Lions. It opened the door for Mitchell to take over as San Francisco’s lead back. He’s played 60%+ of the offensive snaps in each of his healthy games this season.

Robert Quinn’s returning from the Covid list this weekend. He’ll be a great addition to the Chicago defense, although he’s better against the pass than the run.

Even with Quinn returning, Chicago’s defense is struggling with injuries. Khalil Mack’s doubtful to play with a foot injury this weekend. He’ll be a massive loss to the Bears' defense, even if he isn’t their best run defender.

Tashaun Gipson and Akiem Hicks are also questionable after being limited at practice throughout the week. Neither’s graded out well against the run this season, meaning they’ll have less of an impact on this bet if active. Angelo Blackson, who could draw the start for Hicks [if he’s out], has graded out even worse than the starter, per PFF. Surprisingly, DeAndre Houston-Carson’s graded out as one of the best safeties in the NFL, finding plenty of success against the run. It may be more beneficial to Mitchell if Gipson is active this week.

The Bears have struggled against the run this season. They’re allowing 122.1 rushing yards per game and 4.4 yards per attempt thus far. Chicago’s allowed a few big games on the ground, including Nick Chubb, Kareem Hunt, and Leonard Fournette all over 80 yards.

A key to this game is San Francisco being a -4 point favorite with the odds shifting wider throughout the week. Mitchell’s recorded 17+ carries in 3 of his 4 games this season, and he could find 20+ carries if the 49ers get an early lead.

It’s important to keep in mind that San Francisco lost by 12 last week, but Mitchell still saw 18 carries in an ugly-weather game. He’s locked as a big part of the San Francisco offense, and he should be a focal point as favorites once again.

Mitchell’s only recorded 72 or more rushing yards in 2 of 4 games this season. With that being said, his 17+ carries in 3 of the 4 games are more important. He’ll only need to average 4.3 yards per carry to hit the over at 17 carries.

San Francisco has a big edge in terms of their offensive line against an injured Chicago defensive line. If they get an early lead, Mitchell could surpass 20 carries, making the over the bet this weekend.