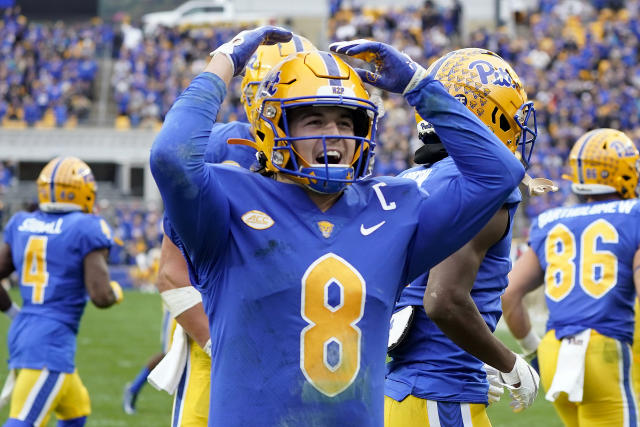 Brad's Best Bets - Back Pickett and the Panthers this Weekend

The College Football landscape continues to get flipped on its axis as top 10 teams continue to lose. The most shocking loss in football last weekend was the nine overtime “thriller” with unranked Illinois outlasting Penn State. I use the term thriller loosely as the total only reached 38 points. With a big game at Ohio State this weekend it’s safe to say the Nittany Lions could have been looking ahead. Nonetheless, no teams are safe this season. However, we turn our attention to one of the hottest teams in the ACC. According to ESPN, Pittsburgh has 23% chance to make the College Football Playoff. But to Kenny Pickett and company, they know if they win the games on their schedule they have as good as a shot as anyone.

There might not be a hotter seat than the seat of Miami’s head coach Manny Diaz. To many it’s a shock that Diaz has not been fired yet. This Hurricanes has underwhelmed all season. They are 3-4 and at times look like one of the least competent teams in the ACC. They are on the heels of two very competitive games against UNC and NC State. There performance against NC State should be applauded as they were able to end a two-game losing streak. Tyler Van Dyke played well completing 25 of their 33 passes for four touchdowns and no interceptions.

During their streak of questionable performances, it hasn’t been their offense that has been in question; it’s the defense. Outside of their shutout victory against Central Connecticut, their defense has been fairly terrible. This once stout defense is now allowing 30 points and almost 400 total yards. Their pass defense has done well to get to the quarterback, but their run defense has been getting gashed.

The strength of this Pittsburgh is the arm and decision making of Kenny Pickett. In last week’s article I highlighted how well Kenny Pickett had been playing. Clemson was set to be a big test for Pickett. Mind you Clemson’s defense was only allowing around 12 points per game. The Panthers scored 27 points and Kenny Pickett went 25/39 for 302 yards and two touchdowns.

Great offense has been a norm for the Panthers. They are averaging 45 points per game and have excelled in both the run and the pass game. There are two looks I like for this Pittsburgh team (6-1 ATS). With Pitt’s stellar offense and their strong defense, I am looking at their team total and the alternate spread. If you aren’t a fan of alternate lines or don’t have it available, feel free to take -9 (-115).

The first bet I am locking in is Pitt -14 (+150). Pittsburgh is 6-1 ATS this season with an average margin of victory. Their plus/minus to the spread is over 11 points which means they are covering their spreads by over 11 points. The second bet I am taking is Pitt Team Total over 36.5 point (-110) for 0.5 units. Averaging 45 points per game this season at home against a struggling Miami defense, I like this spot a lot. Best of luck this weekend.