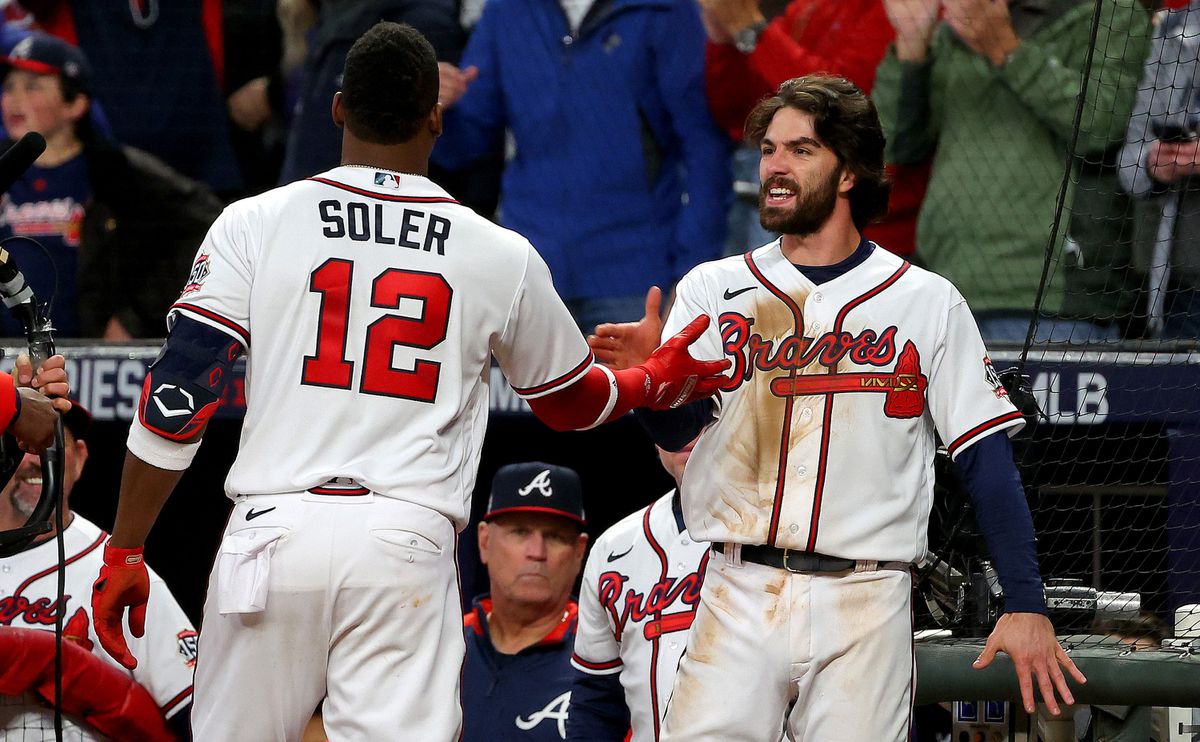 Game 4 showed offensive promise even though the final score was 3-2 Atlanta. Atlanta left seven runners on base and Houston left eleven runners on base. We took another loss on our bet over 4.5 F5 and are looking to bounce back tonight.

It is a battle of the southpaws tonight. Atlanta is throwing Tucker Davidson and Houston is throwing Framber Valdez.

Davidson has not seen much action this year, only pitching in four games. He currently has a 3.60 ERA, 1.15 WHIP, and a .205 wOBA. His two main pitches are a fastball and slider. Even though he did not play much this year, his slider generated 40% whiff rate and allowed a .127 wOBA. The splits show that he starts out shaky allowing a .730 OPS in first time through the rotation, but by the third time through the rotation he is allowing a .481 OPS. I see Atlanta keeping a short leash and pulling Davidson with any sign of trouble just like they did Lee last night.

Valdez has started in four games this postseason. In those four games he conceded 24 hits, 12 earned runs, four homeruns, 15 strikeouts, and a 6.35 ERA. His main arsenal consists of sinking fastball allowing a .301 wOBA, and a curveball generating 44% whiff rate and .197 wOBA. His curveball will have to be on tonight because Atlanta was the fifth best team against curves this season. Last thirty-day trends show Valdez with a great increase in ground ball %, a drastic increase in hard hit %, increase in wOBA, and slight decrease in bb%. With this game win or go home, I fully heartedly believe Valdez will be on a short leash.

Game 6 & 7, if necessary, are in Houston. There is no way Atlanta does not want to win the World Series in front of their home crowd.

Both teams’ moneyline opened at -108. Since opening, the line has moved in favor of Houston. Currently, we have Houston’s moneyline -120 and Atlanta’s +100. Given Halloween night, let me pick each team’s costume. Atlanta is Captain America, constantly saving the day. Houston is Bozo the Clown for their lack of offensive production this World Series.