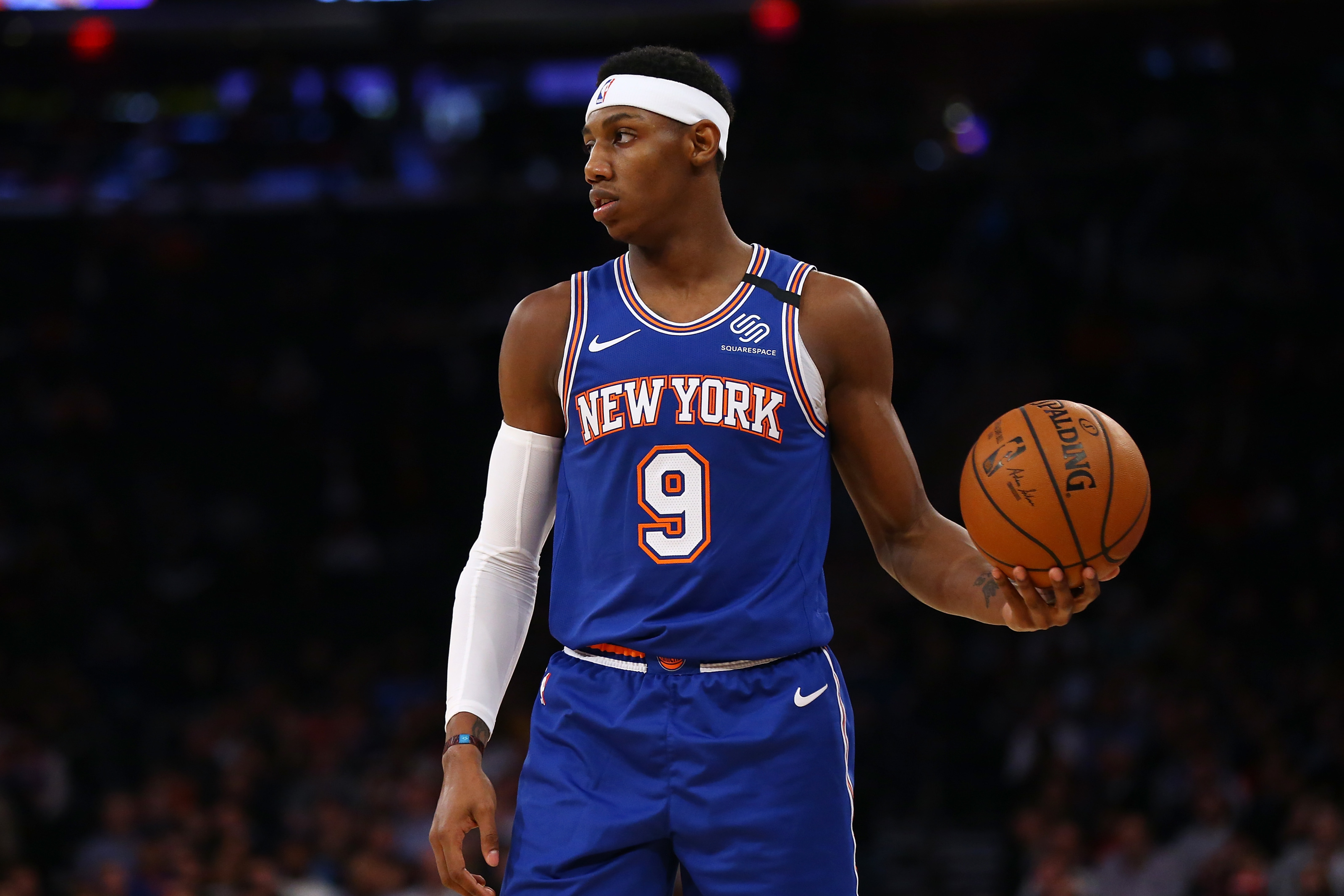 Happy Monday! We have nine NBA games this Monday night to enjoy. Our first full month of NBA betting this season begins today. Tonight we’re believing in three young guards on the rise to get us some wins. Let’s get after it.

RJ Barrett is coming off a career game where he scored 35 points in a win in New Orleans. Barrett has scored 55 points over his last two contests as he seems to be breaking out early on here in his third NBA season. The 21-year old has also been much better in second halves to start the season, so if he gets off to a slow start tonight do not worry! Now he faces a Toronto team that has played well defensively but Barrett is playing so well and this number is so low, we gotta take it. You know Barrett will be motivated facing the team he grew up watching in Canada. Also if you're beliving the Barrett breakout is for real like I am, you can bet him to win Most Improved at +5000 right now on most sportsbooks.

Cole Anthony over 17.5 points (-110) at the Minnesota Timberwolves

To the surprise of most, the Orlando Magic have been Cole Anthony’s team and not Jalen Suggs’ to start this season. Anthony has hit this over in three of his last five games. Despite getting blown out in several games to start this season already, the Magic continue to give Anthony plenty of minutes, even in garbage time. The second-year guard is averaging 33.1 minutes per game so even if the revamped Minnesota Timberwolves make this a laugher, I still expect Anthony to play plenty and put up his points.

The Oklahoma City Thunder have been more dangerous than people expected this season. For example, just the other day Shai Gilgeous-Alexander had 27 points and poured in dagger after dagger three-pointer to beat the Los Angeles Lakers. Now his Thunder get the other LA team. In two games against the Clippers last year, SGA averaged 26.5 points. This is SGA’s former team after being swapped in the blockbuster Paul George trade. It’s hard to tell what the Thunder’s motivation is to be competitive on a day-by-day basis but if SGA plays a full game workload, I expect him to hit this over.