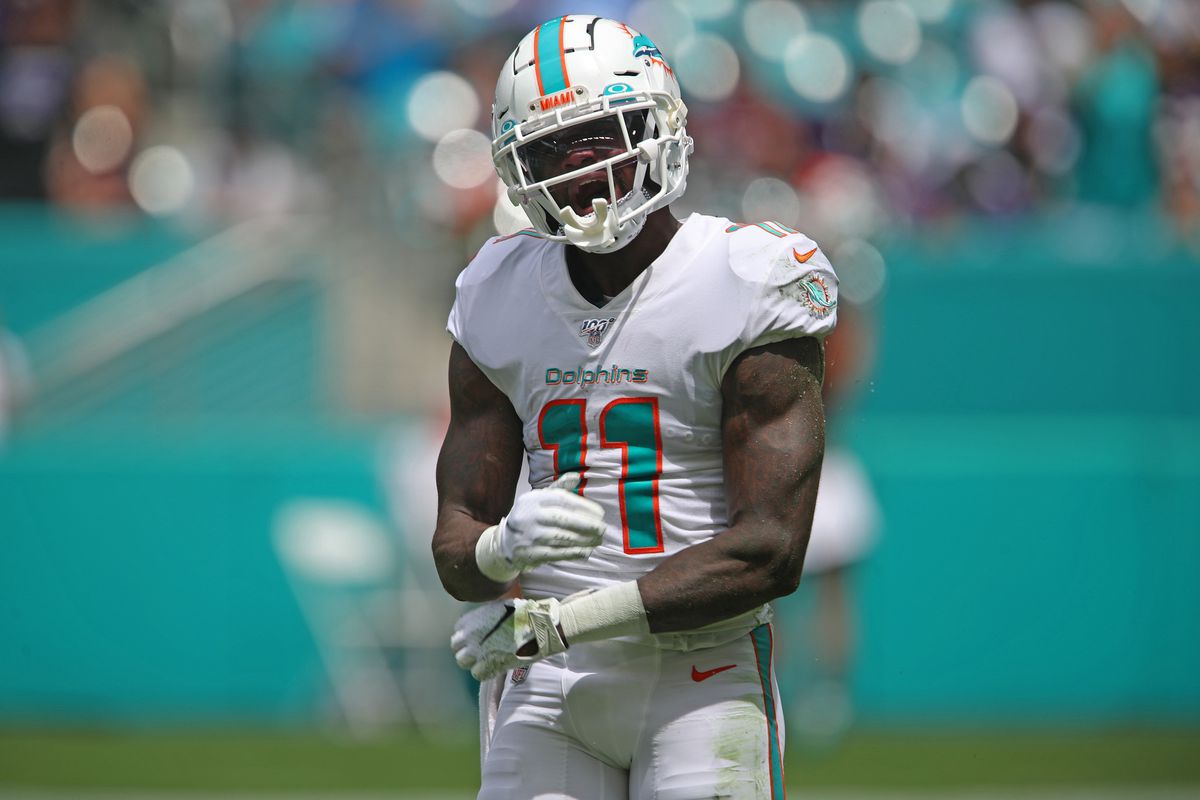 NOTE: DeVante Parker's been placed on IR. Jaylen Waddle led the team in air yards last week, and he could without Parker this weekend. He's the preferred option, and you can bet over 63.5 receiving yards on DraftKings Sportsbook.

The Miami Dolphins will host the Houston Texas at the Hard Rock Stadium this weekend. It’s a matchup between the two worst teams in the AFC this season. Miami owns a 1-7 record, recording a -95 point differential this season. With that being said, quarterback Tua Tagovailoa’s missed multiple games in 2021, although he’s lost to the Jacksonville Jaguars and Atlanta Falcons in 2 of his last 3 games. Houston also owns a 1-7 record, posting a -122 point differential through 8 games. Similar to the Dolphins, the Texans have been without their starting quarterback in Tyrod Taylor. He beat the Jaguars in their first game before getting hurt in a relatively close loss to the Cleveland Browns.

The odds are surprisingly wide in this game. Miami opened as a -6.5 point home favorite, although the line’s dropped to -5.5 throughout the week. The game total opened at 46 points and hasn’t moved thus far.

Parker gets an elite matchup against Houston this weekend. They’re only allowing 253.3 passing yards per game, which ranks 19th in the NFL. With that being said, the Texans are allowing the fourth-highest adjusted yards per attempt (8.5) this season. They’ve given up 15 passing touchdowns with a 6% touchdown rate, as well.

Houston ranks second-last in the NFL in blitz rate (14.5%), which is the main reason they’ve struggled to get pressure on opposing quarterbacks. Through 8 games, they own a 19.3% pressure rate, which ranks 29th in the league.

The Texans have struggled with air yards throughout the season, as well. Thus far, they’ve allowed the third-most air yards (1,317) in the NFL. Surprisingly, they’ve limited their opponents' yards after the catch (813) this season.

Parker returned from injury in Week 8, recording 34% of Miami’s air yards. Surprisingly, this ranked second behind Jaylen Waddle, who saw 39.7% of the team's air yards. Parker posted 8 receptions for 85 yards on 11 targets in those games, as his aDOT dipped to only 7.7.

Regardless of what type of role Parker sees this weekend, he’s likely to lead the team in air yards once again. This is an ideal matchup for him, although there are some concerns about his injury history.

Parker’s dealt with injuries throughout the majority of his career. He’s played 16 games in only 1 of his first 6 seasons with the Dolphins. He’s already missed 3 of 8 games this season.

Parker’s dealt with a shoulder and a hamstring injury this season, which has kept him as a limited participant in practice throughout the week. His limited participation in practice shouldn’t be a worry, though. He saw multiple limited practices last week before playing 91% of the offensive snaps against the Buffalo Bills.

I’d expect Parker to be limited in practice throughout the week [he has been thus far] and then play full snaps on Sunday once again.

Parker’s recorded 59+ receiving yards in 3 of his 5 games this season. He’s seen 7+ targets in each game, though, finding 11 targets in his first game back from injury.

This is an ideal matchup for him, as he leads the Dolphins in air yards by a wide margin in the games he’s played in. He gets an elite matchup against a weak Houston defense, and he could eclipse 100 yards for the first time this season.