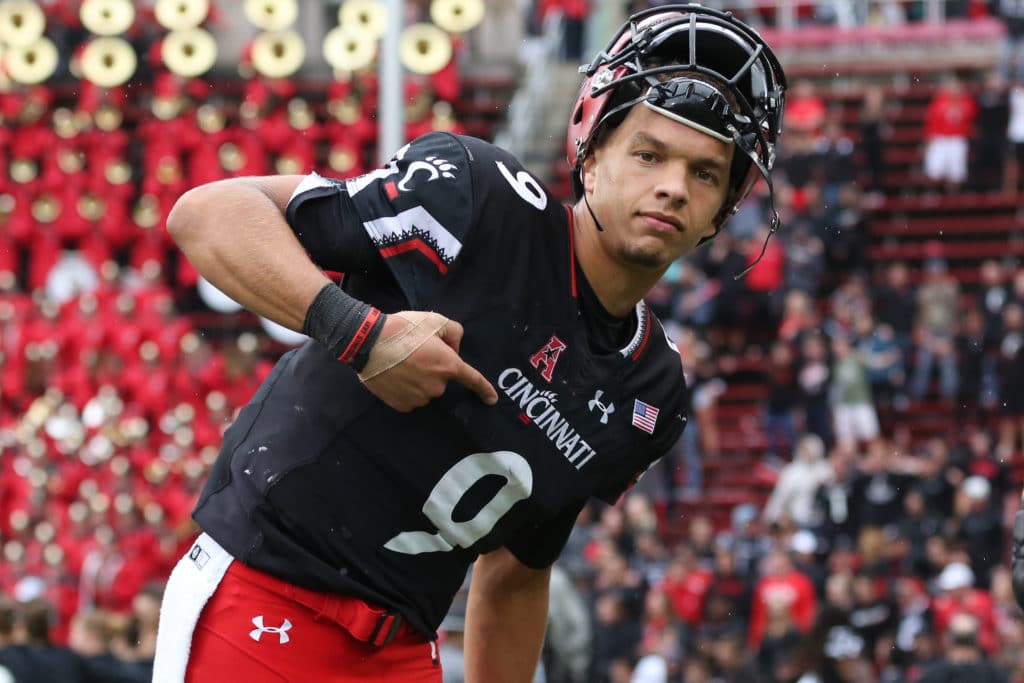 It’s that time of year where the AP Polls no longer matter, and the College Football Playoff Committee rank the teams they find deserving. This year, much like all the others, the committee has disappointed many around the nation. There are none more disappointed than the Cincinnati Bearcats. Many believed the Group of 5 deserves a shot if they check all the boxes. To them and many others, they are a top four team. It’s not up to me to determine if Cincinnati is deserving of playoff spot, however, I expect them to use the committee’s decision as motivation for the remainder of the season.

Backing the Bearcats these past two weeks have been treacherous. They struggled against Navy and were tested against Tulane. However, the Bearcats were able to come out victorious and continue their unbeaten streak. While they might have struggled against both teams, they return to Nippert where they have been dominant. They have eclipsed the 40-point mark in all four home games with an average score of 49.75. Their defense at home has been stellar only allowing 11 points per game and less than 300 yards of total offense.

The Golden Hurricanes have struggled defensively this season giving up over 30 points per game. They are 3-5 on the season and 3-5 ATS. High powered offenses like Ohio State and Houston have fared well scoring points against Tulsa. Unfortunately for them, they are playing a Bearcats team that is out to prove something. Led by senior quarterback Desmond Ridder and junior running back Jerome Ford, this offense is efficient and talented. I am backing Cincinnati team total over 38.5 points (-125) for 2 units. The Golden Hurricanes have yet to show they are capable of stopping strong offenses. With Cincy’s lock down defense, I don’t expect the Golden Hurricanes to be on the field as long, giving the Bearcats more than enough opportunities to hit their team total.