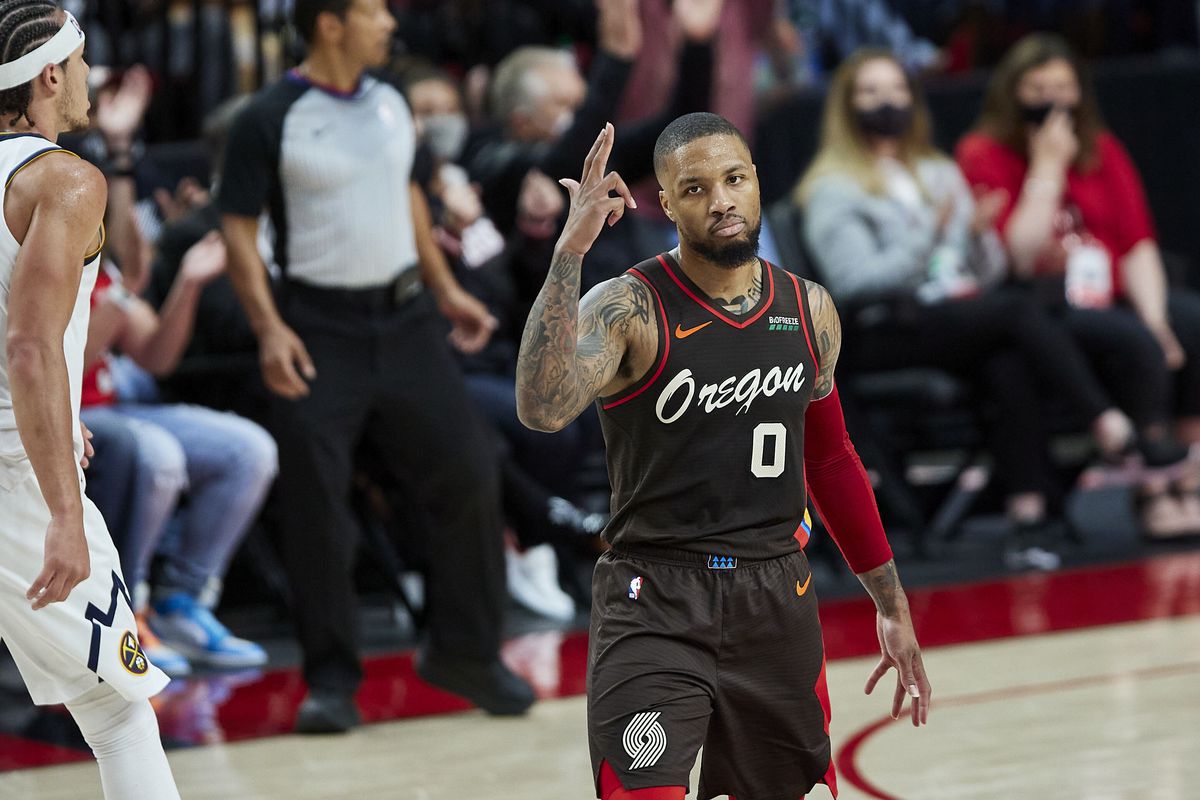 The Portland Blazers will travel to the Golden 1 Center for a matchup against the Sacramento Kings tonight. These teams are on opposite paths, as the Blazers have won 4 consecutive games while the Kings have lost 4 in a row. This is also an interesting matchup, as Portland’s struggled with a 1-7 road record in 2021, but Sacramento enters this game with a 2-7 home record.

Our Trends page shows the Blazers as small -2.5 road favorites. The line hasn’t shifted since opening either. The game total opened at 224 points, increasing to 225.5 throughout the days. Ultimately, Portland enters this game with a 114 point implied team total, while Sacramento boasts an implied team total of 111.5 points.

Damian Lillard’s struggled a bit to start the season. Through 17 games, he’s averaging 21.8 points with 3.9 rebounds and 7.9 assists in 35.4 minutes per game. He’s only shooting 40.2% from the field and 89.7% from the line. His biggest struggles have come from beyond the arc, though. Lillard’s shooting only 30.8% from deep in 2021, which is the lowest mark of his career by a wide margin. Overall, he owns a career-low 47.8% effective field goal percentage this season.

Lillard’s a versatile scorer with the ability to find points at any level. With that being said, he still comes with tremendous shot selection on a nightly basis.

The Kings are an interesting matchup for Lillard tonight. They aren’t allowing opponents to shoot for the highest percentage in the restricted area, although they rank in the bottom-10 of the NBA in shot attempts allowed (27.4) per game in that area.

The Kings have also given up plenty of shot attempts and one of the highest percentages in the NBA in the paint. Overall, opponents are shooting 44.4% on 18.3 shot attempts per game in the paint against Sacramento. Although this isn’t necessarily Lillard’s scoring game, it opens another section of the court where he could see open shots.

The Kings have been a slightly above average defense guarding the three-point line this season. They’re only allowing 11.8 three-pointers per game, while opponents are shooting 33.9% against them. With that being said, they’ve struggled to defend the deep ball against point guards, which is where Lillard could separate himself in this game.

The Kings have featured arguably the worst defense in the NBA against guards this season. They’re allowing 27.4 points per game to point guards and 25.2 to shooting guards. Both of these lead the NBA. Although Lillard won’t play shooting guard, it’s important to note that Sacramento doesn’t feature a defense that has the ability to switch a better defender onto him.

The Kings have also allowed the sixth-most 3-point makes (3.22) per game to opposing point guards. Furthermore, they’ve been average in this category to shooting guards throughout the season.

Lillard’s early-season struggles seem to be behind him, although he hasn't been the most consistent option in the NBA in recent games. He comes with elite scoring potential, as he’ll always have a big role in the Portland offense.

Lillard gets an ideal matchup against the Sacramento Kings for his style of play as well. He scored 20 points against them earlier this season, shooting only 8-24 from the field and 0-9 from deep. I’m expecting him to find significantly more success in this game, and Lillard boasts 35+ point potential tonight.