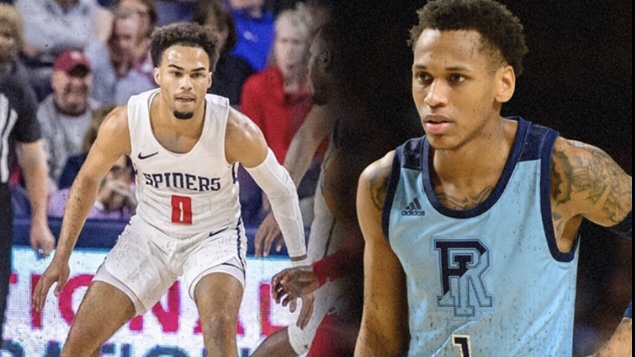 What’s up Karma Nation! My last article was a winner, with Purdue taking down North Carolina and covering with relative ease. I’m back with a Thanksgiving Day bet on a Bahamas Championship game between Richmond and Maryland. Feast Week continues... Let’s eat!

My college basketball betting season has been successful so far, with a 34-25 record going into Wednesday night. Get all my college basketball bets and jump in on daily game discussions for free in the discord chat channel HERE!  Also, check out the Bet Karma  premium package to utilize industry leading prop predictor tools!

Maryland leaves their home court for the first time this season as they travel down to the Bahamas to play Richmond on Thanksgiving day. The shooting disparity between these teams sticks out to me, and it really favors the Spiders. Richmond has hit 41% of their threes on the season - the 25th best rate in the country - while Maryland’s opponents have also been able to make plenty of threes so far. Conversely, the Terps have hit just 25% from deep, as Eric Ayala keeps forcing them without success. I can’t imagine leaving the familiarity of their home court is going to help those jump shots to fall.

While Richmond and Maryland haven’t played each other in five years, Richmond is no stranger to Maryland’s point guard, Fatts Russell. Before transferring out of Rhode Island, Russell played Richmond annually for four seasons and went 2-2. However, Richmond won the last two matchups with Rhode Island and held Russell to under 30% from the floor, including 0/7 from three. Richmond’s point guard Jacob Gilyard has hit 50% of his threes (12/24) in those matchups against Russell.

Down low, Terps coach Mark Turgeon said he plans to play more of 6’11” Qudus Wahab at center. Wahab may score at ease on Grant Golden. On the flip side, Golden is shooting 50% from three on the season and will pose quite the challenge defensively for Wahab.

I have legitimate concerns for Richmond’s ability to defend the pick and roll, but I think Richmond’s group of super seniors will be the superior shooters and ultimately make enough shots to come away with the resume win they’re seeking.

Let me know what you think!  @Dom_MSU on Twitter