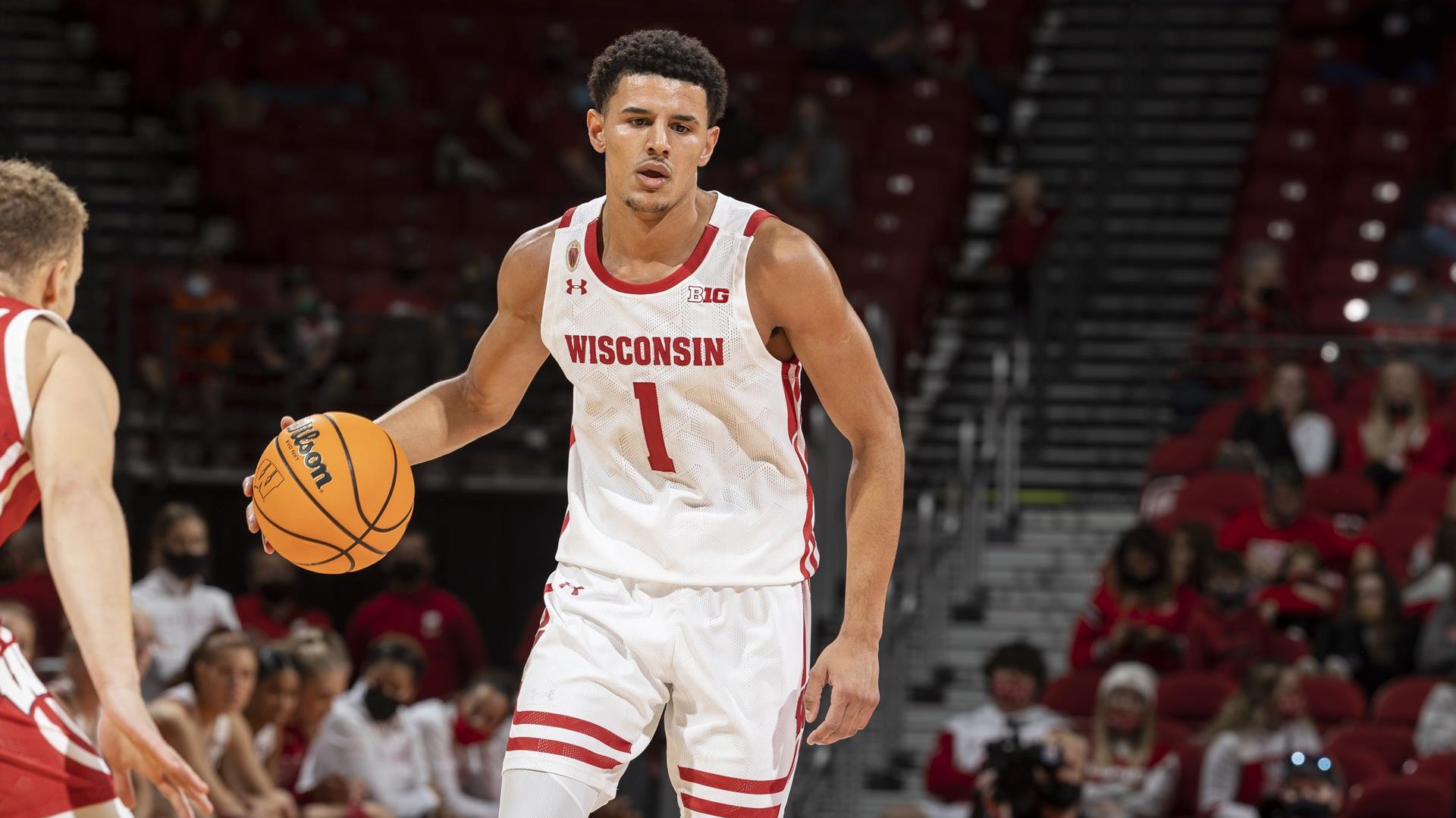 The Wisconsin Badgers will host the Indiana Hoosiers in a Big Ten matchup at the Kohl Center tonight. Both of these teams have found success in 2021, entering this game with 7-1 records, respectively. Wisconsin’s on a five-game win streak, including 4 wins on the road or at a neutral site. They have a few extremely impressive wins, such as neutral-site wins over Houston and Saint Mary’s. Indiana isn’t quite on the same streak, as they started their season out with 6 consecutive wins. Their best win comes at home against St. John’s, though. They haven’t played near the competition of Wisconsin, and they lost their only road game this season, which was a 2OT loss to Syracuse. In this article, we’ll look at my favorite bet for the Indiana vs Wisconsin game.

There isn’t much data on the Hoosiers as a road team, although they lost outright as -3 point favorites against Syracuse. They’ve also played in only two games against teams inside the top-100 via KenPom, failing to cover in either contest.

The Badgers only own a 2-2 home ATS record this season, failing to win as -5.5 point favorites against Providence. With that being said, they’ve covered in six consecutive games against teams inside of KenPom’s top-100, beating them in a variety of ways. The edge goes to the team that’s proven they can win on the road and at neutral sites, who also boast a great historical advantage at home.

The level of competition Wisconsin’s played early this season should play a key role in this game. This will easily be Indiana’s toughest test to date, while Wisconsin’s played in a few games that could be seen as more difficult than their matchup tonight.

Extra possessions will play a major factor in a game between two of the nation’s top defenses. Wisconsin is a sound offense with several players capable of handling the ball. They refuse to beat themselves, ranking ninth in the country in turnover percentage (13.8%). Indiana doesn’t create many turnovers, ranking only 207th in defensive turnover percentage (18.5%) this season. They also generally don’t create much chaos defense, as they rank slightly inside the top-150 in non-streal turnover percentage via KenPom.

This should be where Wisconsin has a sizeable edge. They rank 117th in defensive turnover percentage (20.2%) through 8 games. More importantly, their hustle and pressure create confusion for opposing offenses, as they rank 55th in the country in non-steal turnover percentage. This is an area where Indiana’s struggled against lesser teams, posting a 22% turnover rate in 2021, which ranks 300th in the country. They rank outside of the top-200 in steal and non-steal turnover percentage as well. Indiana hasn’t won the turnover battle in a game since their matchup against Northern Illinois on November 12.

Both of these teams will also have to take advantage of free points in this game. They’re likely to see the free throw line at a similar rate, although Indiana could get there slightly more often. The Hoosiers have struggled from the line, though, ranking outside of the top-200 in free throw percentage (69.7%) thus far. They have only one player that shoots above 80% from the line this season. Trayce Jackson-Davis and Race Thompson have combined for 81 free throws this season, and they’re shooting 65.5% and 69.6% from the line, respectively.

Wisconsin doesn’t get to the line quite as often as Indiana, but the Badgers rank 22nd in the country in free throw percentage (79.5%). They have 3 players shooting over 80% from the line on volume this season. Overall, their worst free throw shooter [of their five most-used players] is still shooting 73.7%.

There are other reasons to consider Wisconsin’s spread over Indiana tonight, including their size, Indiana’s lack of perimeter shooting, and each team's ability to limit second possessions. With that being said, I expect turnovers and free throw shooting to be key in this game. Wisconsin being battle-tested against significantly better competition is another reason to back the home favorite in this contest.