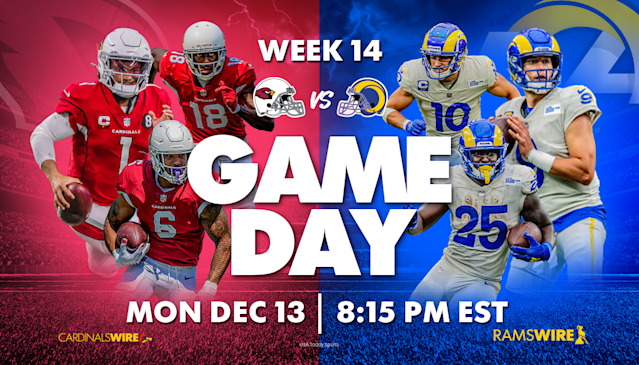 Monday Night Football and one of the best games of the season is a beautiful combination, and that will be the case for tonight's game in Scottsdale, Arizona. In this pivotal showdown, the Cardinals will host their division rival, the Los Angeles Rams. The Cardinals enter the night sporting one of the best records in all of the National Football League, playing to the tune of a 10-2 record while the Rams enter Play, supporting a record of 8-4. The Rams will have to win tonight's game if they want any chance of pulling off a late-season run to win the NFC West as the Cardinals are in a great position controlling their own destiny. These two teams played a couple of months ago in LA as the Cardinals embarrassed the Rams in a route, winning the game 37-20. Kyler Murray was excellent in that game as he has been in many games and the Cardinals defense played timely defense, holding the Rams to twenty points despite surrounding north of four hundred yards. The headlines are set for tonight between these two great football teams.

The Play I am going with tonight will be to back the dog in the LA Rams. The Rams need this game desperately if they want to contend in the division, but they also need this win to feel some comfort about a wildcard position in this tightly contested NFC playoff picture. The Rams are one of the best rosters in all of football, and they will have two new faces in the lineup they did not have the first time these teams played in Odell Beckham Jr and Von Miller. The overall game plan of Sean Mcvay will be much better than it was in week one, as he is one of the best in the business as far as making adjustments against opponents. I also question the health of Kyler Murray, and his ability to run will not be the same as it typically is. Deandre Hopkins, the Cardinals star wideout, is also dealing with injuries that may limit his normal dominant production. The Rams will be without running back Darrell Henderson and Robert Woods, but I expect Sony Michell to be good enough in the absence of the star back and the weapons in Van Jefferson or Odell Beckham to fill in for the star wideout Woods. This is a line that is off to me as the Rams, who will get hot from this point on, should not be a three-point underdog. The fact that we are getting points with the better team is a gift tonight, so I will gladly take the dog buying the hook to three. The Rams get this done for us tonight on the road and look for them to win this outright,