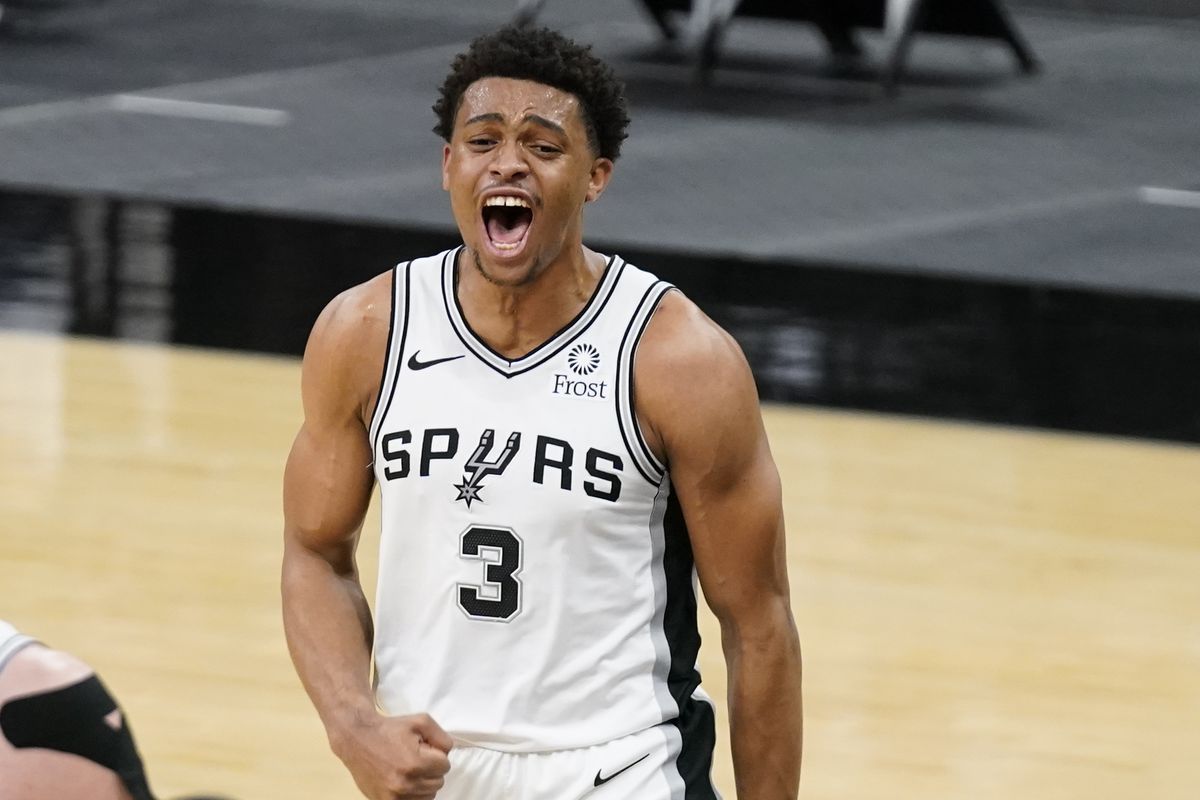 We continue to find plenty of success with NBA prop bets this season. Overall, we’re up 11.14 units after going on a great streak since mid-November. We have been treading water a bit recently with a few tough losses. In this article, we’ll be looking at my favorite bet involving Keldon Johnson vs the Charlotte Hornets.

Johnson’s found success in recent games. He’s recorded 14+ points in 6 of his last 9 games. He missed in 2 of those 9 games by only 1 point, scoring 13 points against the Phoenix Suns and Washington Wizards. Johnson’s shooting a scorching 56.3% from deep over the last 10 days. He’s flashed the ability to beat this number in limited minutes, as well.

He gets a great matchup against the Charlotte Hornets tonight. They’re giving up the third-most points per game (23.8) to opposing power forwards this season, according to Fantasy Pros. Charlotte’s allowing 3.64 three-point makes per game to power forwards, suggesting they can score from deep but don’t need to to find success against this defense.

The Hornets have struggled inside the arc this season. They’re allowing the seventh-highest field goal percentage in the restricted area (65.7%), fifth-highest in the paint (44.9%), and fourth-highest in the mid-range (43.7%). Charlotte only ranks as an average defense in three-point percentage allowed above the break (34.2%) as well. Ultimately, Johnson will benefit from this matchup, as he isn’t a player that needs three-pointers to find success.

The Hornets have allowed a few big games to power forwards over the last few weeks. In their last game, Kristaps Porzingis needed only 25 minutes to post 24 points against them. Charlotte’s also struggled against Marvin Bagley (15), Tobias Harris (18, 21), John Collins (31), Giannis Antetokounmpo (40), DeMar DeRozan (28), and Jae’Sean Tate (16). These are the point totals of power forwards in each of their last 8 games.

Johnson’s performed well when given the time this season, and he’s expected to play 30 minutes tonight. The game total is set at 227 points with only a 3-point spread. This game should be close throughout, and Johnson should see more than enough opportunities to score against one of the worst defenses in the NBA against power forwards. It's the perfect night to attack Keldon Johnson vs the Charlotte Hornets.