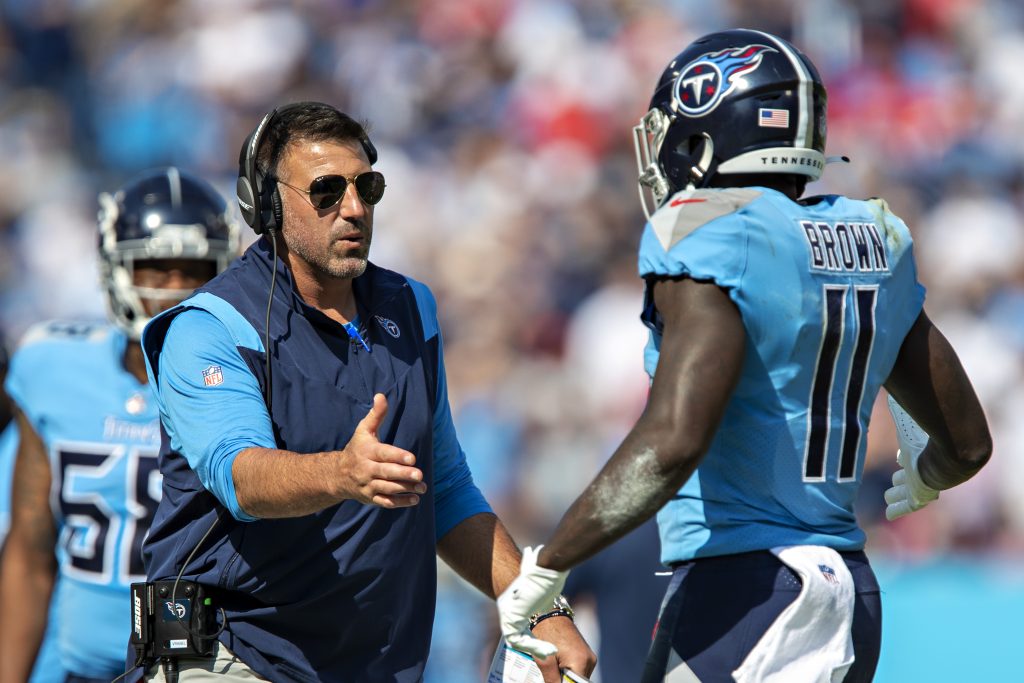 After a crazy week of Covid reschedulings and uncertainty, we have arrived at Week 16. Tonight's thrilling matchup features the 49ers (8-6) in Nashville to take on the Titans (9-5). These two teams are currently in the thick of the playoff race, with the Titans looking at that coveted first round bye, while the 49ers are eyeing a potential (but highly unlikely) divisional win. Both teams need a win tonight because, in both the AFC and NFC, multiple teams are looking to take their spot in the postseason. Let's take a closer look at tonight's matchup.

The 49ers had a shaky start to the season, starting 3-5, before rattling off a solid 5-1 run to give them a comfortable but not guaranteed playoff spot. Granted, only two teams in that six-game span were over .500. Jimmy Garoppolo is having a pretty good season with an NFL-high 8.5 yards per attempt. The only other three teams over eight yards per attempt are the Rams, Cardinals, and Bengals. That's some good company. Today, Jimmy G will have to bring a good performance because his leading rusher, Eli Mitchell, is still sidelined with an injury. Jeff Wilson has stepped up nicely in Mitchells' absence, and Deebo Samuel has also been a great two-way player, so the 49ers rush game is not entirely dead in the water. The 49ers run the ball on 47.67% of plays, fourth in the NFL. They face a tough test against the Titans, who hold opponents to 3.9 yards per rush (5th in the NFL) and are second overall in opponent rushing yards per game (86.9). Kittle and Samuel will be pivotal in the passing game to keep the 49ers in this one and cover as favorites.

The Titans are coming off a brutal loss in which the game was decided literally by inches. On 4th & 6, Westbrook-Ikhine went down at the Pittsburgh 10-yard line just inches short of the first-down marker on the game's final drive, in which Tennessee lost by 6. Tennessee is 2-3 over their last five and needs a win if they have any hope for a first-round bye in the playoffs. Luckily, this is a spot where Mike Vrabel excels. Mike Vrabel is 16-6 against the spread as a regular-season underdog of three or more points. That includes a 4-1 record this season, with big wins against the Bills, Chiefs, and Rams, and their only blemish getting 3+ points was against the Patriots. The big story in this one is the probable return of A.J. Brown. We haven't seen the duo of Julio Jones and A.J. Brown since week nine. What's important to note is the Titans were a 7-2 team after week nine with impressive straight wins over the Bills, Chiefs, Colts, and Rams. The star duo is essential to the Titan's success, as the receiving core behind the two isn't stellar. The biggest worry tonight for the Titans will be Nick Bosa. Bosa is tied for third in the NFL with 15 sacks on the year and will inevitably be pressuring Tannehill all night. Injuries to tackle Taylor Lewan and guard Rodger Saffold (Covid) do not help the cause in stopping Bosa. Tennessee records a sack on 8.27% of offensive plays, 28th in the NFL, so Vrabel will have to use his exceptional coaching abilities to figure out the issue of Nick Bosa.

Most books had this game at a pick-em a few weeks ago, and Tennessee was the favorite even before that, so it's clear that recency bias has taken effect here. The 49ers are on a 5-1 run, and the Titans are 2-3 in their last five, so I get it. However, The Titans hadn't had their three best offensive players (Henry, Jones, and Brown) play together since week nine, when they were 7-2, so you can't blame them too much. With the return of duo Jones and Brown, along with Foreman stepping up into the role of RB1, this offense takes a giant stride forward. I can't ignore the great work Vrabel does when he is an underdog (16-6 ATS), and even though the 49ers appear to be the hotter team, I think we see a Titans team tonight much closer to the 7-2 team that had four straight wins against A tier playoff teams. This line is sitting at Titans +3 on most books, and I will gladly take points on this Titans team tonight.