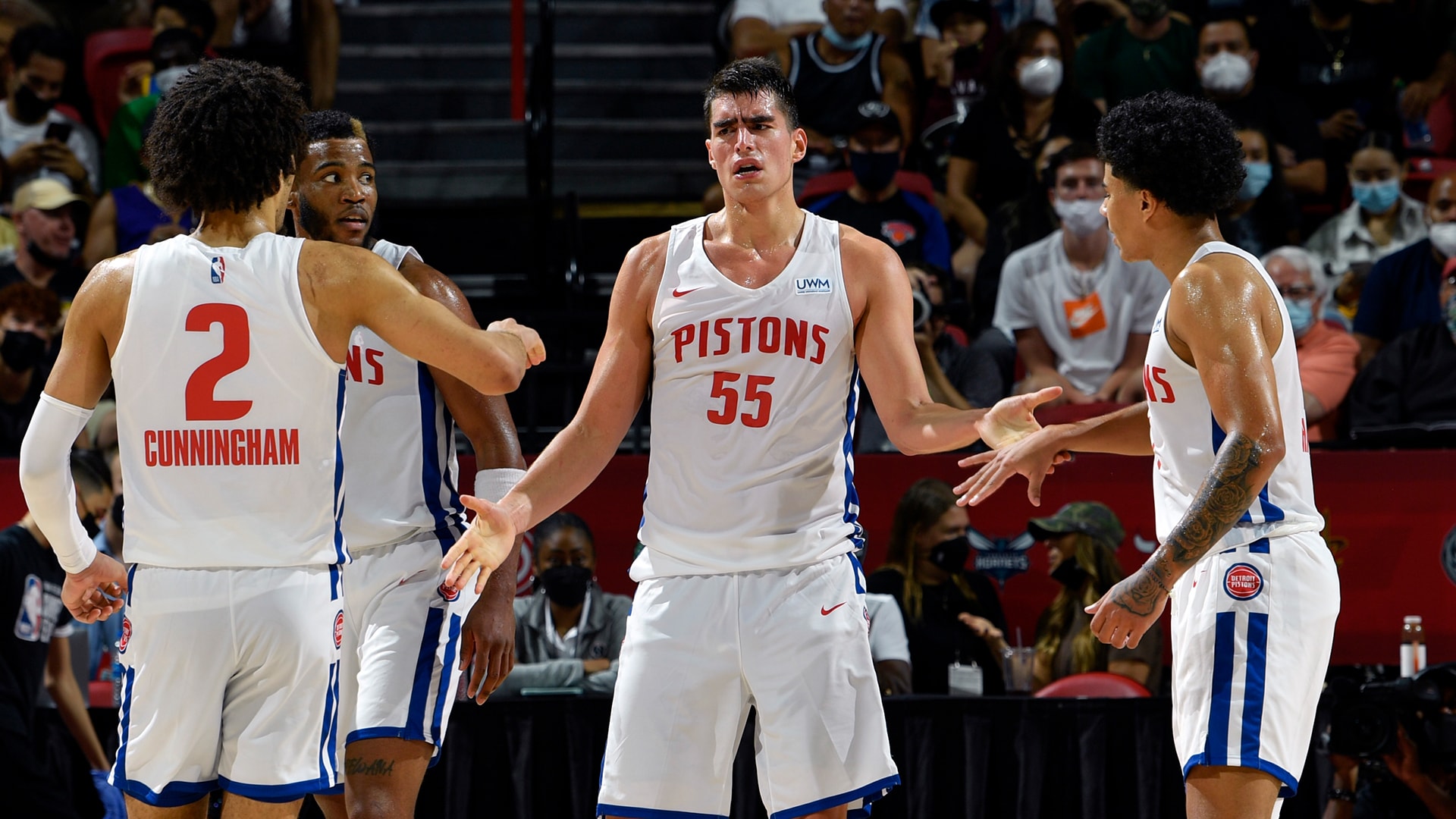 NBA props continue to be profitable this season. I took a few days off around Christmas but returned with a 3-0 night last night. The NBA is in an odd position where we have several new players on each team nearly daily, but that opens plenty of opportunity with the proper research. In this article, you find my favorite bet involving Luka Garza vs the New York Knicks.

Garza and the Detroit Pistons will host the New York Knicks at Little Caesars Arena tonight. Detroit’s been struggling with Covid, as they have several players out at the moment. They own the worst record in the NBA at 5-27, losing three consecutive. New York’s been disappointing throughout the season, posting a 16-18 record thus far. They rank only 10th in the East right now. The Knicks are currently a -7.5 point in a game set at 210 points.

Garza’s performed relatively well in limited minutes for Detroit through 20 games this season. He’s averaging 4.6 points in only 9.3 minutes per game. He’s shooting 46.5% from the field, 34.6% from deep, and 68% from the line.

Garza’s only played 20+ minutes in two games this season. He posted 6 points while shooting 28.6% from the field against the Milwaukee Bucks roughly a month ago. Garza started at center for Detroit in their last game. He scored 20 points in 20 minutes against the San Antonio Spurs, flashing tremendous upside.

This type of game wasn’t a surprise for anyone that watches college basketball. Garza was one of the best players in the NCAA over his final two seasons for the Iowa Hawkeyes. He averaged 24 points per game over his final 62 games.

Garza proved to be a versatile scorer in college, and he flashed that a bit in his last game. He recorded points in the paint, in the mid-range, and beyond the arc in his last game. Garza should continue to threaten defenses from various levels as he continues to get adjusted to the NBA.

One of the biggest concerns for Garza is his fouling. He’s averaging 6.3 fouls per-36 this season, and he fouled out in 20 minutes in his last game. Ultimately, Garza may not necessarily be athletic enough to consistently be in elite positions in the NBA. He’ll have to learn how not to foul as his career progresses, though.

Along with several bigs being out, the Pistons will be without several other scorers. Cady Cunningham, Cory Josephy, Saben Lee, Killian Hayes, Rodney McGruder, Jerami Grant, and Josh Jackson have all been ruled out. This will leave plenty of shot attempts available for a player like Garza, who can take over the offense.

Garza gets a relatively difficult matchup against the New York Knicks tonight. They’ve been an above-average defense against scoring centers, according to Fantasy Pros. Overall, they’re giving up 20.6 points per game to centers on the season.

New York’s also looked great against opposing centers in recent games. With that being said, they haven’t faced anyone with the scoring versatility of Garza over their last few games. The rookie’s expected to play around 25 minutes if he’s able to stay out of foul trouble. Garza should be locked into a massive offensive role for Detroit, and this total is set a bit too low, especially with plus odds.