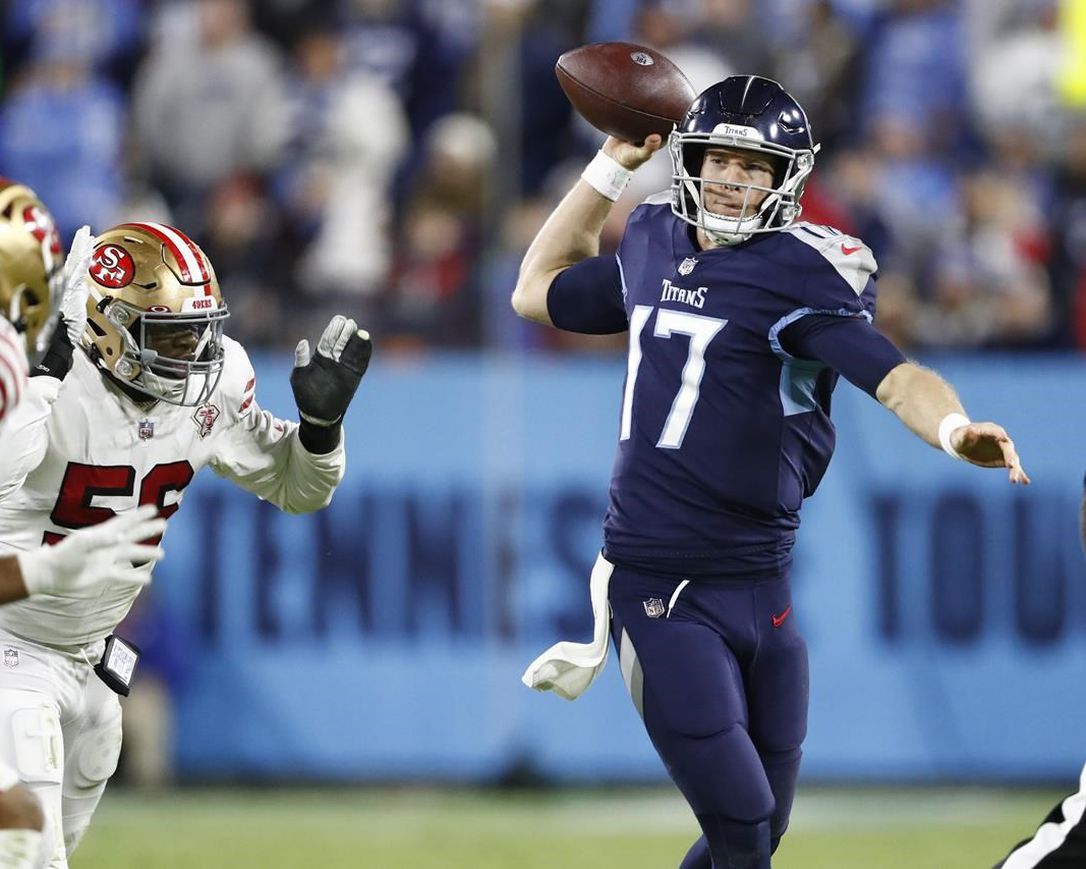 The NFL regular season is quickly coming to a close, and there are only two games left to determine a close playoff race in the AFC. The Dolphins have made quite a historic run in the second half of the season. After an early 1-7 start to the season, everyone wrote them off. Now they sit at a respectable 8-7, giving them the seventh spot in the playoffs. The Titans have had another successful season under Mike Vrabel and currently sit at 10-5, with a win today giving them the clinch in the AFC South. Both teams want this game, and this should be an electrifying matchup in Nashville. Let's take a closer look at this game.

The Dolphins have been on a tear in the second half of the season, and they are a completely different team than the 1-7 team that started the year. The Dolphins have the 8th ranked defense by DVOA, and defense is undoubtedly the bright spot of this team. They rank 10th in turnovers forced and league the league in sacks, which will help against a questionable Titans offensive line. But how much of the stats I just listed are attributed to the Dolphin's strength of schedule? The Dolphins have played a schedule of absolute cupcakes over their winning streak. They played the Texans, Ravens, Jets, Panthers, Giants, Jets again, then the saints with Ian book. Only one team there was above .500, and most of them were also at home. The Dolphins have played seven games against teams over .500 this year, and in five of them, they gave up over 26 points and lost all five. On the road, they're 1-3 against teams over .500. What I'm trying to say is that the Dolphins record is a bit deceiving when looking at this line. The defense has carried them all year, and part of the struggle for the offense has been the offensive line. This doesn't bode well against a solid Titan's defensive front that ranks second in rush yards allowed per game. The best chance the Dolphins have to win this game is a low-scoring defensive battle.

The Titans picked up a paramount win last Thursday against the 49ers to end a short lull in which they were 1-3 in their previous 4. A big part of the five losses this season are the injuries to their best players on offense. Julio Jones, A.J. Brown, and Derrick Henry have only played in the same game five times this year, and the Titans won four of them. The key inactive today for the Titans will be Jones, but with one reception for seven yards last week, it's hard to say how much that means in this one. Last week, Brown had a monster game with eleven catches for 145 yards and a touchdown. The threat of Brown should keep extra pass rushers at bay for most of the game, which will help the run game of Tennessee. The Titans used four different rushers last week, and even with Foreman only getting 17 yards on nine carries, they still could move the ball. I expect Foreman to have a bigger game today and Tannehill to have more designed runs. The Titans will also have the rest advantage today, as they haven't played since last Thursday, and the Dolphins just played on Monday. This has given a coach that thrives on extra rest a four-day edge over the Dolphins to prepare. Today, the Titans should shut down the Dolphins offense with a defensive line that has only allowed an NFL second-best 86 rush yards per game.

Today's matchup comes down to defense for me. I would take the under, but it seems both teams have been forcing turnovers regularly recently. For the side, I have to take Vrabel at home, where he's 6-2 this year, with a rest advantage, against a team that has slumped on offense and has gotten by on this win streak against bottom-tier teams and quarterbacks. The Titans have the more rugged defense who have shown they can shut down the top teams in the league. Tannehill will be ready to face his former team. The Dolphins win streak ends today. The Titans currently sit at -3 on almost all books, and you can compare the odds using the odds comparison tool from Bet Karma.