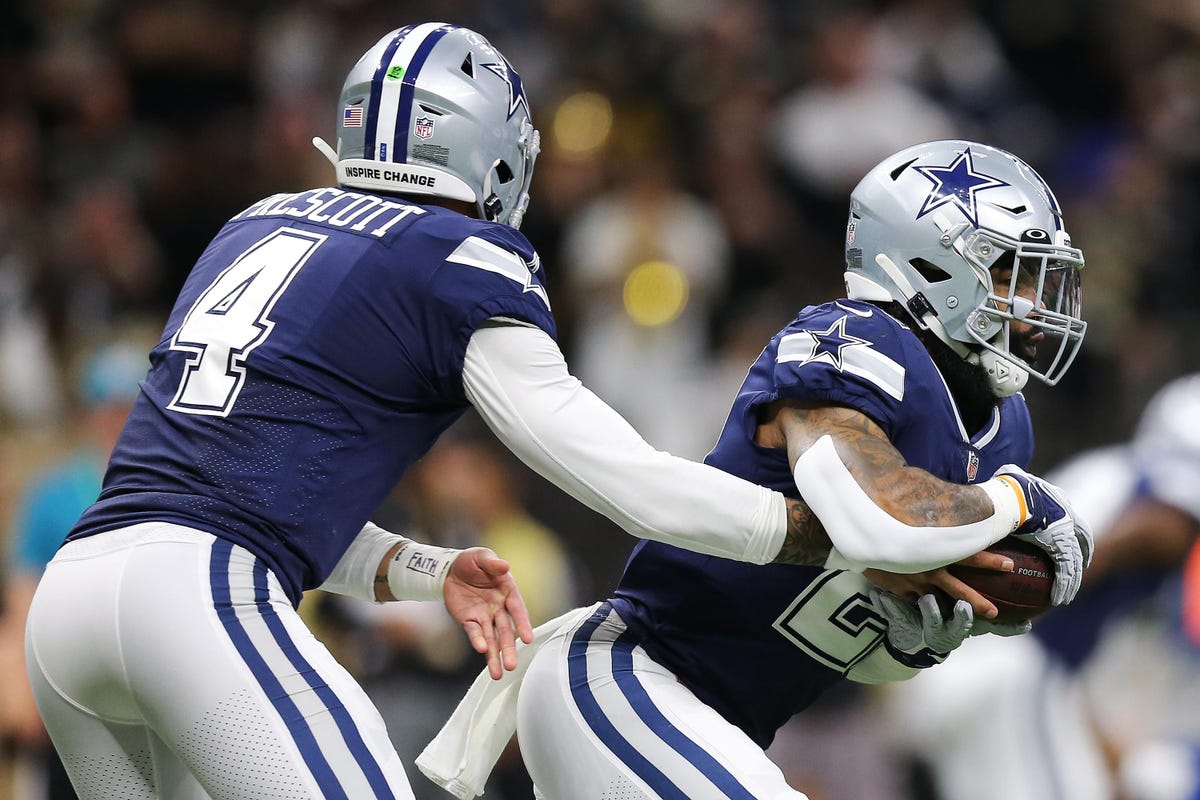 It's another edition of Saturday NFL games, and we have two matchups with playoff implications today. The Chiefs are still fighting for the bye, and the Cowboys will help their case for home games in the playoffs with a win. The Cowboys will be on the road to face the Eagles, who have clinched a spot in the playoffs but cannot clinch a home game with a win. The Cowboys took the last meeting in a rout at home, winning 41-21. Who is poised to win today? Let's take a closer look at this matchup and find out.

The Cowboys are coming off a close loss at home to the Cardinals, a game in which they fought back from a fifteen-point deficit in the third quarter to make it a very competitive match. The Cardinals used their 5th ranked rush defense (by DVOA) to eliminate any run game Dallas tried to get going. Elliot averaged 1.8 yards per carry on nine attempts, and Dak Prescott actually ended up being the lead rusher with 20 yards. This is important to note because it's that same run game that was pivotal in the Cowboy's big win over the Eagles in their last matchup. In that game, Elliot and Pollard combined for 155 yards on 28 carries, averaging 5.5 yards per carry. Sure, the Eagles rushing defense isn't as good as Arizona's, but the Cowboys are also down Pollard in this one, which does take away that dual-threat they have posed for most of the season. The Cowboys were out-gained through the air by nearly 100 yards in the last meeting, so if Elliot can't get going once again, it could look like a similar game as the one against Arizona. The question for this game is who will be sitting and when. Even if Prescott does sit in the second half or earlier, I don't think Rush is a bad backup to rely on. In his lone start this year, he played well in a big road win against the Vikings. Another aspect of this Cowboys team is their road play this year. They are 6-2 straight up and 7-1 against the spread on the road this year. Today's biggest inactive for the Cowboys will be Micah Parsons, who is sitting out due to Covid. The linebacker's absence will undoubtedly impact this unit that ranks first in total DVOA on defense.

The Eagles have surprised many people this year, including me. Their preseason win total was 6.5, and they have a chance tonight to end the season with ten. As previously mentioned, their 9-7 record is good enough for a ticket to the postseason, and with a road game already locked in, a win today doesn't do much for them. I wouldn't be surprised if we saw quite a bit of Gardner Minshew today. For most of this game, if it is Minshew, the offense will be downgraded significantly. Hurts has used his mobility and arm this season to rank the Eagles offense 3rd overall in passing by DVOA. This team relies heavily on the run, with the highest rushing yards averaged per game in the NFL (160.4). With both Boston Scott and Miles Sanders out for this one (and Hurts possibly sitting for a good portion of the game), it will be Kenneth Gainwell as the primary carrier tonight. Even without Parsons, I'm not too fond of those odds against this Cowboys front. Another aspect of this one will be how long DeVonta Smith plays. I doubt Nick Sirianni wants to risk any chance of an injury to the star receiver and leader in receiving yards on the team, so I wouldn't be surprised to see him sit or only play in the first half. Either way, this offense doesn't look set up to have a big game against the Cowboys tonight.

Tonight's game has a lot of question marks for who will play and for how long, as many week 18 games often do. However, the Cowboys technically still have something to play for with playoff seeding. The dropoff is also more significant on the Eagles side of the ball with Minshew instead of Hurts and Smith sitting, if we do see Hurts or Smith sit at all. The Eagles have more significant pieces missing in tonight's game, with their primary rushers all missing this one on a team that has used the rushing game more than any NFL team this year. I predict Elliot to have another good night against this Eagles defensive line and for the Cowboys to pick up their 12th win tonight in hopes of a better playoff seed. The Cowboys are sitting at -3.5 on most books right now, and I will be taking them at this number.