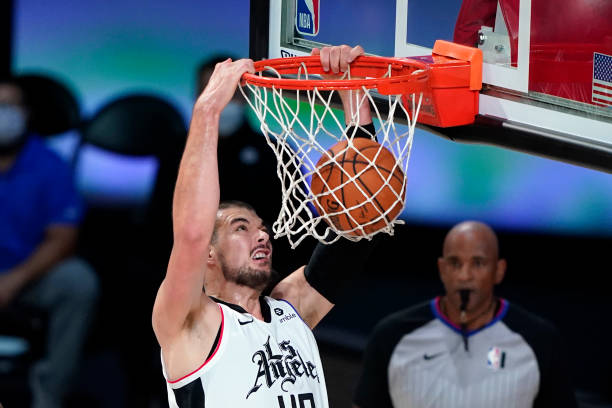 Betting on players some of my colleagues may refer to as "absolute scrubs" has seemigly become a favorite hobby of mine this season. While ive been rewarded, and punished, by players that seemigly just decide when they want to show up (... thanks Aaron Gordon) were going back to the well with someone who could very well score 0 points today. Denver and LA are both middle of the pack teams dealing with plenty of injury, lets find some value here today.

He is averaging 9.5 points on the season but more importantly had 17 vs Denver just a couple games ago. Lacking center depth, LAC won’t be able to play small ball and will be forced to play Zubac 25-30 minutes. When seeing 25+ minutes, Zubac has gone over 8.5 points in 14 of 18 points averging well over the 9 points nessicary here. Additionaly he’s averaging 11.3 Points agianst Jokic over his last 6 games, hitting this number in 4 of those 6 games.

Zubac is the only healthy center on the Clippers. Normally the Clippers like to play small ball (playing with an undersized player as the center) but they are going against the reigning MVP Nikola Jokic. Since Jokic is 7 feet tall and will likely play 30-36 minutes in a competitive game, the Clippers will need to adjust and keep there big man on the court to match his size the best they can. Zubac plays inconsistent minutes on the season, but when he gets 25+ minutes, like he did against Denver in there last matchup when he scored 17, he thrives.

For those that arent Firmiliar, Fred VanVleet Steals is a peice I absolutly love adding to plays to bring down the vig. Fred has a steal in 31 of 34 games this year, averging 2.0 over his last eight and 1.6 on the season. He has a steal in 11 straight games, and 2+ in four straight.