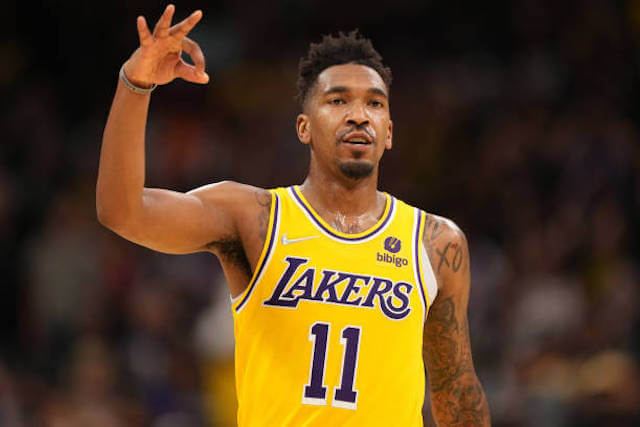 It continues to be a great NBA season with prop betting, although we’ve hit a bit of a skid in recent days. With that being said, we’re still getting great closing line value (CLV) without the results hitting. Still, we’re up nearly 20 units on the season, and we’re closing in on 250 units bet. Below, you’ll find my favorite bet for Malik Monk vs the Sacramento Kings.

Monk and the Los Angeles Lakers will travel to the Golden 1 Center for a matchup against Sacramento tonight. Both teams have struggled a bit this season. The Lakers rank seventh in the West, recording a 21-20 record through 41 games. The Kings currently own a 16-27 record, ranking 12th in the conference. Los Angeles is a -3.5 point favorite in a game set at 231.5 points.

With that being said, Monk’s taken on a significantly larger role over his last eight games. Over that span, he’s averaging 20 points in 33.7 minutes per game. He’s also shooting 52.3% from the field, 47.5% from beyond the arc, and 90% from the line.

Monk’s posted 18+ points in six of those eight games, failing to hit that mark with 7 and 15 points. He also topped out at 29 points over that span. I’ve been consistently betting Monk’s overs since he’s taken on this new role, and he gets an elite matchup tonight.

Los Angeles’ guard will face off against Sacramento, who’s the worst defense in the NBA against guards. According to Fantasy Pros, the Kings are allowing 23.3 points per game to shooting guards, which is the fourth-most in the league. They’re also giving up a league-high 25.6 points to point guards for good measure.

In recent games, the Kings have given up massive point totals to Anfernee Simons (31), Kevin Huerter (25), and Monk (24). Monk’s scored 20+ points in each of his three games against Sacramento.

The young guard’s featured elite shot selection since seeing an uptick in minutes. Over his last eight games, he’s averaging 4.1 field goal attempts per game in the restricted area and 5.9 shots per game above the break. Overall, he’s taking 91.9% of his shots in the paint or beyond the arc over that span.

Monk’s consistently found success since moving to the starting lineup. He’s coming off of a terrible shooting game, which gives up a discount on his point total tonight. Each of the games that he’s gone under 17 points recently were against the Memphis Grizzlies. Monk gets a significantly better matchup against Sacramento, and I’ll continue to bet his overs for the time being.