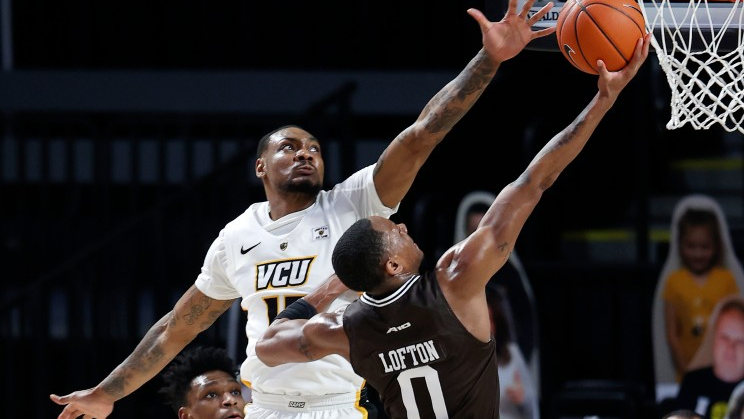 St. Bonnies hosts VCU in the best college basketball game of the night, and one of the sides is my best bet of the night.

Coming into the season, the Atlantic 10 looked like it was St. Bonaventure’s to lose.  They returned 4 starters for their senior seasons, coming off a first round exit in the NCAA Tournament.  Saint Louis lost three senior starters.  Davidson lost Kellan Grady to Kentucky.   VCU had to forfeit its NCAA Tournament game and then lost Bones Hyland to the NBA.

Now in mid-January, Davidson and VCU sit atop the A10 standings at 3-0.  Dayton is 2-1 but has impressive wins over Kansas, Miami and Virginia Tech.  The Bonnies are 1-0 and have to play catch up to get back onto their preseason throne… but can they?

Coach Mike Rhoades has an elite defensive team for the fourth season in a row.  VCU is forcing the third most turnovers in the country this season, and allowing the second lowest effective field goal percentage against, per kenpom.  The offense definitely started slow this season though.  It wasn’t until VCU’s tenth game of the season that they hit the 70 mark in the scoring column.  However, that was only the second game for VCU’s sophomore point guard Adrian Baldwin who missed the start of the season.  The Rams have gone 6-0 since Baldwin’s return.  Since conference play started VCU is 3-0 in the A10 and shooting 40% from three.

Coach Mark Schmidt has one of his best teams, as the Bonnies enjoyed top 25 rankings in the AP Poll earlier in the season.  Schmidt has five starting seniors - but that’s it.  The Bonnies are coming off an overtime road trip to Philly on Tuesday where three starters played all 45 minutes, and the other two starters played 44 and 43 minutes.  Yikes.  Prior to the La Salle game, Bonnies were on a three and a half week covid pause, so you could certainly question if they are in mid-season condition.

With essentially zero depth and potentially tired legs, St. Bonaventure could struggle against a frustrating pressure defense.  VCU routinely plays 9+ deep, and has shown they can win on the road.  As they say… defense travels.

VCU seems to be in a groove, and I think they will seize an opportunity to deal a major blow to one of the fellow A10 favorites and take the sole lead in the conference standings.  I will gladly take the two points on the spread in case it comes down to the last shot.  Be sure to check out BetKarma's free Odds Comparison Tool to easily find the best line available at any given moment!  The difference between +1.5 and +2.5 could be the difference between winning and losing.