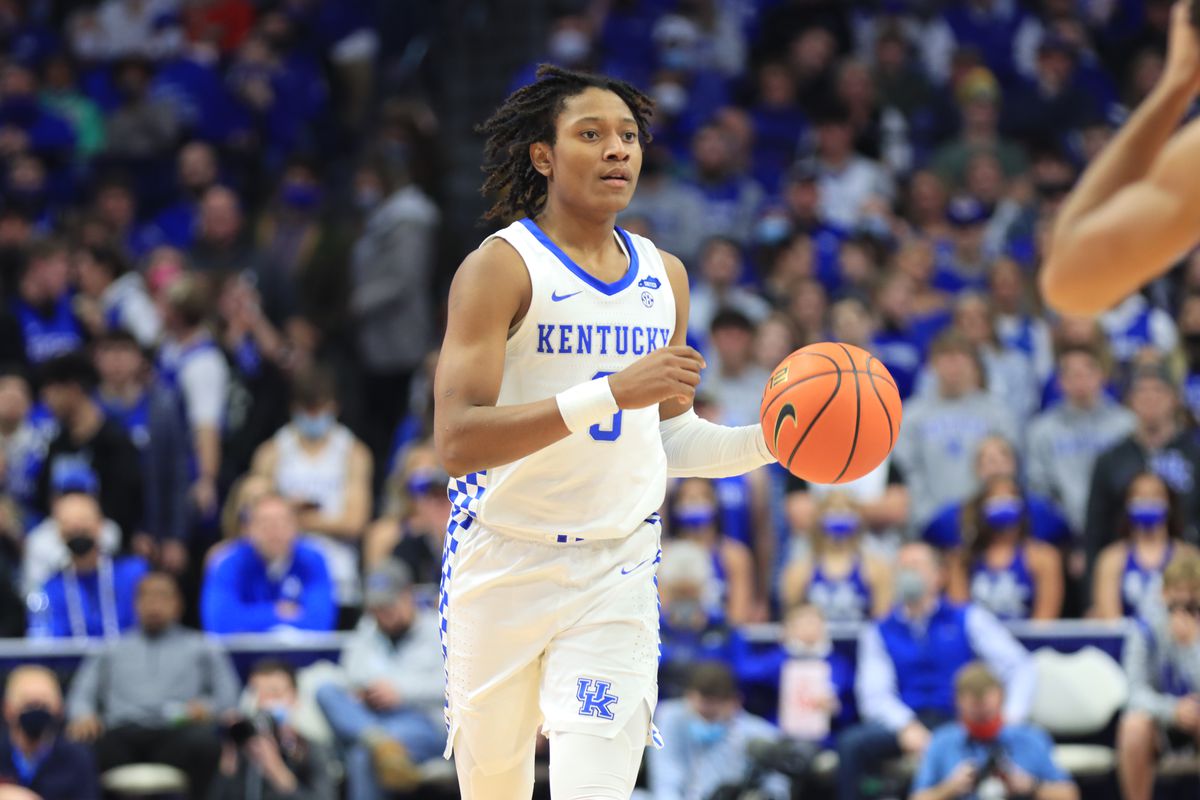 The Kentucky Wildcats will travel to the Reed Arena in College Station, Texas for a matchup against the Texas A&M Aggies tonight. Both of these teams have found success this season, combining for a 29-5 record thus far. They’ve both also found success in SEC this season. The Wildcats boast a 4-1 record, while the Aggies own a perfect 4-0 record. With that being said, Kentucky’s played the better competition in the conference. Each team has found plenty of success throughout the season, but one is in a significantly better situation than the other moving forward. In this article, I’ll outline my favorite bet for Kentucky vs Texas A&M.

The biggest difference between these two teams halfway through the season is the level of competition they’ve played. Texas A&M owns two solid wins against Arkansas and Notre Dame. Their only other difficult matchups - Wisconsin and TCU - resulted in losses. Those are the only four games the Aggies have played against teams inside of the top-100 for KenPom’s rankings.

Kentucky hasn’t played the toughest schedule in the NCAA, and they do own a road loss to Notre Dame. Their other two losses have come against Duke and LSU, who rank 11th and 10th, respectively, on KenPom. With that being said, the Wildcats boast wins over North Carolina, Vanderbilt, and Tennessee. They also own a win over Ohio, although this is much less impressive at home.

The biggest key to this game will be second-chance points. Kentucky leads the nation in offensive rebounding percentage, while Texas A&M’s defense ranks 270th in that category. Their tallest player is generally 6’8 in Henry Coleman or Ethan Henderson. Although Kentucky’s Oscar Tshiebwe isn’t much taller than that, he’s the best offensive and defensive rebounder in the NCAA. He’ll give the Wildcats consistent opportunities for second-chance points, while the Aggies will struggle to see more than one-and-done possessions.

Texas A&M relies heavily on their pressure to create turnovers and extra offensive opportunities. They rank ninth in the NCAA in turnover rate and fourth in steal percentage. Although Kentucky isn’t elite at protecting the ball, they feature two solid ball-handlers in Sahvir Wheeler and TyTy Washington. Both can protect the ball and limit extra opportunities throughout this game.

Speaking of Washington, he’s taken a massive step forward in recent games, adding to Kentucky’s overall upside. Since their loss to LSU, Washington’s averaging 20 points, 3.7 rebounds, and 8.7 assists per game. He’s also averaging 2 steals and 2,3 turnovers per game in those contests.

Kellan Grady is another x-factor in this game. Kentucky doesn’t shoot a ton of threes, as they only have three true shooters of their team. Grady’s one of them, as he’s shooting a ridiculous 45.7% from deep this season. He struggled beyond the arc in a few games, but he bounced back against Tennessee in their last game, shooting 4/7 from three-point range in that game. Texas A&M’s performed well against the deep ball this season, but if Grady is hitting his shots, he’ll open up so much more for Kentucky’s offense in this game.

The final key to a Kentucky win is the free throw shooting. Oddly enough, these teams are opposites in their ability to get to the line and how often they put opponents there. Texas A&M gets to the line a ton, but Kentucky doesn’t foul often. On the flip side, Kentucky doesn’t get to the line much, but A&M fouls significantly more. The key difference is that the Wildcats are shooting 10% higher from the line than the Aggies. Texas A&M is one of the worst teams in the country in free throw percentage, while Kentucky boasts several players that can close out the game from the line.

Although A&M’s found success this season, this will be a massive step up in competition. Kentucky boasts the type of skills that it takes to give the Aggies issues, and they should come away with their fourth consecutive comfortable win.