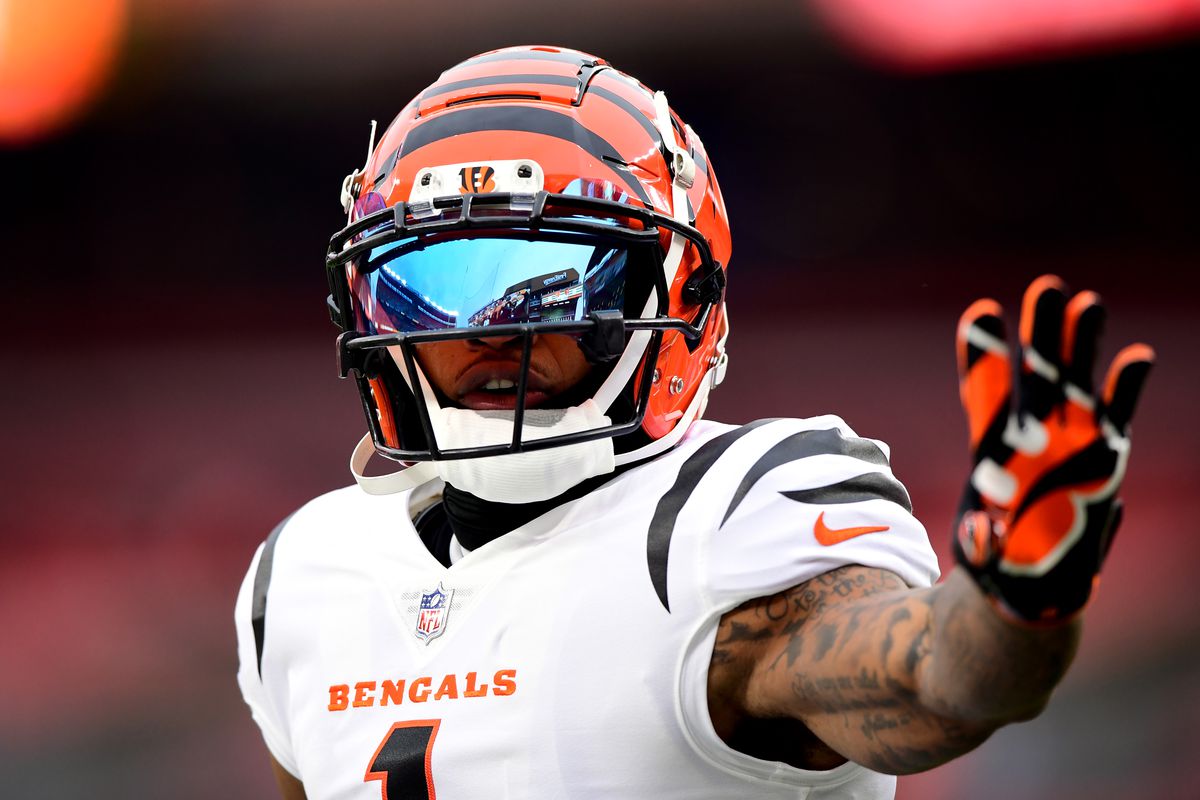 We cashed Zay Jones’ reception prop at plus odds last week. He needed the entire game to post five receptions, but he got there on the final drive. I’ll be shifting back to my usual receiving yards prop for the Divisional Round, as there’s one tremendous spot in the first game of the weekend. In this article, I’ll outline my favorite bet involving Ja’Marr Chase vs the Tennessee Titans for Saturday.

The Cincinnati Bengals will travel to the Nissan Stadium in Nashville for a matchup against the Titans this weekend. They’re coming off of a big win against the Las Vegas Raiders in the Wild Card Round, while Tennessee saw a first-round bye last week. The Bengals are currently +3.5 point underdogs in a game set at 47.5 points this weekend.

Chase’s enjoy an elite rookie season for the Cincinnati Bengals. He’s posted 90 receptions for 1,571 yards and 13 touchdowns on 140 targets over 18 games. He boasts a 64.3% catch rate to go along with 17.5 yards per reception.

Chase’s seen mixed results throughout the season. Overall, he’s recorded 76+ receiving yards in 9 of his 18 games, although he played limited snaps in Week 18. Most importantly, Chase’s role has grown in recent weeks. Over his last three full games, he’s averaging 9 receptions for 169 yards and 1 touchdown on 11.3 targets per game.

It was clear that Chase was a focal point of the offense against the Las Vegas Raiders. He looks completely comfortable in the NFL, and college teammate Joe Burrow will likely continue to give him plenty of looks in another must-win game.

Chase gets a plus matchup against the Tennesse Titans this weekend. They’re allowing 245.2 passing yards per game and 6.8 adjusted yards per attempt this season. They’ve also given up 24 passing touchdowns with a 3.8% passing touchdown rate in 2021.

Arguably the most important factor here is Tennessee’s struggles with air yards and yards after the catch (YAC) this season. In the regular season, they struggled with both, allowing 2,302 air yards and 2,107 YAC in 2021. Overall, the Titans allowed the ninth-most airYAC (4,409) in the NFL this season.

Chase is a versatile option with the ability to record air yards and YAC on any given day. He leads the Bengals with 1,617 air yards, posting an aDOT north of 12 on the season. He’s also recorded 651 YAC this season, which ranks third in the NFL.

Chase should continue to see 10+ targets, as it’s clear he’s Burrow’s favorite option in must-win games. Tennessee’s defense has given up a few massive games to receivers on the season, and Chase comes with as much upside as virtually any other receiver in the NFL at this point. His yards total is surprisingly low, and we can take advantage of that in one of the NFL’s hotter offenses.