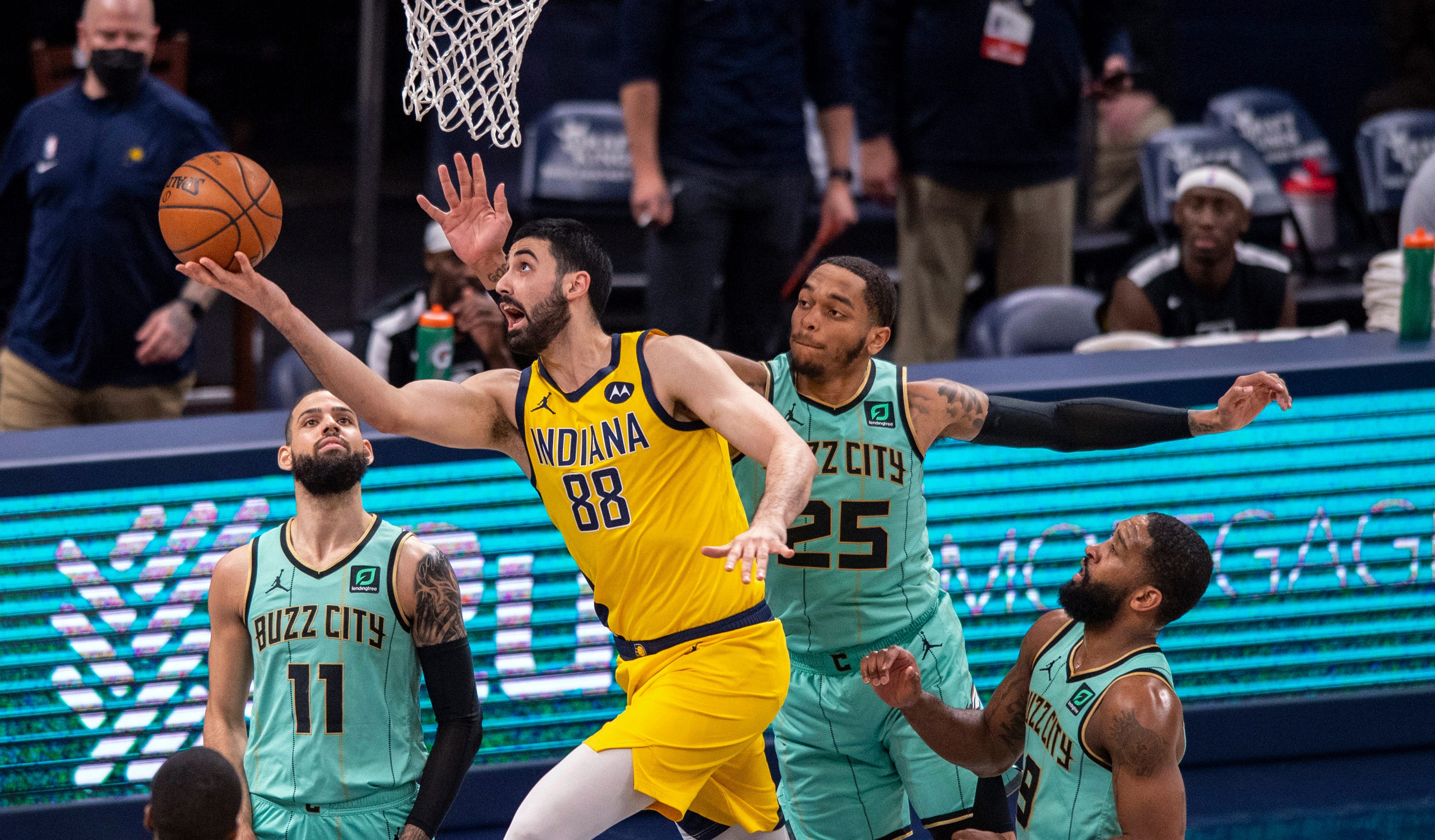 We continue to find success betting NBA props, specifically with these written articles. We cashed Herbert Jones’ steal and block prop on Monday at +140 odds. We’re up 6.22 units since 1/15, which is slightly under two weeks ago. We’re finding consistent closing line value (CLV), which helps predict long-term success. Overall, we’re up 24.38 units on the season. In this article, you’ll find my best bet involving Goga Bitadze vs the Charlotte Hornets.

Bitadze and the Indiana Pacers will host Charlotte at the Gainbridge Fieldhouse in Indianapolis, Indiana tonight. These teams have found varying amounts of success. The Hornets rank seventh in the East with a 26-22 record, although they’ve been significantly better at home this season. The Pacers have struggled, ranking 13th in the East with a 17-31 record. With that being said, they own a 12-12 record at home for 2021-22. Charlotte’s currently a -1.5 point favorite in a game set at 228 points.

He recently played 35 and 31 minutes in two of his last three games. He posted 29 and 27 points, rebounds, and assists (PRA) in those games. He recorded only 19 PRA in his last game, as he only saw 22 minutes because of foul troubles against the New Orleans Pelicans. He found plenty of success prior until he had to change his game to stay on the floor.

Bitadze’s expected to return to big minutes tonight with Domantas Sabonis and Myles Turner both out. He gets a great matchup against the Charlotte Hornets, who don’t feature a big that will be able to get him into foul trouble the way Jonas Valanciunas could.

The matchup in this bet is the key. Charlotte’s allowing a league-high 26.1 points and 17.7 rebounds per game to opposing centers, per Fantasy Pros. Overall, they’re allowing 47.2 PRA per game to centers in 2021-22.

The Hornets have been better against centers in recent games, but they have still given up some massive contests in terms of PRA. Those include Pascal Siakam (45), Jeremiah Robinson-Earl (25 - 24 mins), Al Horford (27), Moritz Wagner (31), and Joel Embiid (40).

Bitadze’s taken on a larger role over his last three games, although it was limited by fouls against New Orleans. Over that span, he’s averaging 29.3 minutes per game. He’s also averaging 11 field goal attempts, 18 rebound chances, and 4.7 potential assists per game in those contests.

Bitadze’s always found success on a per-minute basis, and he’s finally getting the minutes because of injuries. He should see minutes in the high-20s or low-30s tonight. Bitadze also gets the best matchup in the NBA against the worst defense against centers. They don’t have the size to stick with him or the offensive post play to get him in foul trouble. This total is set surprisingly low, and we’re likely benefitting from his struggles against Valanciunas.