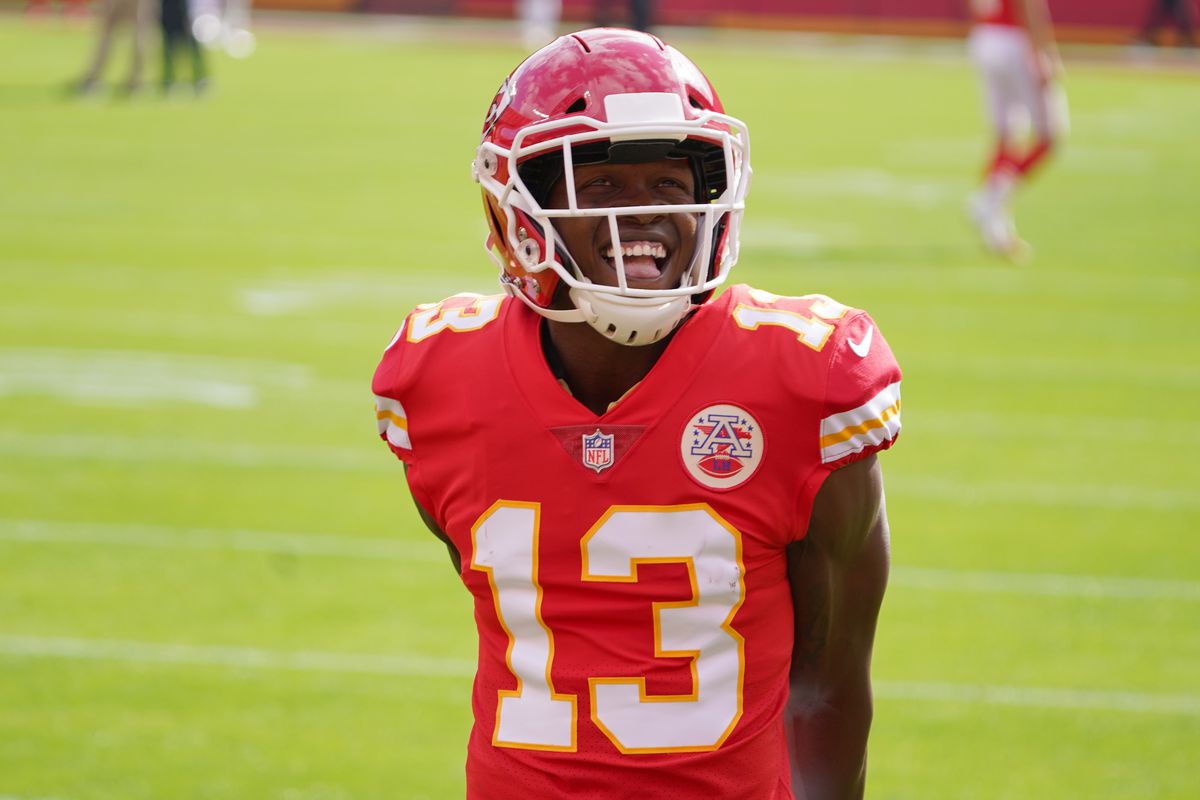 We cashed Ja’Marr Chase’s receiving yards prop last week. He recorded 100+ yards for the fourth consecutive game with full snaps. I’ll shift over to a receptions prop that feels entirely too low for the Conference Championship. In this article, I’ll be outlining my favorite bet involving Byron Pringle vs the Cincinnati Bengals for Sunday.

The Kansas City Chiefs will host Cincinnati at Arrowhead Stadium this weekend. Both teams are coming off of exciting wins in the Divisional Round. The Bengals won on a field goal against the Tennessee Titans, while the Cheifs were taken to overtime by the Buffalo Bills. Kansas City is currently a -7 point favorite in a game set at 54.5 points this weekend.

Pringle’s seen mixed results in an inconsistent role throughout the season. He’s recorded 52 receptions for 634 yards and 8 touchdowns on 74 targets over 19 games. He also owns a 70.3% catch rate with 12.2 yards per reception in 2021.

Pringle’s role has changed throughout the season. He’s posted 4+ receptions in only two games through Week 15. He’s taken on a significantly larger role from Week 16 on. Over that span, Pringle’s recorded 4+ receptions in four of his five games. He’s averaging 4.8 receptions for 46.4 yards and 1 touchdown on 6.6 targets per game.

The only game that Pringle missed the mark was against Cincinnati. He recorded only 3 receptions for 35 yards on 4 targets in that game. With that being said, Pringle only played 29 snaps against the Bengals. He’s been playing 50+ snaps outside of that game, and I expect that once again this weekend.

In their first matchup, Patrick Mahomes attempted only 35 pass attempts, completing 26 of those. These were some of his lowest totals of the season. In two postseason games, Mahomes is averaging 31.5 completions on 41.5 pass attempts per game. When the game is on the line, Kansas City is going to rely on Mahomes’ arm.

Pringle isn’t the highest upside option on the field, as he’s only posted an aDOT around 10 throughout the season. Over the final three weeks of the regular season, that dipped to roughly 9.3. He’s easily beat this number in each of his last three games, including finding tremendous success in the playoffs. It’s surprising that we can get these odds on this bet.