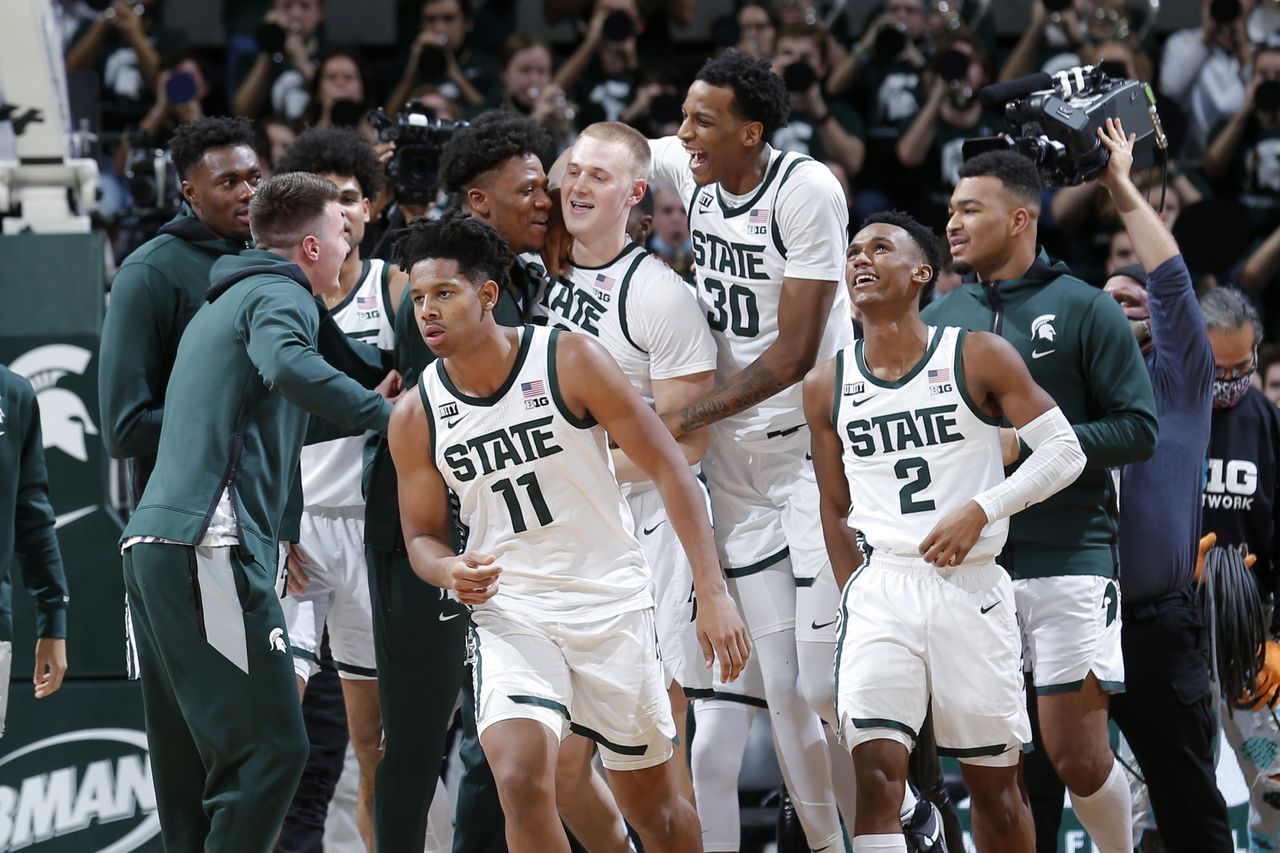 Juwan Howard is 2-2 against Tom Izzo, with the home team protecting home court and winning each game.  Perhaps it's the nature of this rivalry, or perhaps it's just coincidence, but the majority of these matchups end in wide margins.  The last time this game ended in a one possession result was back in 2013.  If the trend continues, I expect Michigan State to either win and cover the spread (MSU -3) or Michigan to win straight up (Michigan moneyline).

Michigan looks to have finally found their stride with three straight Big Ten wins.  6'8" freshman wing Caleb Houston is finally looking like the 5-star recruit that he was, shooting 11 of 16 from deep during the winning streak. I think the Spartans have the personnel to guard Houston though.  6'8" senior Gabe Brown has the length and agility to close out on opposing perimeter shooters, and 6'6" freshman Max Christie has been impressive on the defensive front as well.

The most logical path for a Michigan upset win is 7'1" big man Hunter Dickinson having a Big Ten Player of the Year type of performance.  He is getting hot recently, averaging 20 points per game across his last four contests, scoring 17 ppg over his past 10 games.  In his two games against Michigan State last season, Dickinson scored 12 and 14 points, while shooting nearly 10% below his 2pt percentage and doubling his turnover average.  In other words, Dickinson was simply mediocre going against MSU's big men Marcus Bingham and Julius Marble.  If Dickinson doesn't have his best game, I think Michigan will struggle to find ways to win this one.

Spartan Hall of Fame coach Tom Izzo will surely mess with the lineups and leave fans scratching their heads.  Izzo tends to bench Bingham at the end of games when he's needed most.  Izzo loves to play Joey Hauser more minutes than he should - and any minutes at all are too many minutes in my opinion.  Hauser is a defensive liabiity and the worst shooter in the rotation.  With that said, I think the optimal lineups will be able to go on scoring runs and maintain enough of a lead at home to get this win.  Even in a close battle, I trust the Spartans to put away the game late at the free throw line, so I am betting Michigan State to win and cover the 3 points.  Be sure to check out BetKarma's free Odds Comparison Tool to easily find the best line available at any given moment!