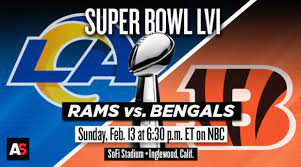 We've had all week to prepare for the Super Bowl and its finally here. There are so many great bets out there this week, and I complilled all my best bets for this article today. This article combines traditional props along with noveltly specials that sportsbooks across the country are offering. BetKarma has accounced a new Bet Tracker that sync's all your plays from Sportsbooks right to the site, this is the perfect time to try that out. (here) 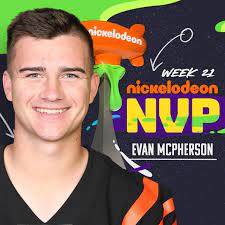 Money Mac is single handedly making kickers cool, when I play the Bengals on Madden I don't even go for it anymore, it's only field goals from here on out. 100% success rate in the playoffs, 100% accuracy on 16 kicks in the playoffs, sounds good to me.

Overall Higgins has been very good, he has 5 100+ yard games over his last 10 (ending at 96 vs the Titans). He's peaking at the right times, and even though this may not be the best matchup on the planet, I think that Higgins will continue to carve out a large role on this team.

Despite the Drake curse, I still do really like this bet. This is incredibly impressive, especially given all the doubts around his arrival in Los Angeles. When he was first moved over from Cleveland, people constantly downplayed his on the field ability, doubting the talent he once flashed was still there. Since then, he's definitely proved himself as a viable option that defenses must be concerned with at all times. Coming off an 11 target game against a tough 49ers defense, I think we are gonna see Odell stay involved this week.

The fact of the matter is, Cooper Kupp is the most dynamic player on this offense and McVay’s job is gonna be to get him the ball anyway possible. Kupp has a rushing attempt in 4 of his last 7 games, including -2 rush yards last week against the 49ers, and McVay has shown off a willingness to get creative in terms of playcalling. If the running game gets off to a slow start, I think there is a good chance we could see Kupp grab a carry in an attempt to mix things up.

This is one of my favorite bets to make every year. This will normally be under the novelty prop sections on most sportsbooks and is a Super Bowl classic. This falls under the same logic as the Kupp bet, coaches get creative come playoff time and we’ve seen multiple guys complete passes over the course of the year. I really don't know why this is + money, some of the most memorable playoffs in recent Super Bowl history have been some of these trick plays including the famous Philly Special.

Quarterbacks to Combine for 3 Touchdowns and 2 Interceptions +140

PropBomb talked me into this one and I its very sneaky. Stafford has 5 multiple interception games this season, while Burrow has 4. Both of these guys are implied to throw an interceptions (-170/-140) and I think the 3 touchdowns are almost a given.

McVay has consistently stated that he would like to ride the hot hand. Not only does Akers have serious injury concerns, but he has a fumbling problem as well. Sony Michel has the Super Bowl experience here and will likely be playing with a lead, definitely worth some cash this weeked.

The Bengals are the Color Orange, so that's why i'm betting this. As for Yellow, popular twitter capper @halfbirdhalfman’s Mom is on Yellow, thats enough for me.

Super Bowl MVP - Who Do They Thank First?

While Mixon hasn't been the best this postseason (under this 62.5 rush yards number in ⅔ games), I'm actually even more worried about the Rams defensive front. After weeks of the 49ers dominating almost any defensive line they could, the Rams finally took a stand completely shutting down both Elijah Mitchell (11-20) and Deebo Samuel (7-26) last week. The Rams have held all three of their opponents under this number, with Leonard Fournette being the only one to even eclipse 50 yards. This rush defense is the real deal, I wouldn't tell you guys to play a playoff under if it wasn't the real deal.

While it's much more fun to talk about Joe Burrow, this O-Line vs D-Line mismatch is one of the craziest we’ve seen in recent superbowl history. I think the Rams do end up handily winning this game, but by this point most of you guys have already probably put in your spread bets.

Absolutely love this market, that seemingly nobody is betting on. Apple is one of the most hated guys on Twitter because of his sub-par on the field performance but that should just mean more volume. When a receiver gets high volume we absolutely fall in love with it, but when offenses heavily target a week member of the secondary, we suddenly hate it. Apple is my biggest bet, but the rest are solid fliers, hit one and we profit.

First TD bets are always fun. While it will probably just be Cooper Kupp, we decided to get creative and play some of the higher odds guys. Love Uzomah more then anyone else, he's PUMPED.

You really cant do any better then Cross-Sport bets in the Super Bowl. Not only do you have a reason to convice your party to put the basketball game in but you know have multiple bets to sweat. Iove these 3, especially the first one with Jaylen Brown points.