The Kings and Nuggets meeting up once again gives us plenty of profitable opportunities for Player Props. With the Kings being known for their lack of defense, and relatively fast pace, they are a dream matchup for a majority for teams in the NBA. While the Nuggets aren't necessarily the fastest team in the NBA, they’re usage is so solidified between their starters that they are great for Props in this situation. If you are interested in tracking your bets, BetKarma’s new Bet Tracker is the best in the business. It allows you to automatically sync up all your favorite sports books directly to the app. 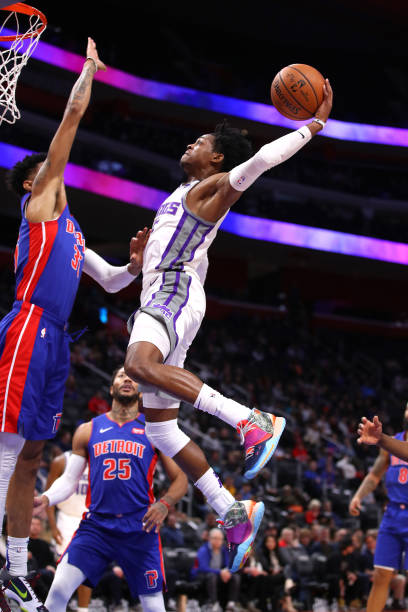 This is kind of an obvious play, and I dont think most people need me to explain just how good Fox has been recently, but I will anyway. Before going into any numbers, I can't even begin to explain how important going from a tanking team with no signs of life, to a team fighting for a playoff spot is. Not only is this team re-energized, but they are also able to get more into rhythm with their new players.

Fox ended the first half of the regular season by scoring 26+ points in 8 of there last 10 games, and 6 straight. Without Tyrese Haliburton in the starting lineup, Fox is given the greenlight to lead this team. Letting go of Haliburton really gave Fox the chance to lead this team and I expect him to continue to do so.

While I do think Sabonis getting more involved may take away a couple scoring opportunities, I think it's a net positive. Playing with a big like Sabonis, who has above average passing capabilities and constantly draws double teams is definitely gonna work to create more opportunities for Fox. When they matched up with the Nuggets earlier this season, Fox scored 30 points and Im expecting a similar performance today, considering they give up the most points to opposing PG’s over there last 30 games.

Since 2020, in his four matchups with the Kings, Jokic has scored 33, 50, 26, and 29 points. While the Kings are making a bit of a playoff push, they are still notoriously weak around the rim. They may not be starting undersized Richaun Holmes as their center anymore, but Sabonis’s offensive contributions drastically outway what he does on defense.

Jokic is having another MVP caliber season, but he's still not getting the recognition for it. Jokic is averaging 26 points per game this year but easily dropped 30 against the Kings this year. With the insane workload he carries, I expect the rest to do some good for Jokic, who went into the break hot, scoring 35, 26, and 28 points.