What’s going on Karma Nation! Hope everyone got a good rest during the All-Star break. While post ASB is considered the second half of the NBA season, that actually started a few weeks ago, as most teams only have 25 games left. We are back with seven games to choose from with our NBA prop bets Thursday night.

BetKarma has announced a new Bet Tracker that aligns all your picks from Sportsbooks right to the website. Now is the perfect time to try that out. Let’s get our NBA prop bets started with Anfernee Simons vs Golden State Warriors.

Anfernee Simons over 22.5 points (-110) vs the Golden State Warriors

Since entering the starting lineup back on January 3rd, Simons is averaging 23.6 points per game on 46.4 percent shooting. Simons is also a sneaky pick for Most Improved this year and is going to get a large contract this summer as a restricted free agent. Simons has led his Trail Blazers to four wins in a row and even if the Warriors turn this into a rout, I expect Simons to play a majority of the game and get his points. With Jusuf Nurkic out at least a month, even more pressure will be on Simons to score. Anfernee Simons vs Golden State Warriors is my best NBA prop bet of the night. 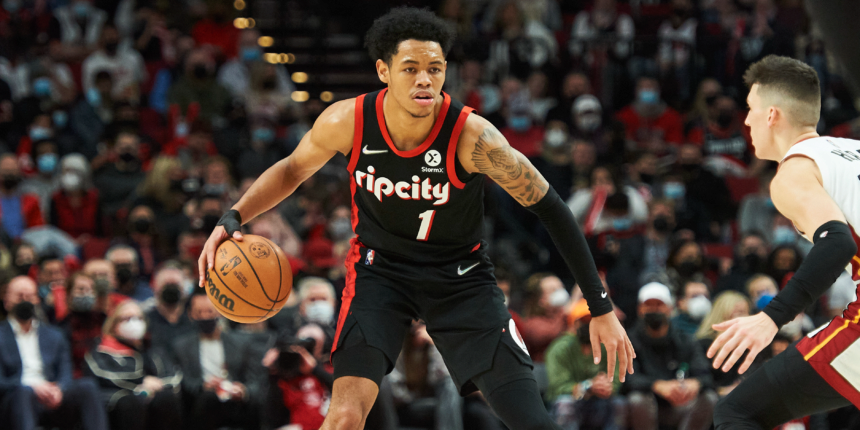 With no Chris Paul for a while, other players besides Devin Booker must increase their scoring if the Suns are going to remain the No. 1 seed out West. Mikal Bridges is the perfect candidate for this, as he’s shooting 53 percent from the floor this season. Bridges has been playing well of late, averaging 19.4 points per game over his last 11 contests. In that span, Bridges has collected 15 or more points nine times.

De’Aaron Fox has upped his scoring since the Sacramento Kings shockingly dealt Tyrese Haliburton away. Over his last five games, Fox has averaged 28.2 points per game on 50.5 percent shooting. Fox has hit this over in each of those games. It’s always hard to tell if a player is going to keep a hot streak going after a long break but with no Haliburton in his way, Fox should continue his scoring surge. In Fox’s last game against the Denver Nuggets on January 7th, the speedster put up 30 points. Considering how well Fox has played of late and how mediocre the Nuggets defense has been, this one seems extra worthy of looking at.