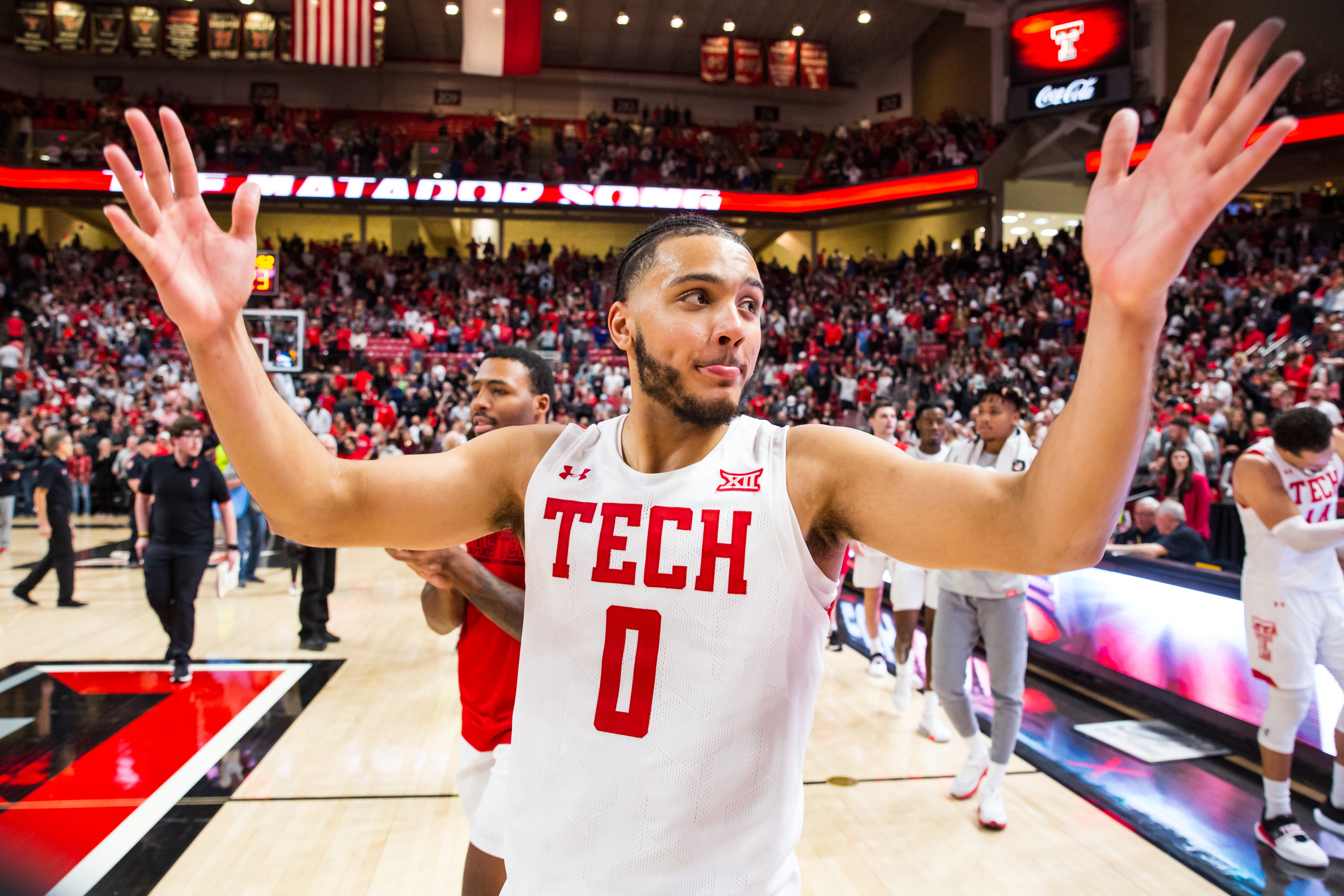 The Texas Tech Red Raiders will travel to the Schollmaier Arena in Fort Worth, Texas for a matchup against the TCU Horned Frogs tonight. Both of these teams have found success throughout the season. Texas Tech boasts a 22-6 record, while TCU owns a 17-9 record thus far. They’ve seen different amounts of success in the Big 12 Conference, though. The Red Raiders rank second in the conference with an 11-4 record. The Horned Frogs haven’t been as successful, posting a 6-8 conference record this season. KenPom projects both teams to hold their current position throughout the remainder of the season as well. In this article, I’ll outline my favorite bet for the Texas Tech vs TCU game.

Texas Tech’s been elite against the spread (ATS) this season. They boast a 20-8 ATS record, covering in 71.4% of their games. They’re also covering by an average of 3.9 points per game. The Red Raiders have been better at home this season, but they still own a 5-3 road ATS record in 2021-22. All of their losses have come on the road or at a neutral site, but Texas Tech is 2-0 in road games in Texas this season.

TCU’s quietly performed well throughout the season, posting a 14-9-3 ATS record thus far. They’ve covered in 60.9% of their games with an average ATS +/- of 1.6 points per game. The Horned Frogs have been worse at home, though, where they’ve recorded a 6-6-2 record thus far. They also own an 0-5 record against teams who rank in the top-15 on KenPom, and TCU’s losing those games by an average of 13.4 points.

There are a few key factors in this game. First are turnovers. Texas Tech isn’t a team that protects the ball well. They’ve struggled with turnovers throughout the season, although TCU is relatively average in terms of forcing turnovers. This isn’t a situation I’m overly concerned with. On the other side, Texas Tech features some of the best pressure in the NCAA. TCU struggles with both steals and non-steal turnovers. They rank near the bottom of the country in both. The Red Raiders should have a massive edge in this situation.

Offensive rebounds are the next key. The Red Raiders rank 22nd in the nation in offensive rebounding percentage. Although that’s an elite ranking, the Horned Frogs lead the country in that category. The major key here is that both teams have cleaned up the glass well on defense this season. They both have limited second-chance opportunities for their opponents throughout the season, and I expect that to be the case once again tonight.

The final point of this game is the stylistic matchup for both offenses against each defense. Texas Tech struggled from the line and beyond the arc. They play toward their strength, though, consistently attacking the rim. They rank 22nd in the nation in two-point percentage, and the Red Raiders have found the majority of their points inside the arc this season. On the other side, TCU forces their opponents to beat them with two-pointers. They don’t foul often and don’t allow three-point attempts. Essentially, everything the Horned Frogs force their opponents to do favors the road team in this game.

TCU is another team that struggles with their three-point shots and free throws. Texas Tech will put their opponents at the line, but I don’t expect the Horned Frogs to be able to capitalize on it. The Red Raiders also force their opponents into shots beyond the arc, and TCU doesn't feature the range to find success with their range. In its simplest form, this is one of the worst stylistic matchups for TCU in the NCAA.

I am slightly concerned about Texas Tech on the road, but this isn’t an overly long drive from Lubbock. I expect there to be plenty of Red Raider fans in the stands, making this somewhat less of a road contest. These teams played earlier in February with Texas Tech winning by 13. I don’t necessarily expect that big of a win on the road, but 5 points is slightly too close of a spread.