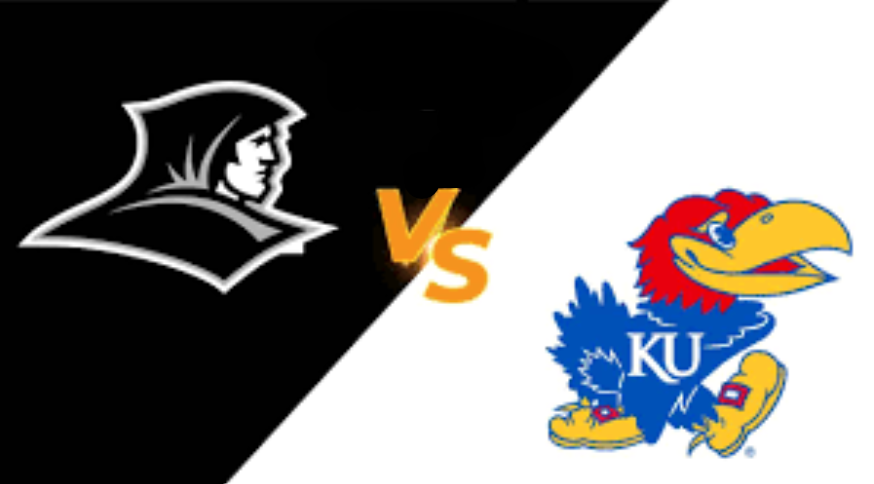 After a wild first weekend of the NCAA Tournament, March Madness continues with eight games on Thursday and Friday as the Sweet Sixteen teams compete to make the Elite Eight.  On Friday night, one of the three remaining 1-seeds, Kansas, takes on one of the three remaining 4-seeds, Providence.  Kansas swept the Big 12 with a regular season championship and conference tournament championship.  Providence won the Big East regular season championship for the first time in coach Ed Cooley's career.  Kansas rolled past Texas Southern in their first game of the tournament before struggling a bit with an injury-riddled Creighton team.  Meanwhile, Providence got by South Dakota State and then blew the doors off of Richmond.

If you want my breakdown of all eight Sweet Sixteen games just check out our video on YouTube, Apple Podcasts, or Android.  Here, I'll take a deeper look at a bet I like in this Kansas vs Providence game.

A Tale Of Two Speeds

From a stylistic perspective, these teams are polar opposites.  Simply put, Kansas likes to go fast while Providence likes to go slow.  Of the 16 teams remaining in the tournament, Kansas' offense runs the third quickest tempo while Providence runs the third slowest offense.  In this type of contrasting fast vs slow play style matchup, the slower team usually has an easier chance of dictating pace of play.  Providence will grind the game down to a slow pace, limiting the number of offensive possessions Kansas gets.  In the 5 lowest possession games Kansas played this season, the Jayhawks went 4-1 with their 4 wins coming by an average of 2.25 points each.

If it truly comes down to the last possession, I'd may even favor Providence straight up in that scenario.  The Friars are 3-0 in overtime (or double OT) games this season, and 11-0 in games decided by 5 points or less.  In conference play Kansas went 7-1 in games that were decided by 4 points or less or OT, so they're no pushover in close games either.  However, the fact that 8 of Kansas' 18 Big 12 games (44%) were that close leads me to believe this one should likely also come down to the last possession or two.  I think it's a TALL task to ask Kansas to win by more than 3 possessions.

From a player perspective, I think PC can hang with KU too.  Down low, Proividence's big man Nate Watson may actually be better than David McCormack.  6'7" Justin Minaya is an elite defender with the speed and size to potentially limit the efficiency of Kansas' two leading scorers, Ochai Agbaji and Christian Braun.  Providence has multiple 40%+ shooters from beyond the arc too.  With all the "luck talk" about Providence, many people (including myself) have faded PC in certain spots this season, but typically as a favorite.  As a significant underdog here, I find myself favoring Ed Cooley's Friar over Bill Self's Jayhawks.  If you know me, you know I'm typically fond of Kansas, so trust me, this is as unbiased of an opinion on this matchup as you can find anywhere.

I used BetKarma's free Odds Comparison Tool to compare the lines across 9 legal U.S. sportsbooks before placing my bet with Caesar's Sportsbook.