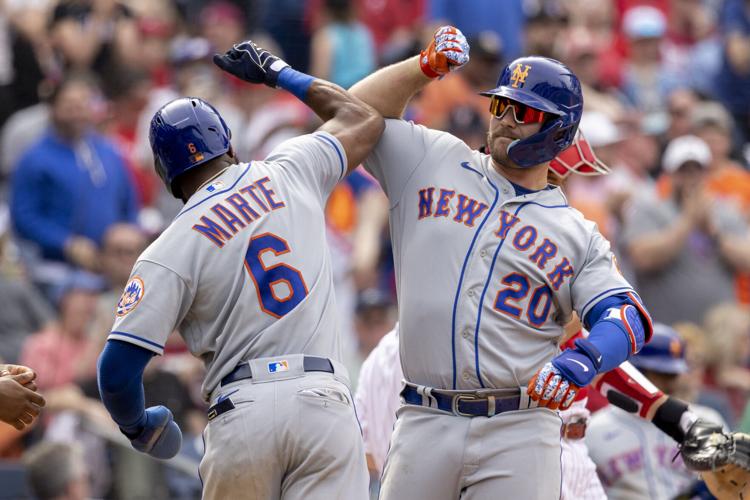 Yesterday was a great day! I always enjoy when the Yankees blow a lead (I’m a Rays fan). We also saw the Mets stack on the runs against Arizona and saw Robinson Cano hit his first HR since 2020.

I am more than happy to go back to the well today.

Arizona Diamondbacks vs New York Mets: New York Too Much for Arizona?

Brandon Nimmo and Mark Canha are not available for today’s game due to testing positive for COVID. That did not seem to matter to New York yesterday as they exploded for 10 runs, four homeruns, two coming from Francisco Lindor. I expect a similar result today.

The Diamondbacks will be starting Zac Gallen. Gallen saw New York once last year and only allowed four hits, five strikeouts, and a .182 OBA. Gallen has k ability, but also comes with a higher walk rate then you would want from a pitcher. He also allows a 46.7% hard hit rate and is a ground ball pitcher to lefties, but a flyball pitcher to righties. Pete Alonso and Starling Marte could be in for a big game today.

The Mets have Carlos Carrasco on the bump today. Last year Carrasco really struggled having a 6.04 ERA but I believe he was battling a hamstring injury. Carrasco shows more promise against left-handed batters as opposed to right-handed batters. His last outing vs Washington went well allowing two hits, five strikeouts, and one earned run. So far this season Arizona leads MLB in bb%, but also is 6th worst k%.

Arizona has the worst batting average in MLB while the Mets have a top five batting average. When it comes to bullpens, Arizona struggles in that area as well. The Diamondbacks bullpen has, another league worst, xFIP of 5.25. The Mets bullpen has 4th best xFIP at 3.19.

I went with the Mets yesterday and it was profitable. I am going right back to them today.

New York Yankees vs Baltimore Orioles: Can Baltimore Have Another Upset?

Yesterday’s game was going as planned for the Yankees until the seventh inning. Austin Hays scored the game tying run. Then in the bottom of eleventh Chapman had the bases loaded only to walk in the game winning run, who was also Austin Hays.

Today the Yankees will start all familiar Jameson Taillon. Last season Taillon held his own against Baltimore allowing a 3.27 ERA, 17 strikeouts, and .179 OBA. A reason for concern would be Taillon’s 47.3% flyball rate. Luckily for him if he has issues today, he can get bailed out by his bullpen. New York’s bullpen currently has a above average xFIP of 3.78 along with 4th best left on base % (LOB).

Baltimore will be starting their reliever Tyler Wells. I believe they are trying to keep him in their starting rotation. Wells has a 28.3% strikeout rate and a 6% base on ball rate. He also has an impressive 35.3% outside strike zone swing percentage (o-swing). This could deem well against a Yankees team who has 7th highest k%. Baltimore’s bullpen has been spectacular this season. They have 2nd best xFIP of 2.93 and a 4th best WHIP of 1.03.

The two teams with highest under rates so far this season, Yankees and the O’s. We could see both SP’s get shelled, but with both teams’ strikeout issues along with both teams’ strong bullpens I believe it will be difficult to reach a game total of 9.

I think Baltimore moneyline at +160 is too much value to pass up. If you want the safer route Baltimore +1.5 is a fine play as well.