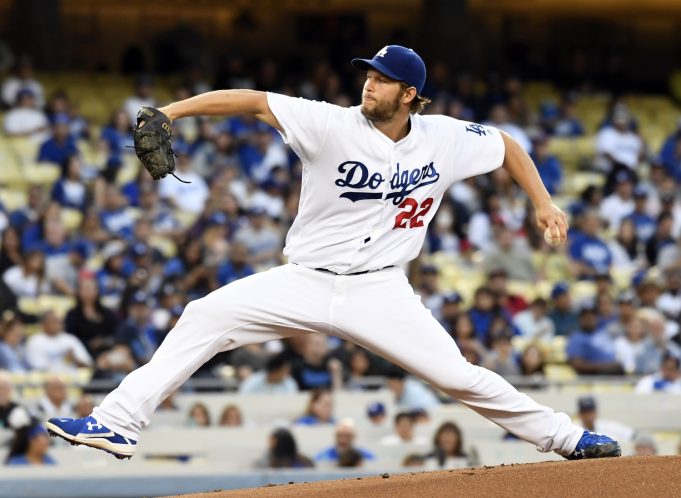 The thing that stands out most to me from yesterday was Nestor Cortes phenomenal 12 strikeouts. Unfortunately, he got no run support, and the Orioles end up winning the final game of the series 5-0. The last thing is Seiya Suzuki going yard again. We are holding a +345 ticket for NL Rookie of the Year, and it is looking more promising each day.

Be careful on tonight’s slate I see a few trap games.

Atlanta Braves vs Los Angeles Dodgers: Kershaw Back To Old Self?

People think it was a controversial call to pull Kershaw out of his no-hitter in his last outing vs Minnesota. In my opinion, I was fine with call. Dodgers were only up three runs, and they have a stout bullpen.

Monday night the Braves will start Huascar Ynoa. Ynoa’s first start of the season is one he wants to forget. In just three innings he allowed seven hits, one homerun, and five earned runs. If we observe his stats from last season, we see he has 27.7% strikeout rate, 6.7% base on ball rate, and 3.50 xFIP. Ynoa can allow hard contact, but he is a groundball pitcher.

For LA we will see three-time Cy Young Award winner, Clayton Kershaw. Kershaw is a LHP who has a 30% strikeout rate and 4% base on ball rate. Kershaw keeps people guessing and it is shown in his 35% outside strike zone swing percentage (o-swing). Kershaw went against the Braves once last season, and it did not go as expected. He allowed a 7.50 ERA, eight hits, and five earned runs. One of his main pitchers is a slider that generates 43% whiff rate.

I do not expect Kershaw to get shelled like he did last game vs Atlanta. When it comes to Ynoa, he does have strikeout ability, but Los Angeles is above average when it comes to striking out. The Dodger’s offense is also a top five bb%.

Vegas has this game total at 8. You typically see Kershaw games with game totals of 7.5 or below. I am leaning towards the under 8. I also see both team’s bullpens have top five SIERAs.

Colorado coming off a split series with the Chicago Cubs. In the final three games of the series the Rockies averaged 6.33 runs. On the other side we have a Phillies team who is coming off a 3-1 series loss against the Miami Marlins.

Colorado will be starting Chad Kuhl. Kuhl had a 4.82 in 2021 season. He did however prove to be a split pitcher sustaining a 2.41 ERA at home as opposed to his 7.32 ERA on the road. Kuhl seemed comfortable in his last outing vs Texas only allowing two hits, one earned run, and five strikeouts. Kuhl does come with control issues. He also is known for getting behind in the count. His main pitch is a slider but only generating a 35% whiff rate.

We can expect to see Aaron Nola on the bump tonight. Nola has thrown in two games so far this season and has allowed a concerning 6.75 ERA. If we get the old Nola that we know we can expect getting ahead early in the count with a 30% strikeout rate. We can also expect to see great control and Nola keeping the ball on the ground. We typically see fastballs/ sinking fastball from Nola, but he is starting to throw his curveball more. His curve generates a 36% whiff rate and hold opponents at a .255 wOBA.

The Phillies are really going to need Nola to pick it up tonight. Phillies bullpen is currently bottom ten with a 4.43 ERA. On the other hand, Colorado’s bullpen has the league’s best ERA at 1.80. I do not think this is sustainable and based on SIERA showing them with a 3.47 ERA this would put them around league average.

It is hard not to back the Rockies at home. However, I don’t want to poke a sleeping bear, Nola, even though this sleeping bear has yet to perform this season. I am hoping Kuhl can achieve what he did last game and then let the bullpen finish it off.