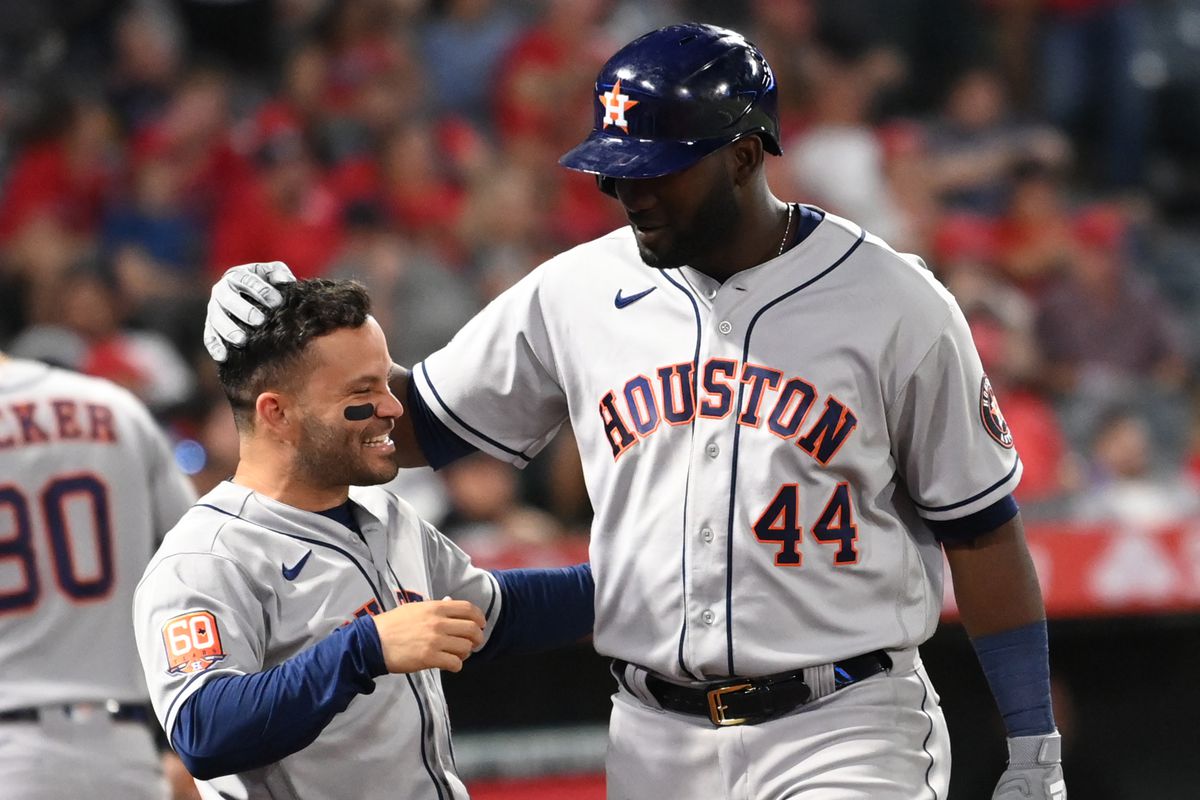 We shifted over to NBA last night, and it came through with a win for us. Spencer Dinwiddie had juiced odds on over 1.5 three-pointers made, but it made more than enough sense to spend up on them. He ended up shooting 3 for 7 from deep, easily eclipsing the our cash number. This feels like a bet we may go back to in the second game of that series, but that isn’t tonight, so let’s shift out focus elsewhere. We’re moving back to MLB with a surprisingly small slate today. Below, you’ll find my favorite bet for the Texas Rangers vs Houston Astros game.

We’re getting a bit creative with this bet because I wasn’t overly interested in paying the juice necessary for the original bet. DraftKings is offering Houston’s team total over 4.5 runs for -125 odds. I like the idea of the Astros scoring 5+ runs tonight, but I don’t want to play that at such wide odds. Instead, I’m shifting to the Astros being the first team in this game to score 5+ runs for +110 odds. There are a few reasons for this bet.

First, the starting pitching matchup. Framber Valdez will take the mound for Houston, and he’s looked outstanding early this season. He boasts a 2-2 record with a 2.93 ERA through 7 starts. His ERA is also backed by a 3.27 xFIP. He’s thrown 6+ innings in each of his last 4 starts, allowing 3 or fewer earned runs in every game. Valdez also allowed only 1 run over 7.2 innings in his last start.

On the other side, Glenn Otto draws the start. He’s struggled with a 1-1 record and 6.38 ERA through 4 starts this season. He’s due for some positive regression, as he also owns a 4.35 xFIP in 2022. After a pair of solid starts to begin the season, Otto’s recorded 5.47 and 6.35 xFIPs in his last two games. He’s also allowed 10 runs over 9 innings in those contests.

The key here is that while Otto’s due for positive regression as a whole, he’s due for negative regression on the road. His 2.70 road ERA sits significantly lower than his 4.57 xFIP. He’s also given up a ridiculous 42.3% hard-hit rate on the road, and Houston’s a team that boasts tremendous power throughout their lineup.

These bullpens are very similar in terms of xFIP, although Texas has been slightly better over the last month. With that being said, I don’t believe it matters all that much. Houston should have a massive lead early in the game, as Valdez is drastically better than Otto.

The final aspect of this play is the offenses. Texas has found plenty of success in recent games, scoring 6+ runs in each of their last 4 games. With that being said, they don’t have the offense to sustain this. Prior to that span, they scored 5+ runs in only 1 of their last 9 runs.

On the other end, the Astros continue to boast one of the highest upside offenses in the MLB. They’ve recorded 5+ runs in 9 of their last 10 games.

I expect Houston to find early success, specifically with their power, against Otto. I also don’t expect Texas to get to 5 runs in this game. Essentially, I’m gambling that Houston scored 5+ runs, and I’m getting their team total at +110 instead of -125 because of the addition of Texas hitting that number first.