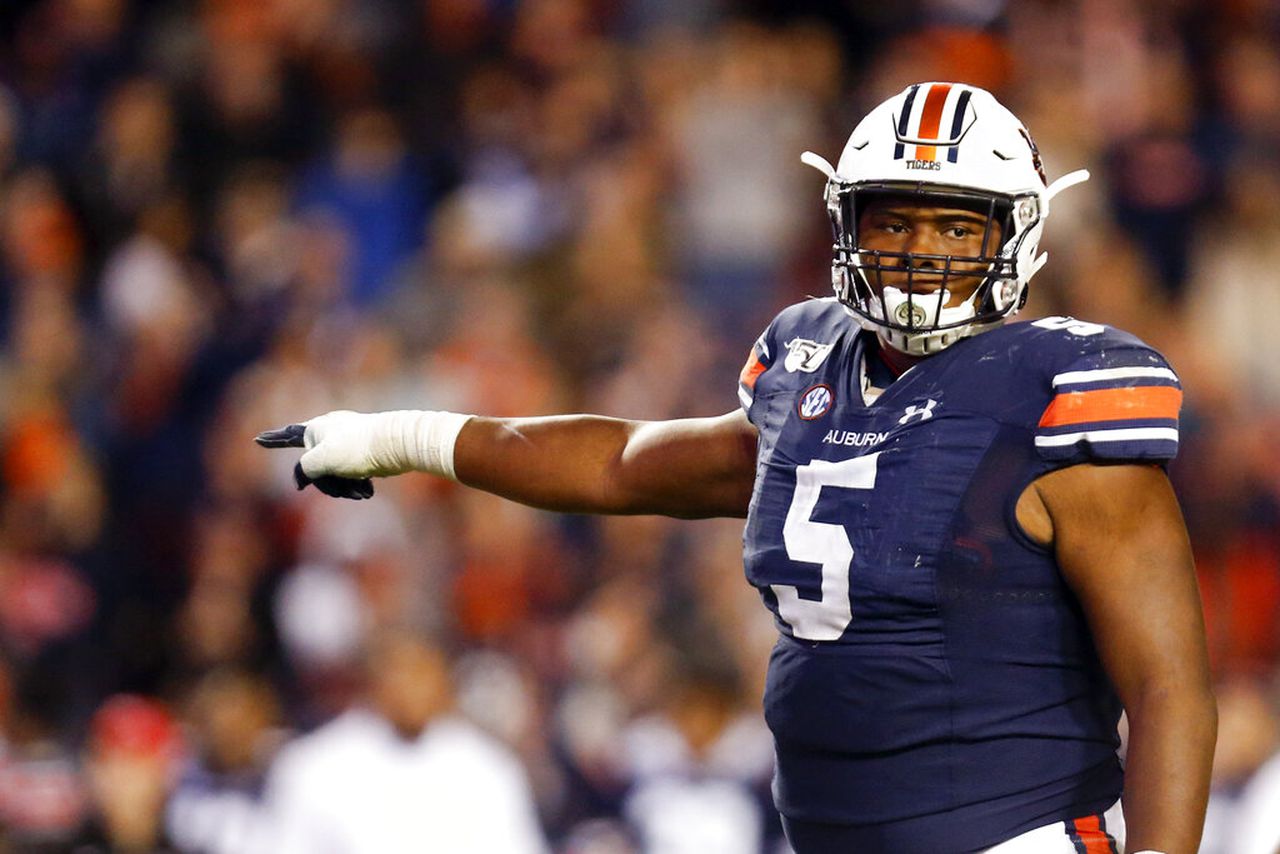 The NFL Draft is just around the corner, and sites are posting NFL Draft Props. This particular bet focuses on the Auburn Tigers. It can be found on MyBookie.

On the left side of the website, find “NFL Odds 2020 Draft.” Clicking this will open a dropdown menu. Select “NFL Draft Props 2020” for the list of available prop bets.

The current prop for Auburn players taken in the first round of the NFL Draft is set at 1.5 players. The over yields +185 odds, while the under sits at -280. Under 1.5 players is the clear favorite in this situation, but the odds are still a bit narrow. In other words, I feel there’s still enough juice for the squeeze in betting the under.

There is only one first round lock for the Auburn Tigers.

Brown is one of the safest prospects on the board. He’s an NFL-ready player that will help any team from day one. He boasts a complete skillset, possessing tremendous power, speed, explosiveness, and technique. He also boasts plenty of cardio for an interior defensive lineman. Brown will be a force against the run early in his career, and he features plenty of pass rush upside from the middle, as well. Brown is likely to be selected in the top 10, but he could fall between 10-15 depending on trades.

There are a number of draft analysts that have released their overall rankings at this point in the process. This doesn’t guarantee when players will be drafted, as teams often draft for need, but it gives a closer look into the minds of some of the more respected names in the NFL Draft process.

Brandt has only one Auburn player in his top 32. His second Auburn player is Marlon Davidson at 36. This would put the senior edge rusher as an early second round option. He’s the only player of note for Brandt, as his only other top 100 options from Auburn are Jack Driscoll (77), Noah Igbinoghene (80), and Prince Tega Wanogho (81).

Jeremiah only released his top 50, which holds two Auburn players. Derrick Brown ranks fourth, while Marlon Davidson ranks 34th. Once again, Davidson sits slightly outside of the first round, similarly to Brandt’s rankings. It’s worth noting that Brown and Davidson are the only two Auburn players to appear in any of the four installments of Jermiah’s top 50. The latter also dropped from 30th to 34th from the first set of rankings to the newest.

Hanson follows suit with only one Auburn player in his top 32. Marlon Davidson is also his second ranked Auburn option. With that being said, he’s ranked 51st, clearly removing him from first round consideration. Noah Igbinoghene ranks slightly behind Davidson for Hanson at 57th. Prince Tega Wanogho (90) is the only other Auburn player that ranks in the top 100 for Hanson.

Miller offers his top 50 big board. Unsurprisingly, Derrick Brown ranks eighth, making him the only top 32 player from Auburn. Marlon Davidson is his next option, ranking 36th among players. Miller ranks Prince Tega Wanogho as his 12th available tackle, while Jack Driscoll ranks 20th at the position, eliminating the duo from first round consideration. Noah Igbinoghene earned a second round grade for Miller as his eighth ranked cornerback.

The Draft Network rates Derrick Brown as their only Auburn player in the top 32. They differ from the other analysts, though, as Noah Igbinoghene is their second best Auburn option. Still, he ranks only 47th on their big board. Prince Tega Wanogho (57) and Marlon Davidson (61) are the only other Auburn players to rank in their top 100.

This draft seems more unpredictable than others because of the CoronaVirus. Teams could be holding their cards close to their chest, and often time the unexpected becomes expected in the NFL Draft. With that being said, there is only one clear first round option for the Auburn Tigers in 2020.

Derrick Brown will be drafted in the top 15, likely top 10. That’s when the sweat begins. It’s unlikely that Prince Tega Wanogho or Noah Igbinoghene are selected in the first round simply because of the depth of their positions. Davidson is the most likely option in the first, but doesn’t play an overly important position, and isn’t elite like Brown.

These odds are generally higher than I bet, but they still aren’t wide enough.

Bet 2.8 units on under 1.5 Auburn players to be drafted in the first round to win 1 unit