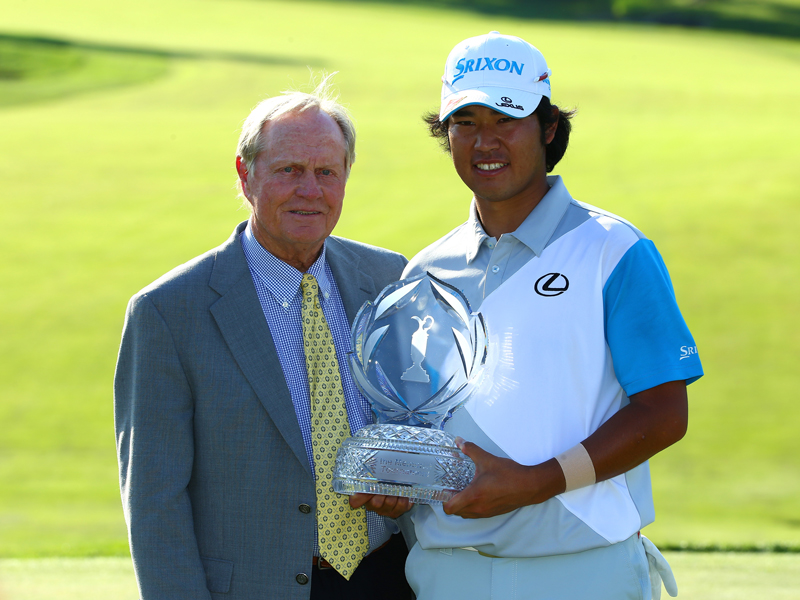 Welcome to the Workday Charity Open and welcome to my weekly betting piece. I focus a lot of time on the DFS side of things for Golf but I have actively bet outrights/props/Top 5s, 10s, and 20s for many years as well as Golf is one of the biggest “bang for your buck” sports to bet on in the world. Albeit not as likely, each year it seems we see either a 300/1 or even 500/1 winner on the PGA Tour and hitting just one of those can pay for your next few YEARS of golf betting.

Recap: Terrible week from a betting perspective as Kevin Na WD in round 2 (classic Kevin Na), Sned had a horrific putting performance on his Thursday front nine (as well as a 4 putt on a par 5 on Friday) to take himself out of it early, and Duncan faltered on the weekend after a strong showing on Thu/Fri. The one that hurt bad though was Cam Davis needing to par his final hole on Friday to make the cut after a solid day but instead hit a terrible chip to bogey and miss it by 1. So it goes, and although we’re still way up on the year it’s time to get those units back up above 50 in aggregate.

Looked like he shook off the rust last week after a piss-poor performance in his return 2 weeks ago and is now at a track he’s had great success in the past with a win, 2 Top 6s, and a 13th in 6 attempts. Always an elite ball striker, Hideki is one of the best in the world on approaches, paramount to succeed here, and despite being a horrific putter he’s decent in SG: Around the Green… I think he ends his drought.

This seems too low for a guy like Hadwin but he’s consistently a great putter, has gained on SG: APP in all 3 events since the restart, and is on his best putting surfaces (Bent/Poa). If he keeps his consistent putter and avoids the thick rough off the fairways, he can make enough birdies to get to the -18 or -20 range that I expect the winner to be on Sunday.

Bud is never a very exciting play as at times it seems like he’s just saving par and not scoring, at least on DraftKings. I like his Top 10 upside as he finished runner up here in 2019 and ranks 4th in the field in Scrambling when he does miss the green. His stats won’t pop as he has limited rounds in the last few tournaments including a forced WD with a cautionary COVID case, but he did gain almost 3 strokes on APP at the RBC Heritage a few weeks ago but couldn’t putt very well.

Extremely volatile player as he seemingly has a good 3 days or so out of 4 or just starts off poorly and misses the cut by 1000 shots. However, Long does rank 1st in this field in Scrambling, 15th in Par 4s from 450-500 (6 of them this week) and has the ability to get hot and make a run of birdies. His most recent start he finished 24th at the Travelers, gaining on APP all 4 days.

I keep betting Homa and playing him in DFS waiting for him to pop and return to the fire form he had before the COVID break and hoping it comes here. Homa has 3 Top 10s in 2020, 3 Top 25s and has gained strokes on APP in every tournament since the Farmers with the exception of his first tournament back at the Charles Schwab. His around the green game can be shaky but if he continues his strong APP/T2G play, I see no reason he doesn’t have at least Top 20 upside or better…

He’s about to be chalk on DraftKings which could be the ultimate chalk bomb, but he led the field in T2G last week and is riding some solid, solid form/stats. He has gained 3.6/0.8/8.3 strokes on APP in each of the 3 tournaments he’s played and gained 4.5/2.4/8.6 T2G on top of it. The main concern is that he’s a terrible putter, but if he can putt even average (i.e. Hideki/Benny An every week), he can absolute storm up the leaderboard with his elite iron play.

McNealy was in awesome form prior COVID and after 2 kind of blah tournaments, he looked great at the Rocket Mortgage, gaining 1.5 strokes on APP and finishing T8. His best putting surfaces in his short career by far are Bent and Poa so if he can continue his consistency there and build off last weeks performance, I like him going back to back top 10s or at minimum, a Top 20 finish.

I like Rose as an outright, but I missed a solid number, so I’ll take his matchup against Brooks instead. Rose had a horrific Friday 2 weeks ago to miss the cut and burn a lot of people, but ever since he came back and switched off of those Honma irons, he’s gained in 7/10 rounds on APP all while having a somewhat cold putter (save a few days). In his career at Muirfield, he has a win, 2nd, 6th, 2 Top 8s, and a 13th, clearly showing some comfortability here. I know Brooks can pop and win any tournament, but his irons haven’t looked great and I think there’s solid value with Rose here.