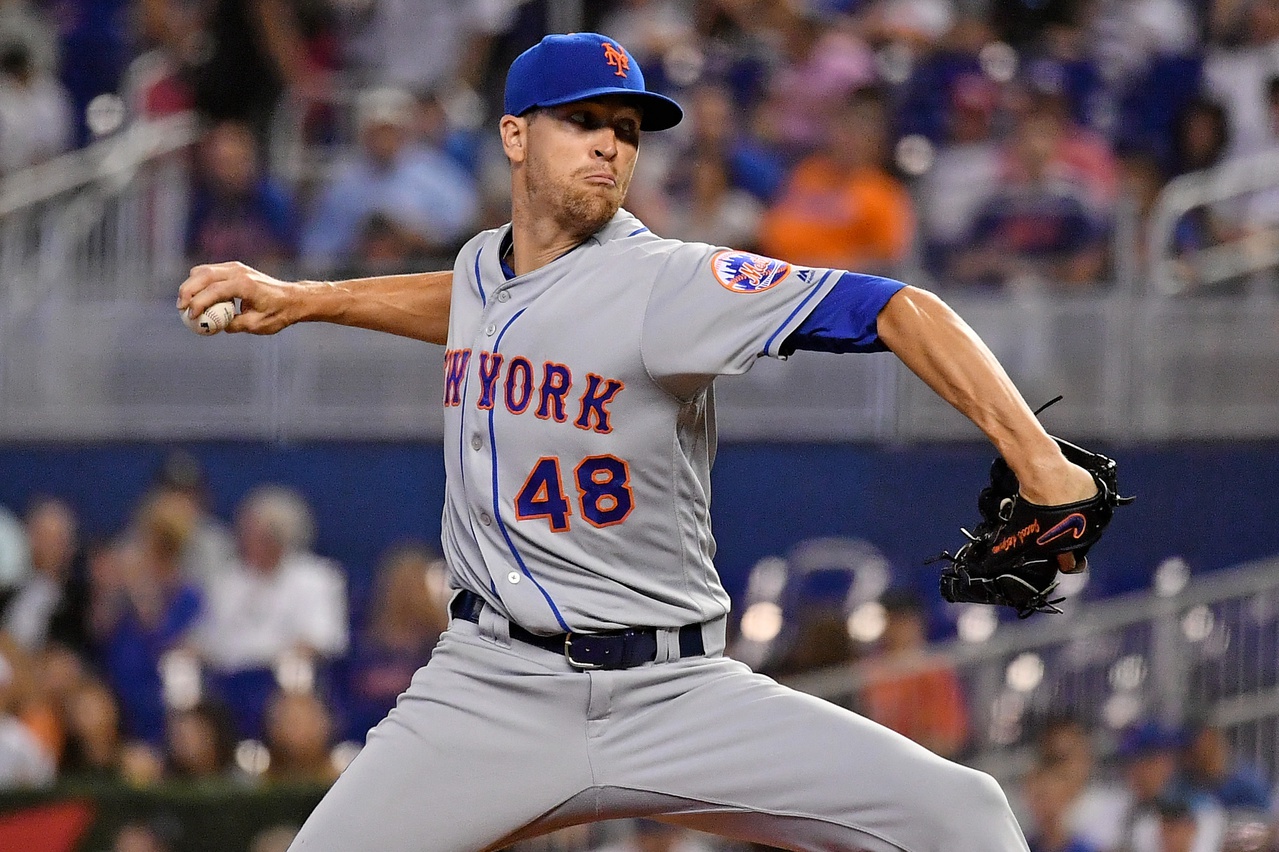 Welcome to my newest edition of Bales' Best MLB Bets. In this article, I will outline my favorite bet for July 29, 2020. You can also find all of Bet Karma's staff bets through our MLB Premium Package.

This is a bet on Jacob deGrom more than anything. He’s coming off of an elite season, backing a 2.42 ERA with a 3.11 xFIP and a 3.29 SIERA. deGrom started the 2019 season allowing only one hit over five innings to the Atlanta Braves. He has been as good as any pitcher in the MLB dating back to his final few games of 2019. He allowed only 1 run over his last 33 innings, including 4 consecutive games without allowing a run.

deGrom was slightly better at home in 2019, although his numbers were relatively similar regardless of where he throws. He was significantly better against right-handed batters, holding them to a .202 average with a 2.77 xFIP. Like most deGrom is better when he’s controlling the count, and he’s nearly unhittable once he gets two strikes on his opponent. He only needed 72 pitches in his first start to get through 5 innings, suggesting deGrom could see that pitch count increase a bit tonight as he gets more stretched out.

The New York Mets bullpen continues to have its issues, but they have a number of outstanding arms to rely on. Seth Lugo and Dellin Betances have proven to be elite arms, while Jeurys Familia and Edwin Diaz continue to be upside options that can shut down opposing options on any given night. In deGrom’s first game, Lugo, Justin Wilson, and Diaz combined for four shutout innings.

The Boston Red Sox have scored 26 runs on the season, although 13 of those runs came in their opening game. Since then, they’re averaging only 3.3 runs per game. More importantly, David Peterson, Michael Wacha, and Alex Cobb help their offense to only 4 runs in their innings as starters. Needless to say, deGrom will be on a different level than anyone Boston has faced this season.

The Red Sox are expected to start five left-handed batters tonight. Their lineup is expected to be a mixture of righties and lefties, though, allowing deGrom to potentially limit damage if he struggles at any point. Boston’s best left-handed bats have started the season ice cold, as well, giving deGrom a major edge over them.

Rafael Devers and Andrew Benintendi are the two top options for Boston from the left-hand side of the plate. They have combined to go 5-37 through 5 games, though. They are both hitting under .200, although Devers has a trio of triples this season.

I don’t expect deGrom to throw more than seven innings (maximum) in this game, but I expect New York’s bullpen to handle Boston offense for the remainder of the innings. The Red Sox have struggled against arguably the easiest group of pitchers any team has faced. This will be a massive step up in competition, and we could see deGrom go another 5+ innings without allowing a run tonight.

Keep in mind, three runs is an extremely low team total. It will be a sweat from the beginning of the game until the end, as only a bit of bad luck could allow the over. With that being said, I’ll take elite pitching over a below average offense any day of the week.