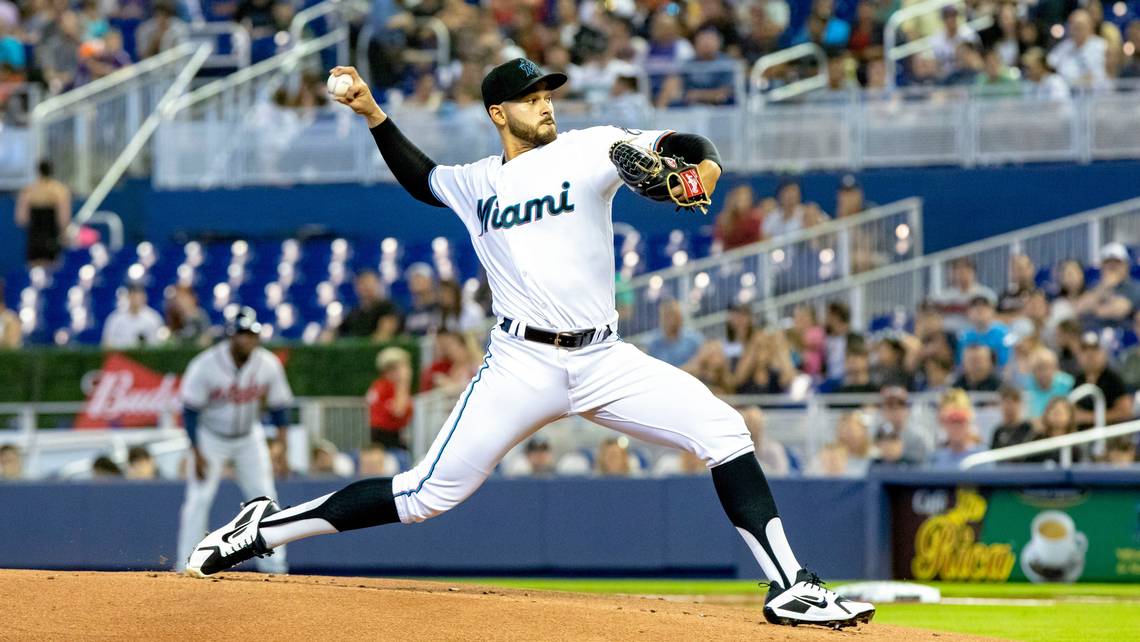 Welcome to my newest edition of Bales' Best MLB Bets. In this article, I will outline my favorite bet for August 14, 2020. You can also find all of Bet Karma's staff bets through our MLB Premium Package.

The Miami Marlins and Atlanta Braves will start their three-game series in Miami tonight. Both offenses have found success early in the 2020 season but there is a clear mismatch in the starting pitching tonight.

Pablo Lopez has thrown well in the MLB since 2018 but he has taken his game to the next level through two starts this season. He has allowed only 2 runs over 10 innings. His success is backed by a 2.85 xFIP and a 3.41 SIERA.

Lopez added a cutter in 2020 while throwing his sinker and change-up more and barely throwing his curveball. His new pitch mix has worked well early this season, allowing him to post 26.2% strikeout and 14.2% swinging strike rates. Lopez has always been a ground ball pitcher but his 66.7% ground ball rate in 2020 has been elite. He’s also held his opponents to only a 25.9% hard-hit rate and a 3.7% barrel percentage.

Lopez has yet to throw at home in 2020 but he was at his best in Miami throughout the 2019 season. He recorded a 4.13 xFIP at home while also posting a 3.91 xFIP against right-handed batters. The biggest concern for Lopez is his walk rate and setting himself up for failure by getting behind in the count.

He gets a matchup against the Atlanta Braves tonight. They rank third in the MLB in runs scored, averaging 5.2 runs per game. They are due for a bit of regression, though, as they rank 12th in team batting average, eighth in slugging percentage, and 10th in OPS. Atlanta has been at their best on the road against right-handed pitching, but they’re coming off of two road series against the New York Yankees and Philadelphia Phillies. In other words, they’re moving from two of the most hitter-friendly stadiums in the MLB to one of the most pitcher-friendly.

Atlanta will be without two of their most dangerous bats in Ronald Acuna Jr. and Ozzie Albies. The way their current lineup projects, the Braves will feature four right-handed batters in their first five slots without many concerning options in filling out their lineup. If Lopez can work around Freddie Freeman, he has the tools to find success against an injury Atlanta offense.

Kyle Wright threw well before the season but his Spring Training success hasn’t translated through three games. He’s allowed 9 earned runs over 12 innings. He has also struggled with a 5.51 xFIP and a 6.02 SIERA, which has been the case throughout his MLB career.

Wright does own a 13.2% swinging-strike rate this season but his 18.6% strikeout rate leaves quite a bit to be desired. He does own a 42.1% ground ball rate, but his 18.2% HR/FB rate has allowed opposing offenses to find plenty of success against him. He has also given up a 42.1% hard-hit rate to go along with a 7.9% barrel percentage.

Wright’s MLB career has been brief but he owns a 5.84 road xFIP. He has also allowed a 5.85 xFIP to right-handed batters while lefties own a 5.33 xFIP against him. Wright has been a solid option the first time through the lineup, but he has struggled with a 7.81 xFIP the second time through the lineup in his career. He also struggles when he’s behind in the count and Wright’s 17% walk rate in 2020 suggest he has yet to figure out his control issues.

Miami has featured a solid offense through 12 games this season, averaging 5.0 runs per game. They only rank 18th in the MLB in team batting average, 21st in slugging percentage, and 20th in OPS. They lead the Majors in steals per game, though, allowing them to turn singles or walks into scoring opportunities.

The Marlins feature a mix of left- and right-handed batters throughout their lineup. It may not matter against Wright, though, as he has struggled against both sides of the plate. I expect Miami to take a patient approach at the plate while utilizing their speed to score runs.

The Braves offense will be short-handed in this game while Miami clearly has the better starting pitcher of the two. I’m grabbing the first five because I want to take Miami’s bullpen out of the equation. They own a respectable 4.02 ERA this season but their 5.52 xFIP suggests they’re going to see regression, and I’m focusing more heavily on Lopez’s success in this matchup.