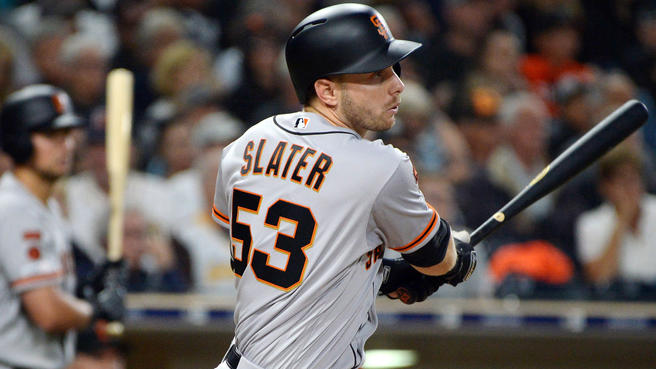 Welcome to my newest edition of Bales' Best MLB Bets. In this article, I will outline my favorite bet for August 21, 2020. You can also find all of Bet Karma's staff bets through our MLB Premium Package.

The Arizona Diamondbacks and San Francisco Giants will play in a battle between two of the hottest offenses in the MLB with two below-average pitchers taking the mound.

Robbie Ray has allowed 21 earned runs over 22 innings through 5 starts in 2020. His struggles on the mound are backed by a 6.89 xFIP and a 6.07 SIERA. Ray has struggled with home runs throughout his career, and he owns a 2.86 HR/9 with 62.7% fly ball and 18.9% HR/FB rates. He also enters this game with ridiculous 50% hard-hit and 13.3% barrel rates. Ray’s ability to work out of tough situations has always come through his strikeout potential, but his strikeout and swinging-strike rates have dropped to 25% and 10.8%, respectively, this season.

Ray threw well in 2019 but was at his worst against right-handed batters. He allowed a 3.99 xFIP to righties as opposed to a 3.04 xFIP to left-handed batters. Ray recorded a 3.95 xFIP on the road as opposed to a 3.50 xFIP at home in 2019. He’s a pitcher that is significantly better when he gets ahead in the count, which is important as his walk rate increased to 18.5% in 2020 and his first strike rate dipped to only 42.6% thus far.

San Francisco’s offense has caught fire recently, ranking seventh in the MLB in team batting average and ninth in slugging percentage over the last 10 days. They’re averaging 6.1 runs per game over that span, as well. San Francisco has been at their best at home, where they’re hitting for a .282 average with a .487 slugging percentage and a .847 OPS through 11 games. They also own a .261/.485/.821 line against left-handed pitching in 2020.

The Giants are utilizing seven right-handed players tonight. Mike Yastrzemski is one of their two lefties, as well, and he has the potential to find success against any handedness of the opposing pitchers. This is another matchup San Francisco can take advantage of.

Logan Webb will be taking the mound for the Giants. He has held his opponents to 13 runs (8 earned runs) over 20.1 innings in 5 starts this season. His advanced metrics don’t match that, though, as he owns a 5.06 xFIP and a 5.26 SIERA. He isn’t a great strikeout option either, posting a 19.4% strikeout rate to go along with an 8.8% swinging-strike rate.

Throughout his short career, Webb has been a reverse splits pitcher, recording a 4.64 xFIP against right-handed batters. He’s been a bit better at home, but San Francisco isn’t as pitcher-friendly of a stadium in 2020. Webb isn’t able to go deep into games, as his xFIP increases to 5.73 his third time through the opponent’s lineup. Similarly to Ray, Webb struggles when he gets behind in the count, and his 11.8% walk rate in 2020 is concerning.

The Diamondbacks have caught fire recently, leading the MLB in team batting average and ranking 14th in the league in slugging percentage over the last 10 days. They’re averaging 5.9 runs per game over that span, although they played a pair of games in Colorado. Arizona has struggled on the road this season, but they have found success against right-handed pitching.

The Diamondbacks offense is expected to feature a number of left-handed batters, but they have a few righties that possess plenty of upside.

One of the most important aspects of this game is the bullpens. The Giants and Diamondbacks currently rank last and 20th in the MLB in bullpen xFIP. They have a number of hittable arms throughout the pen, and each offense should continue to find success after the starters are out.

I’m taking a shot on two offenses that have caught fire recently against two pitchers with poor advanced metrics and two of the worst bullpens in the MLB. San Francisco’s stadium is also significantly more hitter-friendly than it has been in the past, adding another positive element to this play.

Bet 1.06 units on Arizona Diamondbacks and San Francisco Giants over 9.5 to win 1 unit