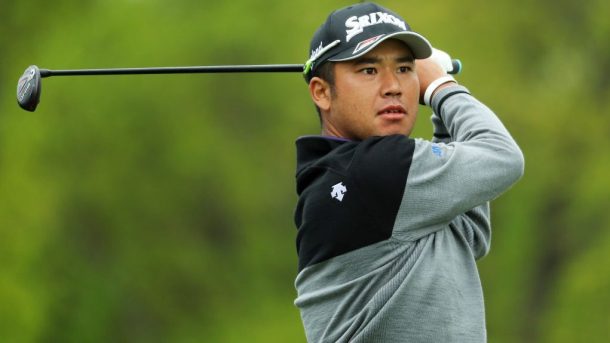 Welcome to the BMW Championship and welcome to my weekly betting piece. I focus a lot of time on the DFS side of things for Golf but I have actively bet outrights/props/Top 5s, 10s, and 20s for many years as well as Golf is one of the biggest “bang for your buck” sports to bet on in the world. Albeit not as likely, each year it seems we see either a 300/1 or even 500/1 winner on the PGA Tour and hitting just one of those can pay for your next few YEARS of golf betting.

Recap: Wow… what a performance from DJ as he shot a 60 on Friday (only the SECOND lowest round of the day and never looked back, only making 3 bogeys all tournament and finishing at -30. Unfortunately, I saw that DJ number and didn’t hit, which in hindsight, would have been nice; however, we cashed both Top 20 bets to have another solid 10+ unit week and bringing us above 70 units for the year! I always stress to our discord members the importance of matchups and Top 10s/Top 20s as even without the winner you can have a very profitable week if these guys lower down the board can have a solid round or two on the weekend. Palmer had an excellent tournament and was consistent throughout while we needed a solid round 4 from Kokrak that he topped with an eagle on his 72nd hole to lock in that Top 20 as well. Hope to get a winner here as it’s been a while at the no cut, 2nd event of the FedEx!

Not sure if I’ve ever actually bet Finau outright since I’ve said to anyone and everyone how he can’t close and has very low win equity week in and week out despite being an elite talent… I will acknowledge while he still hasn’t won anything big, this year he really seems to be locked in most weeks and ranks 1st in my course fit model this week (SG: Total on comp course) and as an elite long iron player on a longer course, this should suit him well. We always get worse odds on Finau than we probably should since he’s very popular, but I like his chances this week in a limited field with no cut and the fact that he sits 29th in the FedEx Cup ranks means he needs a solid tournament to get to East Lake.

Similar to Finau, Tiger REALLY needs a good week to get to East Lake as I think a 4th or better will do it, otherwise, he’s out. Tiger has continued to make cuts and strike his irons well, now gaining strokes on Approach in all 5 tournaments in 2020 while his putter has shockingly let him down. Maybe it’s just because I’m a Tiger superfan, but his round this past Sunday looked like the rust was gone and he was laser focused and I expect that to continue here… he’ll be pin seeking as he knows his position and knows he has to take advantage of what should be a tougher test than last week.

It’s hard to believe that Hideki hasn’t won since the WGC in 2017 as it feels like week in and week out, he’s so elite with his iron game and despite being a horrible putter, has numerous high finishes over the last few seasons. He’s been slightly inconsistent the last few weeks, but still has gained T2G in every tournament since February except one and on a week with small greens, Hideki is actually an excellent scrambler, it just matters if he can convert the putts inside 10 feet (normally doesn’t). Similar to DJ, when he gets hot, he can storm the field and I think he continues his good form of several Top 25s in a row and contends this week.

Always difficult to get a read on Scott as he plays so few tournaments, especially this season, but had it not been for a disastrous Saturday last week where he missed I think 8 putts inside 6 feet (that’s amazing), his finish would have been much better. Like Tiger, I was encouraged by his ball striking and despite being hit or miss the last few, he’s gained strokes T2G in each tournament and ranks Top 10 in my course fit model for the week. I think this is a great number for an elite talent who just had to shake off some rust after the restart.

Dahmen is interesting because he seemingly has random weeks where things just kind of go to hell and he’s never in much contention or playing well. He has had a fantastic 2020 with 4 Top 12s or better, a few Top 20s, and a quiet T10 at the PGA Championship a few weeks ago. Besides a random back to back blip at Muirfield where he lost 4000 strokes T2G, he’s gained over 4 strokes T2G in 6 of his last 9 tournaments and if he can putt average, he has solid upside. While these numbers aren’t tremendous for T10/T20, it’s only a 70-man field with no cut so he can shake off a bad day if necessary.

Hovland is a serious talent and everyone saw him with an awesome Sunday at TPC Boston; however, his last 2 tournament finishes have come a LOT from his putting, which has historically been the weakest part of his game. Since the Memorial, he’s only gained with his irons in 2 of 4 tournaments and lost Off the Tee in 3 of his last 4. Finau couldn’t putt last week but everything else was still on point so I think this is a lot of value we’re getting as we want to favor consistent ball strikers over hot putters.

Casey is so annoying. Randomly pops at the PGA Championship when no one is on him and gains over 7 strokes on APP and then reverts right back to sucking the next to weeks, losing on APP win both with middling T2G and SG: OTT. I think Scott should be able to win this matchup easily as Casey has been all over the place and similar to Scott, when his putter goes bad… it goes real bad. Take the better long-term ball striker here and a guy who is on the up with less volatility.