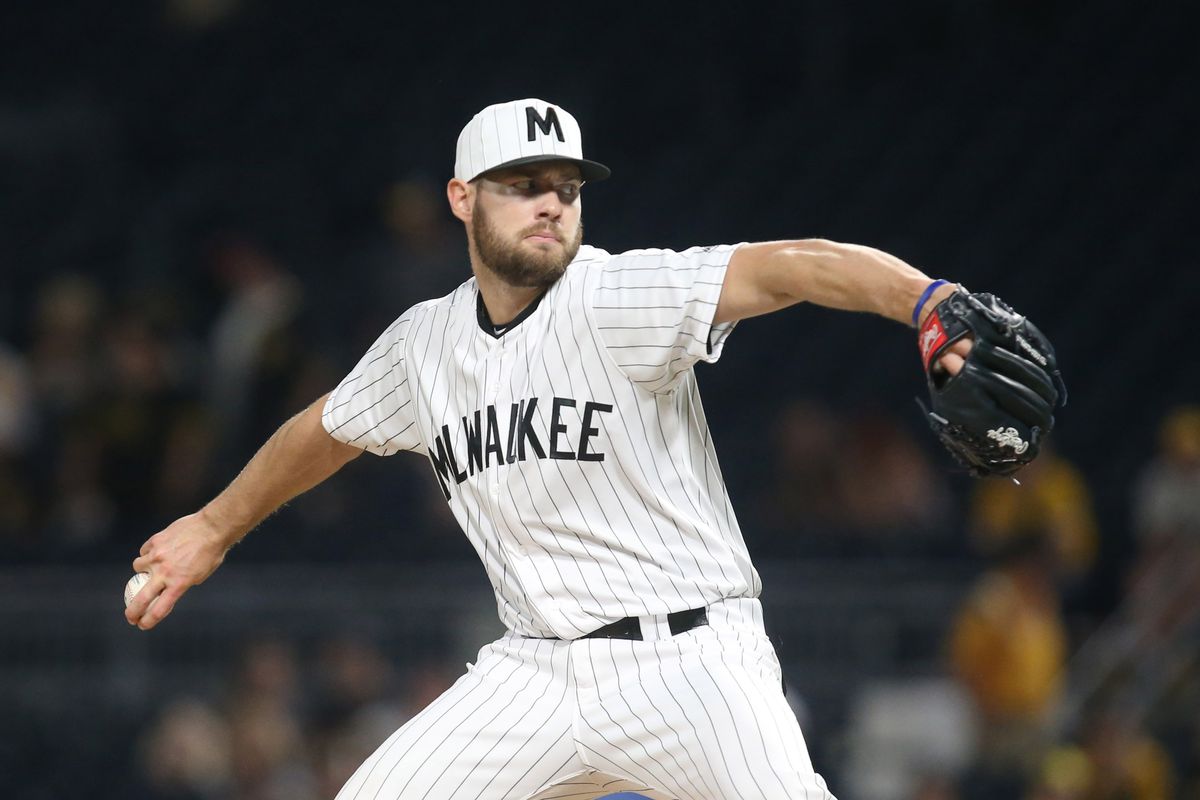 Welcome to my newest edition of Bales' Best MLB Bets. In this article, I will outline my favorite bet for August 27, 2020. You can also find all of Bet Karma's staff bets through our MLB Premium Package.

The  Cincinnati Reds and Milwaukee Brewers will compete in Game 3 of the series tonight. I’ve bet the under in each of the first two games, comfortably hitting each time. I’m going back to the well tonight for essentially the same exact reasons as before.

Gray was a pitcher that was more comfortable at home in 2019 but still boasted a 3.92 xFIP on the road. He was also relatively similar against both sides of the plate, although he was slightly better against left-handed batters. The major concern with Gray is that he needs to get ahead in the count, but posted an 11.5% walk rate on the road in 2019. We’re getting him at a discount, though, because he allowed four earned runs over 5.1 innings in Milwaukee earlier this season. His .375 BABIP in that game suggested he got a bit unlucky, though, and I fully expect him to bounce back tonight.

The Brewers continue to feature one of the worst offenses in the MLB, ranking 27th in the league in team batting average and 18th in slugging percentage over the last 10 days. Over that span, they’re averaging 4.1 runs per game. Milwaukee has been better at home, but they are still only hitting for a .224 average with a .394 slugging percentage and a .681 OPS through 10 home games. They have also been held to a .200/.341/.619 line by right-handed pitchers this season.

Adrian Houser isn’t a pitcher that gets a lot of respect, but he’s solid through and through. He’s allowed 12 earned runs over 29 innings through 5 starts. His 3.72 ERA nearly matches his 3.76 xFIP and 4.06 SIERA this season. He’s held his opponents to a 38.1% hard-hit rate to go along with a 4.8% barrel rate. The strikeouts haven’t been there for Houser, but his 9.6% swinging-strike rate suggests he could see positive regression on his 17.9% strikeout rate. Most importantly, though, he boasts an elite 66.3% ground ball rate in 2020.

Houser looked elite in Milwaukee in 2019. He held his opponents to a 3.31 xFIP while striking out nearly 30% of the batters he faced. He does own massive handedness splits, holding right-handed batters to a 2.99 xFIP while posting a 4.45 xFIP against lefties. With that being said, he has looked outstanding the first two times through the lineup throughout his career. If he can get through twice without being blown up, the Milwaukee bullpen can handle the rest of the game.

Houser gets a matchup against Cincinnati, who currently rank last in the MLB in team batting average and slugging percentage over the last 10 days. Over that span, they’re averaging only 2.4 runs per game. They’re hitting for a .178 average with a .317 slugging percentage and a .596 OPS outside of Cincinnati. They also own a .200/.382/.689 line against right-handed pitching in 2020.

The Reds and Brewers bullpens continue to be undervalued. They rank 24th and 12th this season in ERA, respectively. With that being said, Cincinnati ranks 11th in the MLB in bullpen xFIP while the Brewers lead the league in the same category. In a close game, each team can rely on its bullpens to shut down opposing offenses.

The game yesterday ended with five runs, but the majority of them were more or less luck-based runs. The Reds scored their two runs after a two-strike check-swing hit with two outs. The Brewers also scored after Joey Votto threw a double-play ball off the runner’s elbow.

I’m going to continue to attack two struggling offenses with successful starters and two of the better bullpens in the MLB. It’s a bit surprising the totals for this series have been set this high, but we can take advantage of it for the third consecutive day.

Bet 1.15 unit on the Cincinnati Reds and Milwaukee Brewers under 6.5 runs to win 1 unit

UPDATE: This game is set at 6.5 runs because it will only be 7 innings as the first game of a double-header. This game is scheduled for 5:10 PM EST tonight with Sonny Gray and Adrian Houser as the starting pitchers. I'm not sure if this game even plays, but I still like the under if they opt to play.