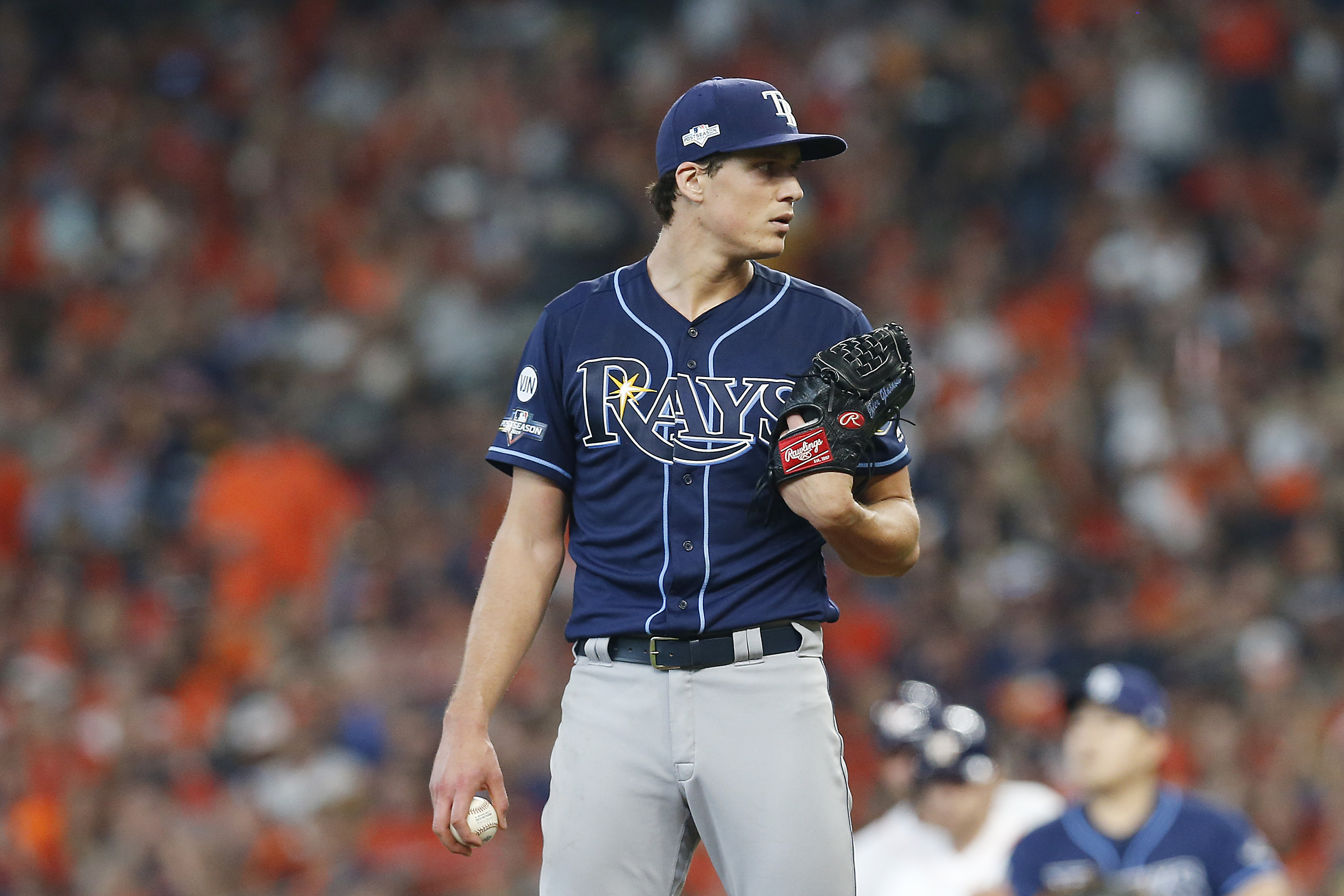 Welcome to my newest edition of Bales' Best MLB Bets. In this article, I will outline my favorite bet for August 31, 2020. You can also find all of Bet Karma's staff bets through our MLB Premium Package.

The Tampa Bay Rays and New York Yankees start this series with a pair of aces on the mound tonight.

He only saw a small change to his pitch mix, throwing his curveball roughly 7% more and his fastball 7% less in 2020. His ground ball rate dipped from 50.4% last year to 35.6% this season. His HR/FB rate also jumped from 8.5% last season to 22.7% in 2020. I don’t expect these numbers to sustain, though. Glasnow’s BABIP also sits at .345 while his control doesn’t seem to be a major issue overall.

In limited innings in 2019, he posted an elite 2.78 xFIP on the road. He was also dominant against right-handed batters, holding them to a 2.50 xFIP. Glasnow is a pitcher that is nearly untouchable when he’s ahead in the count and he was at his best last season the deeper he threw into the game.

The Yankees offense has been struggling in recent games. Over the last 10 days, they rank 28th in the MLB in team batting average and slugging percentage while ranking 26th in wOBA. New York is averaging only 3.4 runs per game since returning from a few postponed games. Their offense continues to suffer from injuries.

They have been at their best at home, where they own a .264 average with a .512 slugging percentage and a .874 OPS. They also boast a .252/.463/.811 line against right-handed pitching. While that is a bit concerning, their offense is susceptible to elite pitching and will continue to be deflated without a few of their top bats.

Cole hasn’t changed his pitch mix, yet he’s allowed a 46.9% fly ball rate in 2020. His HR/FB rate has also increased to 21.7%. His barrel rate sits at 11.1% in 2020 and I expect all of these numbers to drop as he throws more. With that in mind, Cole’s biggest issues have been home runs, although not nearly as much as this season.

He posted a 2.15 xFIP at home in 2019 but will be throwing in one of the most hitter-friendly stadiums in the MLB this season. Still, early in 2020, Cole has found slightly more success at home. In 2019, Cole was similar against both left- and right-handed batters. Similarly to Glasnow, he’s nearly untouchable once he’s ahead in the count and I expect plenty of that in this game.

The Rays offense has been more or less average over the last 10 days. They rank 18th in team batting average, 16th in slugging percentage, and 14th in wOBA. They are averaging 4.7 runs per game over that span, including 12 home runs in 9 games.

Unsurprisingly, Tampa Bay has been better on the road in 2020. They are hitting for a .267 average with a .462 slugging percentage and a .802 OPS. They also boast a .252/.444/.781 line against right-handed pitching. Their recent inconsistencies don’t bode well against an elite pitcher, though.

One of the top aspects of this play is the bullpen, though. The Rays rank eighth in the MLB in bullpen ERA while the Yankees rank 17th. With that being said, Tampa Bay and New York rank fifth and eighth in the league in bullpen xFIP, respectively. The Yankees bullpen specifically is being undervalued at the moment but both possess the ability to shut down opposing offenses.

Two of the best pitchers in the MLB will be taking the mound with Glasnow due for quite a bit of positive regression. Neither offense has been playing overly well in recent games, and once the starters are out, they will have to deal with a pair of top-10 bullpens. The only major concern in this game is the Yankees hitter-friendly stadium, but I expect the pitching to dominate this game tonight.