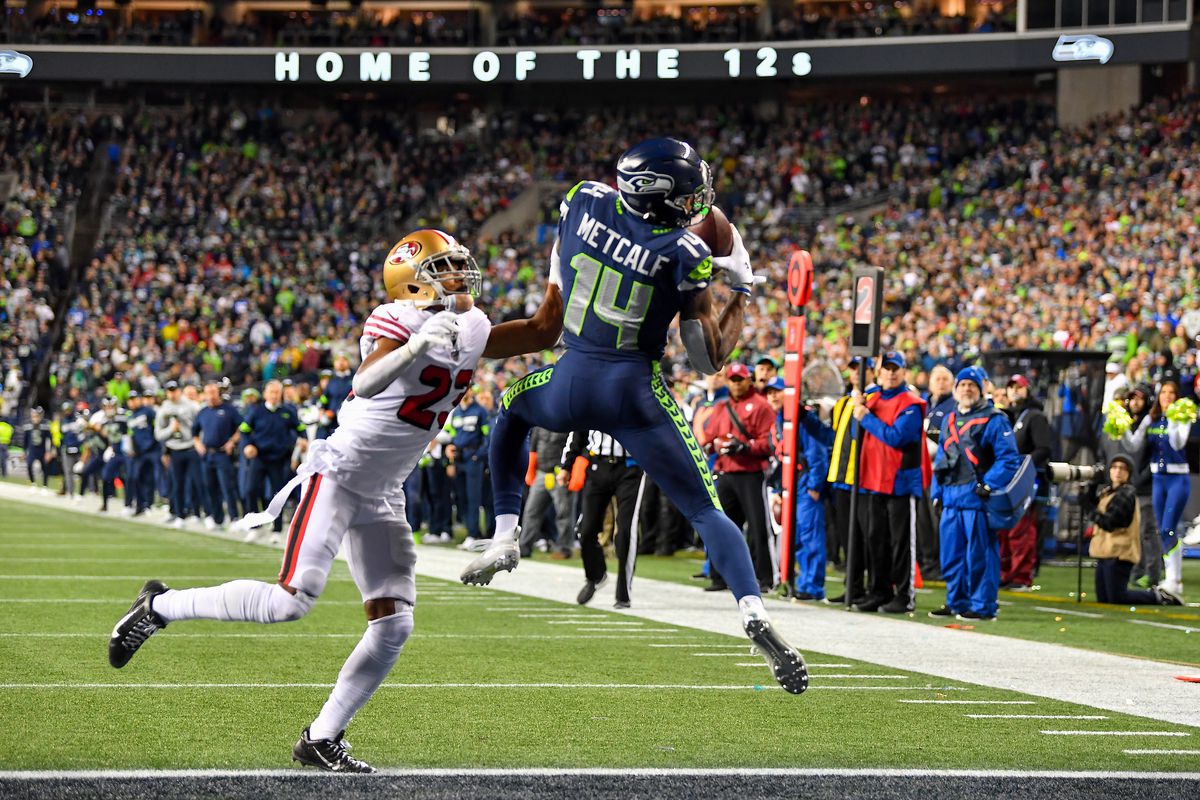 Welcome to my newest edition of Bales' Best NFL Bet. In this article, I will outline my favorite bet for Week 1 of the NFL season. You can also find all of Bet Karma's staff bets through our NFL Premium Package.

Keep in mind, you should always be shopping books for the best price. Some props will be a few yards different while some spreads could be an entire point different. Getting the best number possible is one main key to being a successful bettor.

The Seattle Seahawks and Atlanta Falcons will meet in what projects to be the highest-scoring game of the weekend. The Seahawks are currently -2.5 point favorites in a game set at 49 points, giving them an implied team total of 25.8 points.

Atlanta and Seattle are two teams that pushed the pace in 2019. They ranked second (68.5) and 11th (64.6) in the NFL in play per game, respectively. The Seahawks are a team that is much more willing to slow the pace down and control the clock, although they will see a bump in offensive opportunity with the Falcons playing at one of the fastest paces in the NFL last season.

That bodes well for D.K. Metcalf who ended the 2019 regular season with 58 receptions for 900 yards and 7 touchdowns on 100 targets. The rookie truly broke out in the playoffs, totaling an 11/219/1 line on 14 targets in a pair of games. Metcalf saw inconsistent snaps until Week 8 of his rookie season. Once he was inserted as a bigger part of the offense, he averaged 4.5 receptions for 66.4 yards and 0.6 touchdowns on 6.7 targets per game.

The second-year receiver spent his offseason creating a better rapport with Russell Wilson. He also trained with Greg Olsen and Richard Sherman, suggesting he will be better prepared mentally for this season.

Metcalf was the WR2 behind Tyler Lockett in 2019 but that may change this season. The former is expected to see more opportunities after seeing 1,296 air yards with a 13.0 aDOT in 2019. His ability to make big plays down the field kept his catch rate at only 58%. Metcalf is likely to become more efficient as he expands his route tree, although the deep ball is always going to be one of his best attributes.

The Falcons drafted A.J. Terrell with their first round pick but failed to make any other major adjustments to help their secondary in 2020 after letting Desmond Trufant leave. Atlanta projects to have one of the worst secondaries in the NFL once again, suggesting Seattle could change their run-heavy offensive attack the first week of the season to take advantage of a clear mismatch between their receivers and the Falcons secondary.

It may be wishful thinking to believe Seattle will rely more on their receivers than running backs but it likely won’t matter for this bet. I, along with many, expect a breakout year from Metcalf. Opposing defenses still need to worry about the ultra-efficient Lockett, opening the field for Metcalf to use his size to take advantage of smaller receivers. I don’t expect many weeks that we see his receiving prop this low, especially in a great matchup, and this is a key time to take advantage of that.