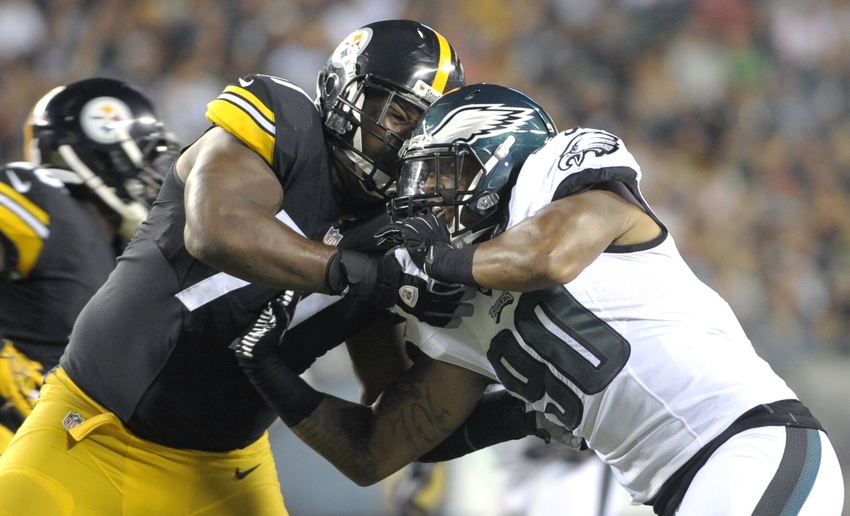 Once every four years, the two Pennsylvania teams battle it out for state supremacy. This is a battle of two offenses that rank in the bottom six. Neither team is incredibly inept at moving the ball and making big plays. The Eagles are very beat up injury wise, missing their top three receivers on the depth chart. This makes Wentz’s best wide receiver a converted quarterback in Greg Ward. He is joined by some practice squad guys that somehow got the job done against the 49ers last week. The Steelers are the third best defense in the NFL, tied with the 49ers. This game will be depend on which quarterback can stay upright to make plays. The number one and number two best pass rush teams in the NFL are featured right here in this game. Both teams rank in the top ten in pass blocking, so we will see which offensive line can hold up against the heavy pressure that will come.

The Arizona Cardinals disappointed a lot of people by losing to the Panthers last week. They did not look good in defeat either. They bring the sixth-worst offense to New York to take on a bottom ten defense in the Jets. The Jets have looked miserable and hapless through the first four weeks of this NFL season. They rank tenth in rush defense and tenth in pass rush in the NFL. With these ratings, it is strange to see them being such a poor team. Their biggest problem is that they are a bottom five coverage unit. When they have the ball, they have shown no ability to protect their quarterback. They come in with the worst-rated pass blocking unit in the NFL. A team that can't protect their quarterback will struggle immensely. This is especially true when their top running back is injured, and there is a very pedestrian receiving unit to throw to. This Cardinals team will need to bounce back if they want to keep up with their high-powered division rivals.

The Rams bring their top five offense to Washington this week. After struggling to scrape by the Giants, we will see if Jared Goff can right the offensive ship against a defense that isn't as bad as one would think. Washington has the 11th best pass rush unit in the league and is middle of the pack in tackling and rushing defense. Washington's problem lies within their offense. Coach Rivera has decided to bench Haskins. I eluded to Haskins' willingness to throw into coverage consistently, and it appears that the coaching staff has had enough of it. The question that should be asked is if Kyle Allen can improve this offense that is rated fifth-worst in the NFL. The Rams don't seem to have a weakness, so we will see what Coach Ron decides to do in order to find one.

This game features the bottom two teams in the AFC South. The Jaguars are a team that everyone expected to be bad, so this is no surprise. The Texans made the playoffs last year, and are considered one of the luckiest team ever. Many people felt that the Texans had no chance of duplicated the "success" they had last year. They come into this game with the fourth-worst defense in the NFL. They struggle in coverage, pass rush and can barely stop the run. Offensively, Houston is middle of the road. I still feel like getting rid of arguable the best wide receiver in the NFL is having a detrimental affect on this team. Their awful coach was fired last week. Typically, teams come out on fire after a coach is fired. This is typically because the players want to show that the coach was why they are bad and not the players. I expect Houston to play hungry because of that. Jacksonville comes into this game after giving two teams their first win of the season. Will Houston be the third team that the Jaguars help get off the snide?

A battle between the perceived best and the worst team in the AFC North takes place here. The Ravens have been very impressive until they met up with the Kansas City juggernaut. They come into this game with the seventh best offense in the NFL. The Ravens do seem to have a weakness that could be exploited by the right team, their defense. I have seen teams move the ball up and down the field on Baltimore's 18th ranked defense. Joe Burrow has had flashes of goodness but has also shown signs of being a young rookie. The Bengals have not offered much protection for Burrow, being the fourth-worst pass blocking unit in the league. The Ravens looked good against a bad Washington team. We will see if they can keep the momentum up against a bad division opponent.

What do you get when you have the second worst defense squaring off against the seventh best offense? You get this division battle between the Raiders and the Chiefs. The Chiefs have continued to look impressive and dominant, extending their overall winning streak to 11. The defending champions have picked up where they left off last season, and should continue that momentum against a beat-up Raiders team. The Chiefs' defense is nothing to be overly fearful of. The problem that teams have facing them is keeping up with them offensively. The Raiders, having three straight possessions in turnovers will have a huge mountain to climb in order to compete with arguably the best team in the AFC.

What do you get when you put two bottom 10 offenses and two bottom 10 defenses against each other? You get this interesting division matchup between the Panthers and the Falcons. This is one of the more interesting games to me because the Falcons seem to have so much firepower. But, they seem to produce so little fire. Nagging injuries to Ridley and Jones are really putting a damper on their performance. The Falcons are the 10th worst defense in the NFL. It is imperative for them to put up points in order to have a chance to keep up with their opponents.

The 49ers just came from a home loss to a beat-up Philadelphia Eagles team. What better way to right the ship then a date with the horrible Dolphins? The Dolphins are not good. There's no nice way to put it. I am worried about how tragic a meeting it will be when they play the Jet this year. For now, they will take their awful secondary to California and try their luck against an injury-ravaged 49ers team. This seems like a must-win for San Francisco because they are in arguably the best division in football. They will have to keep up with the Rams and the Seahawks in order to stay in playoff and division contention. Fitzpatrick has always been night and day, so we will have to see which side shows up in this matchup. Jimmy Garoppolo is expected to be back. They hope that he can take advantage of the worst coverage unit in the NFL

This is a battle between the bottom of the NFC "Least". The Cowboys seem to have the widest gap in offensive production and defensive stopping ability. They seemingly cannot stop any team from doing anything. On the other side of the ball, they have the firepower and capability to keep up with these teams that they cannot stop. The Giants are just not good. They were bad before losing their best player. Now it appears the New York Giants are just going to flounder through the season. The Cowboys have been arguably the most entertaining team to watch. Despite being 1-3, they seem to be the best team in the division. This matchup appears to be a matter of can the terrible offense score on a terrible defense in order to keep up with an awesome offense. I can't say that this will be a good game, but it will draw some interest.

For people that enjoy good football and good football games, this will be the game for you. This is a very even matchup. The Colts had the league's top-rated defense. The Buccaneers only jumped over them due to the game they played Thursday. The strength of this team is their defense. Although they have the seventh best rushing defense and the seventh best pass rush, their top -rated coverage unit stands above the league. This is a very well-rounded defense. They are a top 12 offense in the league and this combination makes them the fourth best team in overall rating. We will not shortchange Cleveland. They are the fifth best team in overall rating. Where the Colts are lights out defensively, the Browns have the best offensive line in the NFL. They have the second-best pass blocking unit in the league, barely under the Patriots. Their run-blocking is far superior than any team in the NFL. They are 16% better at run blocking than the next best team, New England. They say that games are won in the trenches. This matchup will fit that mold. This will be a clash of two giants. I will have my popcorn ready to enjoy this matchup of two AFC teams that appear to be contenders, although neither team gets the hype they deserve.

Betting tip of the week: Straight bets are your bread and butter. There is a reason that books offer great odds on multigame parlays. Over the course of time, books win more on parlays than on straight bets. Use Straight bets to be the foundation of your betting and sprinkle in parlays sporadically. You must have an understanding that your chances to lose the parlay far outweighs the odds that you would get paid if you win.