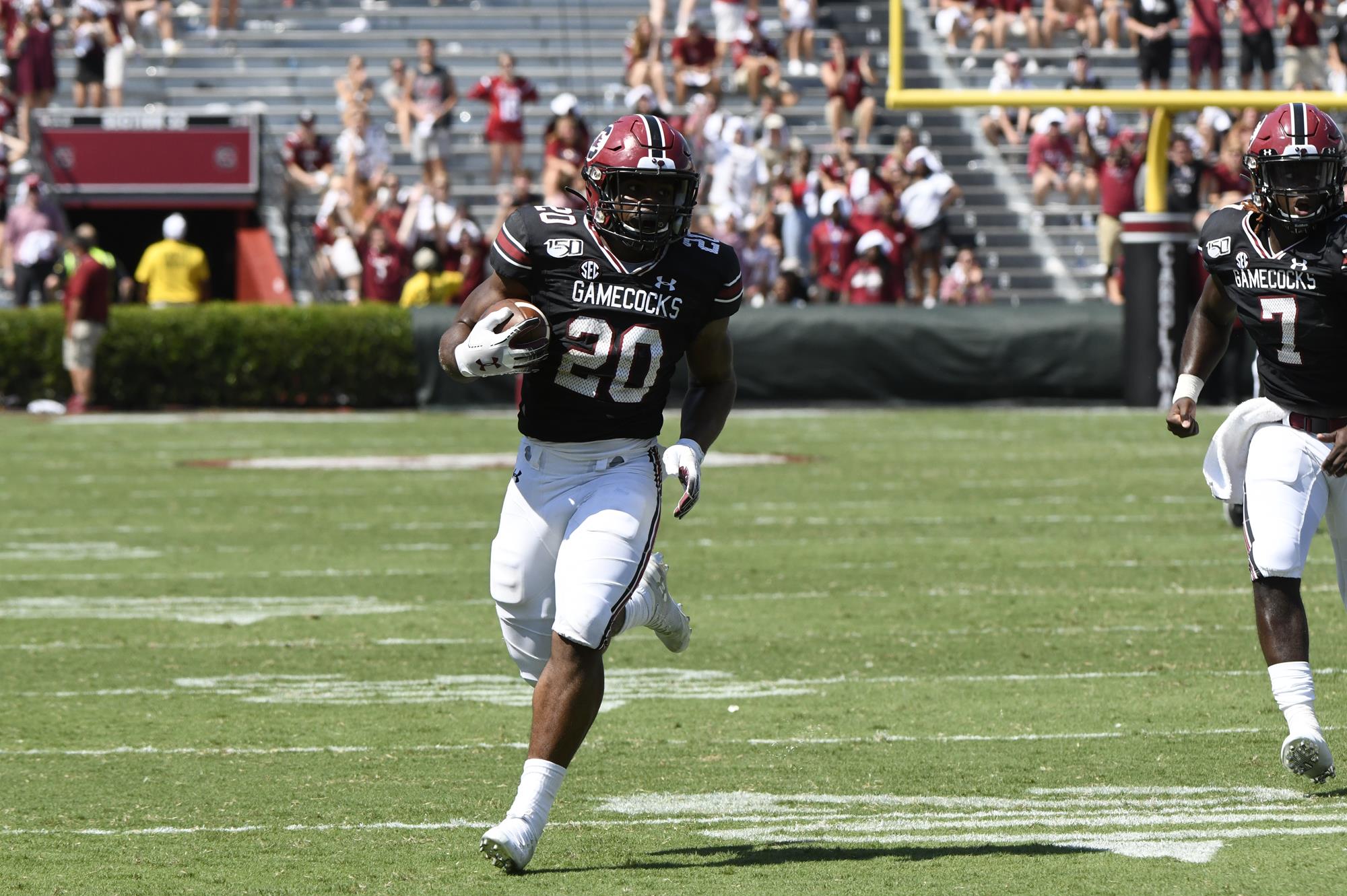 I think a lot of people look at this -3.5 line for Auburn and think that’s a steal to take the Tigers. After all, Auburn is in the top 15, and South Carolina was picked to finish 5th in the East.

But let’s be honest: Auburn had no business winning against Arkansas last week. A backyards spike at the end should have been ruled a fumble. The Hogs got robbed. The Tigers are very fortunate to be 2-1 going into South Carolina tomorrow, who are better than their 1-2 record.

The Gamecocks challenged a ranked Tennessee team in their season opener, falling 31-27 after fumbling a punt return with 1:27 left. The next week, they lost 38-24 against No. 3 Florida, but managed to cover the +18.

Last week, both the offense and defense clicked in a 41-7 win over Vandy, which means SC is coming in with momentum. Auburn followed up a 27-6 loss to Georgia with a controversial 30-28 win against Arkansas last week.

Sure, overall Auburn’s defense is very solid, but look for South Carolina running back Kevin Harris to create problems. Harris is ranked 2nd in conference in rushing yards with 326. After going for 100 against Florida, he tallied 171 last week against Vandy. Believe it or not, Auburn’s defense actually ranks in the bottom 3rd in the SEC in rushing defense, giving up 155.7 yards per game. Harris might have a field day.

But the reason I’m taking South Carolina is not because of Auburn’s defense, it’s because of their offense - or lack thereof. Chad Morris (who Arkansas fired as head coach after not winning a single conference game in two years) might be the worst OC hire in the history of football. I mean, c’mon. You could get a guy off the street who plays Madden every day and he would be better than Chad Morris.

It’s sad, because I do feel like Bo Nix is really good, but the guy who is calling the plays isn’t getting the job done. Auburn ranks 13th out of 14 SEC teams in total offense (and Vandy doesn’t really count so Auburn is last). In passing offense, even with reigning SEC Freshman of the year at QB, they are 12th. South Carolina, meanwhile, has a top three defense in the conference.

I have zero confidence in Auburn’s offense against a very solid South Carolina defense. So give me the Gamecocks, who pick up a signature win for Will Muschamp, or at the very least, cover the 3.5.

Kansas has been outscored 132-44 in three games this season, and have lost each game by an average of 29 points. That includes last week’s 47-7 loss to Baylor. Kansas doesn't appear to be any better than in years past.

West Virginia has had a strong start to the season. The Mountaineers are 2-1 after a huge 2OT win against Baylor last week. I smell a rout tomorrow in Morgantown.

I’ve been handicapping Texas State this season and feel very good about them covering tomorrow. Two weeks ago, they went on the road and nearly picked up one of the biggest wins in program history, falling to Boston College 24-21.

They weren’t at their best last week against Troy, but I think this Texas State team, who is 4-1 ATS in their last 5 road games, takes care of business tomorrow at South Alabama.

UTSA posted one of the easiest covers of the season last week, going into their game as a 35 point dog against BYU and only losing by 7. Army, on the other hand, was a 30.5 favorite against The Citadel and won by 5.

I think this will be a very close game tomorrow, and there’s plenty of value with taking the spread with UTSA. The Roadrunners are 8-3 ATS in their last 11 games.

Give Mack Brown a lot of credit. Getting UNC into the top 5 in just his second season is very impressive. But I’m going to keep it real with y'all: how the hell is North Carolina in the top 5? They pulled away at the end to beat a terrible Syracuse team in week 1, and then barely survived an unranked Boston College in their second game.

Sure, last week was a good win against Virginia Tech, but UNC is perhaps the most overrated team in the country. With Florida State turning to Jordan Travis at QB, I think the Noles put up a fight tomorrow in Tallahassee, and while they might not win, a cover is likely. Getting off to a strong start is key, but I expect them to hang in there and cover the spread like they did last week against Notre Dame.