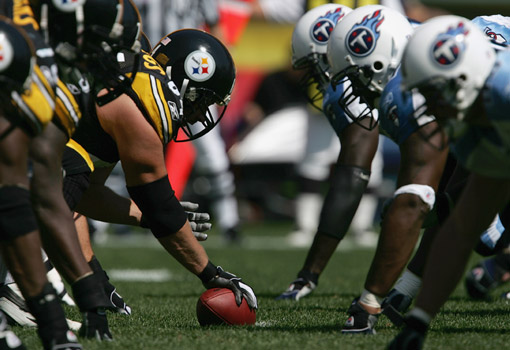 There comes a certain point in each NFL season where we truly see the worst teams in the NFL showing their true colors. Unfortunately for the Jets, this point has arrived. Having actually watched most of the Jets/Dolphins game, I witnessed first-hand how awful this team is. Flacco is not a competent NFL quarterback. He cannot make routine throws. I witnessed him overthrow receivers by several yards consistently. If Darnold doesn’t return soon, I truly see Flacco getting the plug pulled on his run very soon. The Bills are a solid team. They suffered a loss against Tennessee and then against the Chiefs. These are two of the best teams in the AFC. They get the Jets in what appears to be a get right spot. Although the Bills have a worse rated defense than the Jets, I can’t see how the Jets will be able to take advantage. They average 12.5 points a game. I don’t see many teams winning games by scoring 12 points.

Two dome teams clash in what appears will be a high scoring affair. These teams rank ninth and tenth worst defensively. There isn’t much resistance from them. Both teams love to air it out. I love both team's receiving corps and it’s clear that each quarterback does also. It seems as if both teams have discovered that the running back position exists. The Falcons has leaned on Gurley more due to injuries in their receiving corps. The Lions have discovered that Deandre Swift is pretty good and used him to trounce the Jaguars. Maybe this new found balance will improve these team's offenses. Which team will start a winning streak?

This divisional matchup has two teams with three wins each on the season. Despite the Panthers having the same number of wins as the Saints, they seem to always get disrespected. People view this team as overachievers and the perception is that they are performing better than they really are. The Saints are not nearly the juggernaut that they have been in previous years. They are a middle of the road offense with an average defense. Drew Brees has not looked like the Superdome Superman that we all know and love. They do have a good running back duo. That could spell trouble for the Panthers. They have the worst rushing defense in the NFL, by far.

Two teams coming off losses square off here in week 7. The Packers were absolutely destroyed by the Buccaneers. The Texans’ loss came in overtime where they didn’t even get a chance to touch the ball. Both teams gave up a lot of points in their losses. Which team will bounce back? Both of these teams rank in the top six in offense. They both have very good quarterbacks that can move the ball through the air and on their feet if needed. The Texans have a very bad rush defense. This was proven by Henry’s dominance of them last week. The Packers are the third best run blocking team in the league. They also employ a top five running back in the league in Aaron Jones. Jones is a weapon like few others. If you are a fan of defense, you might want to hold your nose when you watch this game.

This is the second meeting of the season for these Ohio teams. The Browns were absolutely embarrassed by Pittsburgh Sunday. They have to bounce back and establish themselves once again as a competitor in the AFC North. The Browns won the last meeting against the Browns, although the score was closer than the game was. Despite the Steelers making a mockery out of the Browns offensive line, it is still the best in football. They are number one in run blocking. They are second best in pass protection. This should allow Hunt to find some holes and give Mayfield some time to find his targets. Pittsburgh has a significantly better defense than the Bengals, so I don’t expect the Browns to have a repeat performance. The Bengals are the third worst rushing team in the league. It seems like Burrow will have to make it happen in order for the Bengals to win.

It’s a shame when there’s two games that match up division opponents and they both look ugly. The Cowboys looked awful against the Cardinals. They ran dink-and-dunk plays all game. I don’t know how they expected to move the ball by throwing it one yard to a covered receiver. Elliot had two cringeworthy fumbles that the Cardinals happily took advantage of. The Cowboys have had the worst defense in the NFL all season. They still do. I am not sure if Washington can take advantage of it. The only offenses worse than theirs are the Broncos and the Jets. These two teams are heated rivals, so their matchups always have some intrigue. This will be a matter of who can come out on top and gain traction in the worst division in football.

These two teams had vastly different weeks. The 49ers had a very strong performance against their division rival, Los Angeles. The Patriots were dominated by a very strong Denver defense and an accurate kicker. The 49ers have to travel to the east coast to take on this Patriots team. Neither team excels in one particular thing. The 49ers have the second worst special teams unit in the NFL. Ironically, it was the Broncos worst special teams unit that single-handedly put up all of the points in their matchup. This one should be interesting. We know Belichick likes phasing out his opponents’ top weapon, so we will see if San Francisco can adjust.

The Chiefs were surprised at home by the Las Vegas Raiders. They gave up 40 points to them. They definitely want to bounce back and establish themselves as an AFC powerhouse to stand strong with the likes of Pittsburgh and Tennessee. They have to go through Mile High in order to do that. The Chiefs may have some challenges moving the ball with their weapons. The Broncos have the number two defense in the league. They are very stout. Funny enough, the Chiefs are third in the league in points scored. The Broncos rank third in points against. This is a true clash of styles. The team that imposes their will on the other should come out on top.

The Chargers come off of a bye week to take on a bad Jaguars team. The Jaguars have a bottom five defense in the NFL. This is also evident by the 181 points they’ve given up so far this season. That is an average of 30.2 points per game. It is very difficult to win if you can’t hold your opponents under 30. Both of these teams are near the bottom offensively. Justin Herbert has looked massively impressive since he’s taken over for Taylor. Part of the issue with the Chargers is the fact that they are bottom five in pass protection. This makes it hard for a rookie to succeed consistently. One thing that gives the Chargers an advantage is that Jacksonville has the second worst pass rush unit in the league. Although neither of these teams will win their division, this game interests me slightly.

Betting tip of the week: If you like a particular side, that does not necessarily mean you should bet that side for the first half or first quarter. Treat each of these bets separate and analyze accordingly.