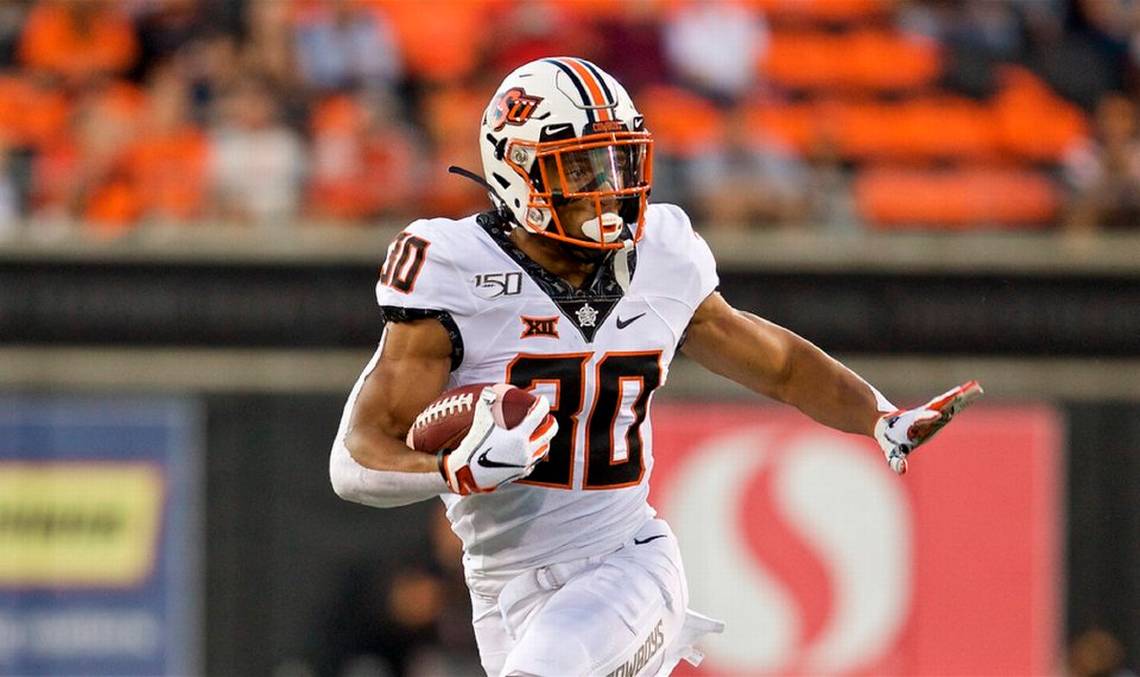 Generally, I like to make my free bet of the week a multi-unit wager. But this game is a MUST bet situation, but we do not want to leave ourselves susceptible to too much exposure. But this is a great match up for us to break down, I feel we have a bit of an edge with the Oklahoma State defense vs the Iowa State offense. This matchup has huge implications, both teams are trying to fight for that top spot in the Big 12. For the Cyclones there is a lot to like. Winners of three out of their four matches with their only loss coming at the beginning of the season to Louisiana. Since then they have won their last 3 and covered in 2 of those. They also own a big victory over defending conference champs, Oklahoma. Prior to the season start, many analysts believe it would be Brock Purdy who would be responsible for this team’s success. With 912 yards, 4 TDs and only 1 interception, you could say he is playing well. But the true spark plug for this team is sophomore running back, Breece Hall. Hall has already accounted for 8 TDs and 531 yards on the ground.  How Hall plays in the big game will dictate the outcome of the match. I spoke on it earlier; Oklahoma States defense is playing great football. It’s not often when a Big 12 team other than TCU holds their opponents to under 10 points per game. They are very stout against only allowing 93.67 yards per game. Good news for Oklahoma State is, starting QB Spencer Sanders has been cleared to play after having only thrown two passes and being injured in game one. Although Sanders gives this Cowboys team a lift, he much like Burdy for Iowa State is not the focal point of this offense. That belongs junior running back Chuba Hubbard. Hubbard came back to Stillwater to do something special. The Cowboys were my preseason pick to win the Big 12 and I believe this year, they have the defense to make their dreams become a reality. If we look at two very important trends, Iowa State is 2-6 ATS in their last 8 games, and Oklahoma State is 7-2 ATS in their last 9. I am putting one unit on Oklahoma State to win and cover the 3 points.

Last week we took Clemson -14.5 first half vs Georgia Tech. That bet cashed with ease as the Tiger went on to win the first half 52-7. The Tigers are the class of the ACC and they made that more than obvious this season by defeating conference opponents by a combined score of 193 to 60. Although I fully expect the Tigers to cover the 46 points, we will focus our attention on the 1st quarter and 1st half. Clemson has outscored its opponents in the 1st quarter 48 to 7 and 124 to 27. Their opponent, Syracuse is having a season they wish they could forget. The Orangemen are 1-4 and are coming off back to back double-digit losses. One at the hands of the Liberty Flames. This Syracuse offense will be up against a wall all season vs this Clemson team who only allows 12 points per game while averaging 48 on offense. He 21-year-old QB Trevor Lawrence will continue his dominance and put up video game stats in the first half. We will be betting Clemson to cover in both the first quarter and the first half.

The line movement in this matchup has been interesting. The line opened at 7.5 then quickly moved to 6 and is now back up to 6.5. This will be one you would want to lock in now, because it will climb further before game time. The world knows last season the Hoosiers were one of the hottest teams in football going 8-4, something they had not done in over 26 seasons. They finished the season on a 7-3 ATS streak. This week will not be an extension of their hot start last season. James Franklin knows that this year, his Nittany Lions will make their own push to the College Football Playoffs. QB Sean Clifford returns for Penn State after having a phenomenal season. Throwing for 2,654 yards 23 TDs and 7 interceptions. Bad news for the Nittany Lions, lead back Journey Brown could possibly miss the season with an undisclosed medical condition. Penn State will likely turn to sophomore backs, Noah Cain and Devyn Ford. The duo combined for 737 yards and 11 TDs in last season’s campaign. With Penn State knowing the severity of this game, expect then to come out swinging and ready to win.