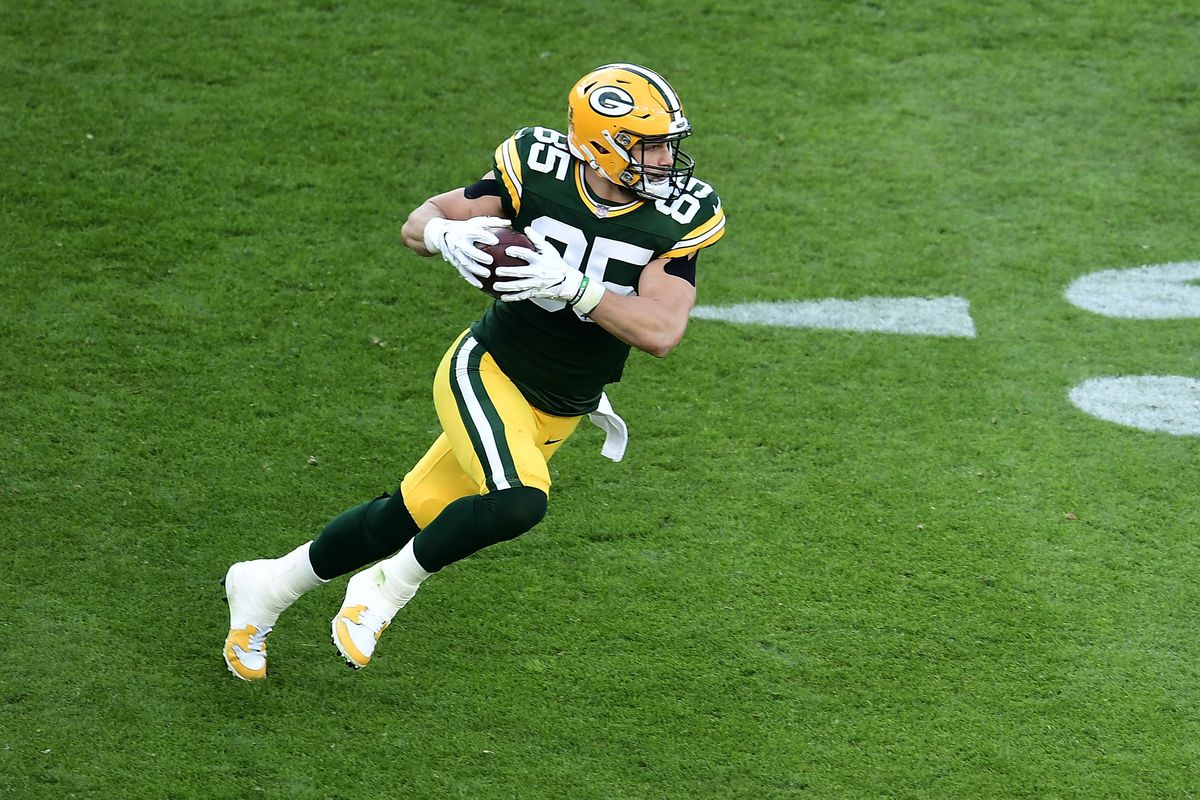 What’s up Karma Nation! Welcome to another edition of my prop bets article. In this article I will be outlining one of my favorite prop bets of the day. To find my other prop bets and all of the other staff’s favorite bets, make sure to sign up for the Premium package.

Tonyan has really emerged as a top TE option every week. He is TE5 on the season and TE4 since recoding his first reception in week 2. This includes a bye week for the Packers. Tonyan is tied for first on the season for TE touchdowns, with five, while only being 17th among TEs in targets with 26. Tonyan’s run seemed a little unsustainable, and this has held true over the last three games.

This is what happens when Rodgers doesn’t really trust anyone else in his offense. This leads to concentrated usage rates and touchdowns. Tonyan ranks 12th among TEs in red zone targets and 7th in end zone targets. He has managed to convert both of those into first among touchdowns in the red zone and end zone targets. With Rodgers as your QB it is easy to be that efficient.

Tonyan really hasn’t gotten much going for him since Adams was added back in the lineup, due to Adams high usage rate. Adams is running a route on 95% of Rodgers drop backs, and has a 35% target share. He's catching 40% of Rodgers completions, accounting for 42% of Rodgers passing yards, and accounting for 63% of the passing touchdowns, in the four full games he played this season. As we can see, there is not much left for anyone else in this offense.

More importantly, Tonyan has really taken a step back since Adams has joined the team again. In games Adams played, Tonyan is 21st in targets, 17th in receptions, 11th in yards, and 3rd in aDOT among TEs. He had 12 targets, 10 receptions, 136 yards, an aDOT of 9.83 yards, zero touchdowns, and one redzone target. He came in at 17th among TEs in fantasy points, with only 5.9 fantasy points per game.

Last game was only one of five games where Tonyan went for more than 36.5yards. This was mainly due to one long 45-yard reception. He isn’t a big deep threat for the Packers, so don’t expect that again in the near future. We can chalk that up to variance. We can combine that with positive game script for the Packers, leading to less pass attempts for Rodgers, and less targets for Tonyan. With Adams back, he only runs a route on 56% of all drop backs, has an 8% target share, catches 10% of Rodgers completions, has 12% of Rodgers total yards, and no touchdowns. Rodgers is only projected for around 240 passing yards according to karma projections and 280 passing yards according to the Vegas implied total. In turn, Tonyan should have around 24-28 yards, and two receptions on three targets.