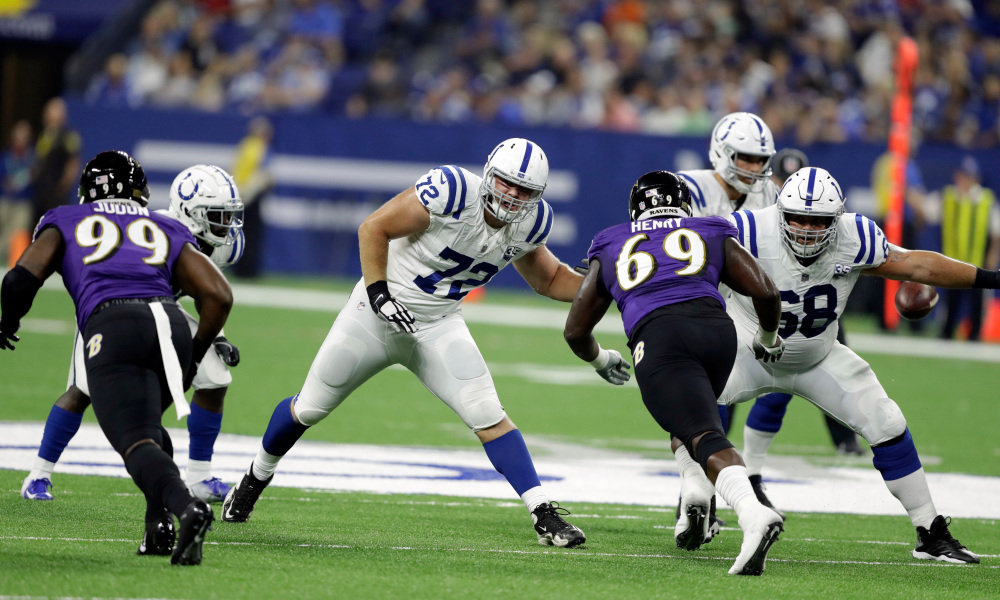 Old school football fans will look at this game and think of the long-standing rivalry. The Colts franchise was at one point in Baltimore until the owner moved them in the middle of the night to Indianapolis. This year, these teams are second place in their respective divisions. They are looking to keep pace with the first-place teams as well as compete for a wildcard if necessary. Both teams have solid defenses. They both are top five in points allowed. Both teams appear to show up against lower competition but struggle against very good teams. Lamar Jackson has not been nearly as mobile as he was last year. Phillip Rivers looked good last week. I am not sure if that was a product of his opponent, or if it is him turning the corner again. I anticipate a good matchup between two solid teams. I wonder which team will rise to the occasion and take this one?

The Kansas City Chiefs are looking like they are in rare form. They have put up an average of 39 points in their last two games. Despite how explosive they are, efficiency wise they are only the ninth best offense in the league. This comes from their below average rushing attack. I anticipate that they felt as if they needed help in the backfield. Therefore, Leveon Bell was signed. They get blessed by facing the second worst rushing defense in the NFL. To add to the misery of the Panthers’ rushing defense, they are also the second worst tackling team in the NFL. The Chiefs’ top five passing game should have some help being balanced with this great matchup for the run game. The Panthers generally play a clock control style of football. If they can sustain drives and keep Patrick Mahomes seated, they could make it interesting.

The Seattle Seahawks must travel east to take on the Buffalo Bills in a matchup between two playoff contenders. The Seahawks have been the talk of the town with their league leading offense and MVP candidate quarterback. The Bills have a mobile quarterback that loves to throw the ball all over the yard. I am interested in seeing how Seattle does traveling east after their big win against San Francisco. The Bills have a tough stretch of games upcoming, so they will want to get a win at home here to bolster their record. Looking at the Seahawks, most people think their overall defense is bad. It is not as bad as you think. The rushing defense is terrific, ranking second to only the Pittsburgh Steelers. The problem is that the Seahawks are poor at covering wide receivers. They also struggle to pressure the quarterback. A pass-happy Bills team should have good opportunity to get the ball where they want.

This division rematch pits two of the most interesting bad teams in the NFL against each other. The Houston Texans have a top five passing attack with a top five pass blocking offensive line. Deshawn Watson has plenty of opportunities and makes the most of them. The issue is that Watson usually must keep his team alive because of their defense. The Texans are bottom ten in pass rush, coverage, tackling and rushing defense. Teams do whatever they want against the Texans. That will usually lead to a poor record. The Jacksonville Jaguars are not much better defensively. Houston is the sixth worst defense in the league. Jacksonville is the fifth worst. With Gardner Minshew out, we will see Jake Luton starting at quarterback for the Jaguars. These two teams that haven't been able to stop their opponents will square off to try to stop one another.

The Denver Broncos will travel to Atlanta to take on one of the most one-dimensional offenses in the league. The Falcons are dead last in rushing and sixth best in passing. They say if you make a team one dimensional, you will beat them. That is shown by the Falcons’ record. They have been beaten often. Denver has the third best defense in the NFL, so perhaps they can take advantage of the Falcons’ lack of diversity. I view the Falcons as a very good team for three quarters. Unfortunately, NFL football games are four quarters long and they may be the worst fourth quarter team in the league. The problem for the Broncos is that the only offense worse than theirs is the Jets. Despite receiving another Anthony Lynn blessing which allowed them to win against the Los Angeles Chargers, they struggle at moving the ball. That is not a good look for Drew Lock and the Broncos.

This matchup is the NFC version of the Texans-Jaguars matchup. These teams have combined for the least amount of points scored this season than any other matchup on this slate. Both offenses are bad and there isn’t a nice way to put it. The Giants managed to skate by with a one-point victory in their first meeting this year. The sad part about this game is that realistically both teams are very alive for a playoff berth. If Washington wins, they will have the lead in the division with a .375 record halfway through the season. The awfulness of this division annoys me, but intrigues me at the same time. Daniel Jones continues to increase his turnover percentage with every game played. He has only had one career game without a turnover. This should be an interesting matchup, likely for the wrong reasons.

This is a division battle between two teams that recently changed cities. The Las Vegas Raiders will travel to Los Angeles to take on the Chargers. The Raiders are one of the most inconsistent teams in the NFL. They have games where they look very good. They then have games where they look lost, and the fact that they are the worst defense in the NFL shows its face. The Raiders are bottom ten in rushing defense. They are the worst team in the NFL when it comes to pass rush and pass coverage. Quarterbacks typically have all day to throw to receivers that face very little pressure. The Chargers are a middle of the road team that I feel like are better than their record. Anthony Lynn refuses to keep his foot on the gas when his team has a lead. This has led to another season of fourth quarter meltdowns and blown leads. I don't see either of these teams winning the AFC West, but this matchup should be tightly contested.

We go from a game that should be tightly contested to a game that appears to be a laugher. The Pittsburgh Steelers are the best defense in football by a lot. In my opinion, they are not the best team in the NFL. That is reserved for the Tampa Bay Buccaneers. The Steelers' offense still has some to be desired. Whether you view them as the best or second best, there is very little argument that they far out-class the Dallas Cowboys. This game outline is simple. The Steelers have the best defense in the NFL by a lot. The Cowboys have the second worst defense in the NFL. Ben DiNucci has been the butt of plenty of restaurant and NASCAR jokes. Hopefully he can find his footing in the NFL. The fact that this bad and injured Cowboys team is not yet out of the playoff hunt makes me laugh. Good luck with ending Pittsburgh's undefeated season.

I remember this time last year the Dolphins were the league's joke. They were giving up points in bunches. They truly looked like they would be bad for years. After they traded away some good players, it was believed that they were planning to tank. In 2020, the Dolphins have arrived to laugh back and those that were laughing at them. They abused The San Francisco 49ers, and their defense embarrassed Jared Goff and the Rams. They are 4-3 and right in the thick of things in the AFC east. Despite their defense not grading out as a top defense, the Dolphins have given up the least amount of points this season. They have given up less points than the Steelers, Colts, Ravens and Broncos. All these teams have played the same amount of games. WOW!  Arizona grades out as a middle of the pack team. They are looked at as a middle of the road team, although they defeated the best team in their division. I am very interested to see which of these teams are legit.

Follow me on twitter.   @Covermonster_ (Yes that is an underscore). I accept questions, praises, criticisms, etc. My mentions and DM’s are open!!