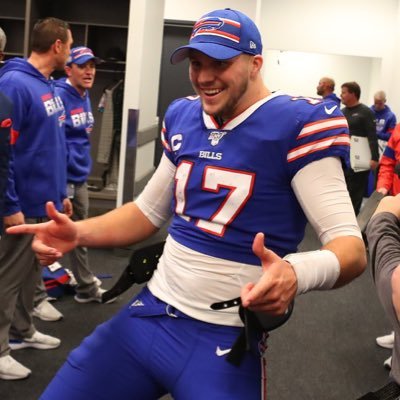 Get access to our proprietary NFL Prop Predictor by signing up for NFL Premium or MVP by going to BetKarma.com/Premium. Each week I will focus on one of the matchups featured in the Prop Predictor and give my 2 cents on what the betting model is telling us. For Week 9, I will also be focusing on the Seahawks/Bills game.

Moss is averaging 43% of snaps compared to Devin Singletary's 68%. Moss is averaging 1.6 targets/game and has two games where they did not even look at him. Moss has only exceeded 2.5 receptions in 2 games this season. Buffalo targets WR at a league high 73%. You should see even more of that against a Seattle secondary who gives up 358.7 passing yards/game. Our Karma projections have this prop at the highest difference, 55%, compared to the implied total making this the top prop for the game.

Singletary is a much better option for receiving than Moss. Singletary averages 3.8 targets/game and 2.6 receptions/game. He averages 19.9 receiving yards/game, and has exceeded 12.5 receiving yards in 6 of his 8 games. On average, Seattle allows over 49 receiving yards to running backs. The Bills keep a clean pocket, and are 12th for percentage of targets behind the line of scrimmage, so this tells me they utilize the screen. Our Karma projections have this at 16.38. With this game being the highest total on the slate, I expect this prop to exceed expectations.

This season Davis has averaged 2.9 targets/game and 1.9 receptions/game. He averages 25.6 receiving yards/game. From oldest to most recent, his target marketshare looks like this for the last three weeks: 4%, 7.3%, and 11%. Davis has 39% of his targets from 10-19 yards downfield. The Bills lead the league in 3 WR sets, running it 95% of the time. People may think Beasley is the #3 WR, but Davis has a higher snap rate at 70%, compared to Beasley’s 61%. Lastly, Davis runs more routes against zone coverages and Seattle runs zone coverage 73% of the time.

I am trying to wrap my head around this prop. I understand last week Brown was trying to get his feet back under him. This week against a dead last Seattle secondary, I see this hitting in the first half. Brown came back last week and played 81% of snaps, second highest for Buffalo receivers. His targets and receptions look bad from Week 8 because Allen only threw the ball 18 times, 9 of which went to Diggs. Buffalo ran the ball 38 times last week. Brown averages 4.8 targets/game, and 2.5 receptions/game. Seattle is currently favored by 3. This paints a picture where Buffalo will have to lean on the passing game to try and come back. I anticipate Brown to have plenty of chances tomorrow.